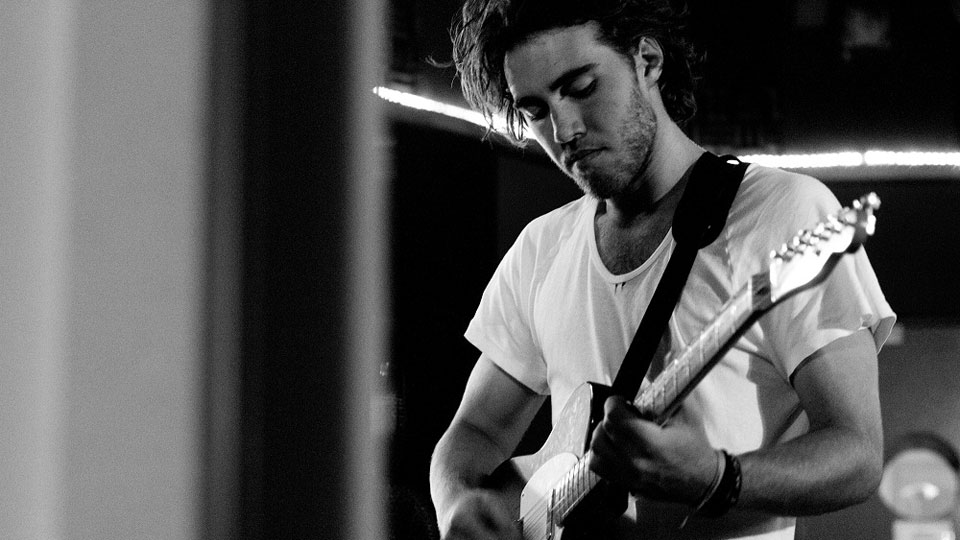 Australian singer-songwriter Matt Corby is making his way to the UK after building on the success he’s achieved in his native. A runner-up on the 2007 season of Australian Idol the 22-year-old possesses a voice that belies his years. He’s currently on tour in the UK and has just released his new EP Into The Flame.

Into The Flame opens with Brother, a song that starts off deceptively quiet before breaking out into a falsetto-ridden gem of an acoustic indie number. As the song progresses Corby sings from his gut showcasing a growling deep tone to his voice that makes you take notice.

The EP shows Corby’s versatility over its 4 tracks. The gentle bluesy beat of Untitled is the quietest moment on the record showcasing Corby’s gentler side whilst closer Big Eyes is a hushed duet that gentle carries along on an acoustic melody. The best moment comes on the soulful Souls A’fire which is driven along by electric guitar riffs whislt Corby’s vocal swoops and soars over the top.

Into The Flame is a raw, passionate and refreshing set of 4 songs that marks a new talent on the rise. Matt Corby will be one to look out for in 2013 and we think it’s going to be a big year for him. Oozing with talent and possessing a powerful voice, the world is his for the taking.

In this article:Australian Idol, Matt Corby