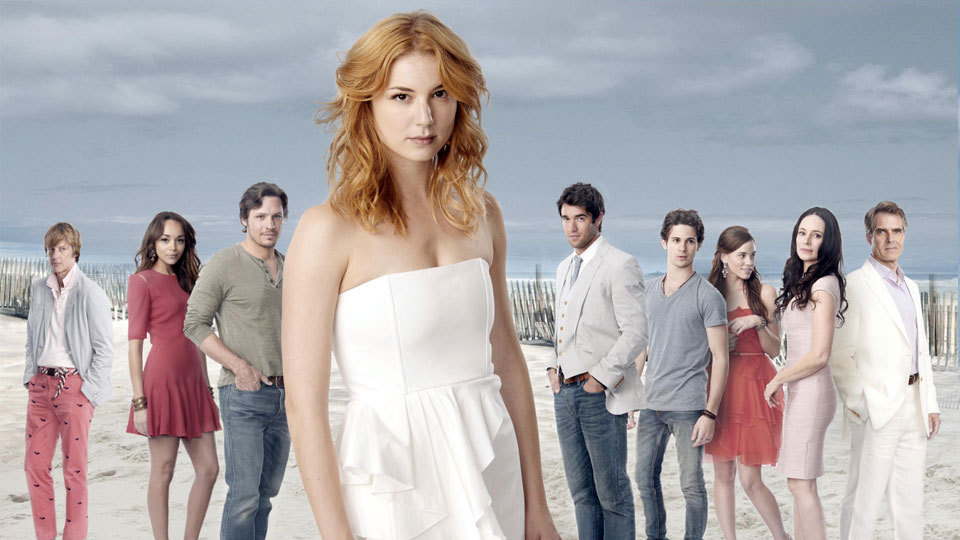 Emily Thorne (Emily VanCamp) appears to be a beautiful, wealthy and harmless young woman when she moves into a beach house in the Hamptons next door to wealthy couple Victoria (Madeleine Stowe) and Conrad (Henry Czerny) Grayson and their family. It soon transpires that Emily isn’t who she says she is and she’s actually in the Hamptons to exact revenge for the wrongful imprisonment and subsequent death of her father at the hands of the Grayson’s. With reluctant billionaire sidekick Nolan (Gabriel Mann) Emily targets the Grayson’s through their two children; playboy Daniel (Joshua Bowman) and rebellious Charlotte (Christa B. Allen). Soon Emily’s plan begins to spiral out of control and she finds herself involved in something much bigger than she could have anticipated.

Revenge has been one of the best new TV shows of the year and is one of the most addictive we’ve seen in quite some time. With multi-layered plots, great character development and a superb cast, the show goes from strength-to-strength over the course of the first season’s 22 episodes. The first handful of episodes find Emily targeting different people in each one but soon the over-riding story arc takes over and Emily’s hatred of the Graysons is slowly revealed. There are lots of flashbacks as Emily remembers events from her childhood and memories of her father as she finds her way with her revenge plot.

Part of the fun of Revenge is that it is total escapism and you know that it’s highly unlikely that Emily’s plan could succeed in the real world. The show knows what it is and doesn’t try to pretend to be anything it’s not and that’s one of the reasons we love it so much.  Alongside Emily’s revenge plot there are lots of other storylines going on involving Jack Porter (Nick Wechsler) and his family who Emily knows from her past. There’s also the issue of Emily’s former detention centre cell-mate Amanda Clarke (Margarita Levieva) who turns up causing all kinds of havoc.

The cast are uniformly excellent. The gorgeous Emily VanCamp moves away from the girl next door image she had inBrothers & Sisters completely convincing as the ruthless Emily Thorne. She carries much of the show and her scenes with Madeleine Stowe are the best in the show. The two characters hate each other but there’s some sick pleasure in watching their forced pleasantries every time they meet. Gabriel Mann is another highlight of the show playing the deliciously camp and sexually ambiguous Nolan Ross. His chemistry with VanCamp is magnificent.

For its DVD release Revenge is absolutely packed with extras. From music videos, bloopers and deleted scenes through to featurettes taking you behind-the-scenes of the show, there’s plenty to sink your teeth into. Our favourite isNolan Ross Exposed which finds the billionaire being interviewed about his past.

Revenge is TV at its absolute best and if you can forgive a few far-fetched twists then you’ll love it. It’s a bit like 24 in that you can’t just watch one episode you end up watching several in one go. With more twists and turns that you can shake a stick at, Revenge is the best show of the year and we can’t wait for its second season to start in the UK. Emily Thorne, you make revenge look so appealing!