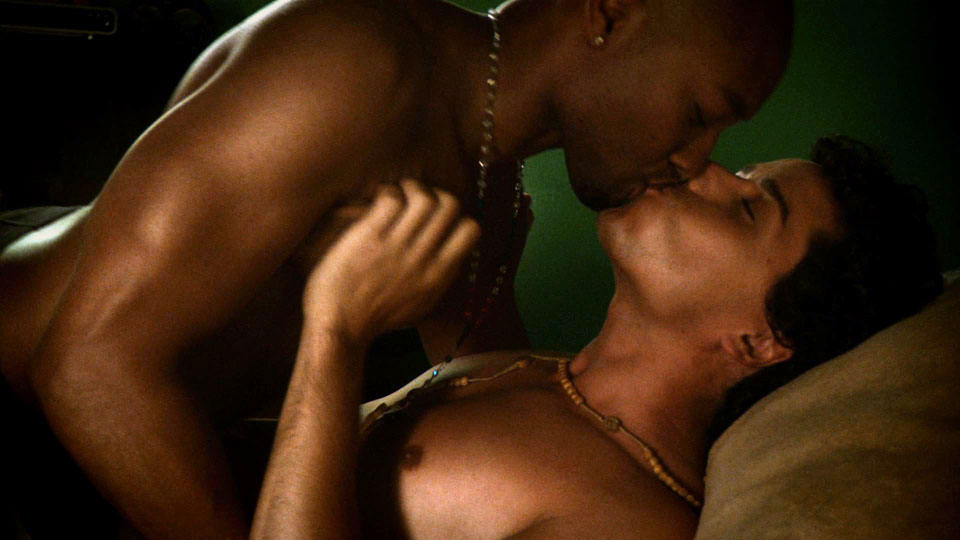 Terracino is a native of New York and was born in Queens. The writer, director and producer made his feature film debut this year with Elliot Loves.

Elliot Loves has just been released on DVD here in the UK so we thought we’d have a quick chat with Terracino to find out more about it.

In our interview he talks about the making of the film, his memories from the set and his latest projects.

How are you today? What were you doing before this Q&A?

Cardio at the gym. I’ve gained 13 lbs on the festival circuit!

Your film Elliot Loves is out on DVD in the UK. Tell us what it’s all about.

A comedy-drama about a Latino American at two stages of his life: as a nine-year-old who is best friend and sidekick to his young, overwhelmed single mother; and as a 21-year-old looking for love in New York City.

Elliot can generally be described as a “coming-of-age” film. But I think with its animation and visual effects, and given the fact that it tackles issues of race and sexuality, Elliot is a pretty ambitious coming-of-age film. (If I do say so myself!)

After my short film, My Polish Waiter, played festivals like Sundance and New Directors/New Films, I got a big agent and was working in Hollywood. I was confronted by an incredible amount of racism and homophobia out there. It really took me aback. The experience led me to feel strongly that I should get my own story out there and tell it on my own terms, in my own unique and unusual way. Thus Elliot was born.

The split narrative is a really interesting way to tell the story. Why did you decide to use it?

I didn’t want to utilize the cliché of flashbacks. I wanted to show what it is like to be 21 years old, enjoying life in the big city, yet utterly breaking down, falling apart inside, and not knowing it. I wanted the audience to know who Elliot was as a kid and who he is at 21 — and then have those worlds collide.  Though Elliot is essentially a comedy, I was influenced by The Double Life of Veronique, a film I adore.

Tell us about the casting process. How easy was it to find the right actors for this project?

It took forever to cast the lead of 21 year old Elliot (Fabio Costaprado). I saw Fabio in a silent short and I remember shouting, “That’s him! That’s exactly what I want!”

Aside from Fabio, much of the casting was done by Kerry Barden and Paul Schnee (The Help, Boys Don’t Cry). In contrast to the difficulties in finding the right adult Elliot, Quentin Davis Araujo walked in on the first day of casting for nine year old Elliot and he just nailed it! He was perfect from the jump.

Elena Good was the first actor cast in the film – back in 2006! She stuck by us through three years of setbacks – money falling through, production companies who had our rights abruptly shutting down. It was a looong process to get Elliot going and Elena was on board for most of it.

What’s your favourite memory from the shoot?

The very first day! Shooting all the bathroom scenes with young Quentin: Elliot on the toilet and in the tub narrating his life. We had a ball!

This was your feature film debut as both a writer and director. What is the biggest lesson you learned?

Be wary of cast members dating during production. Lol. You have to listen to the DVD audio commentary for more about that…

What do you hope that people take away from Elliot Loves?

The importance of forgiveness, of letting go and moving on.

I am working on a TV pilot and I have a new film script I am polishing right now.

What will you be doing for the festive season this year?

Some cast members and I are throwing a great big New Year’s Eve party to celebrate our great year!

Elliot Loves is available on DVD now through TLA Releasing.