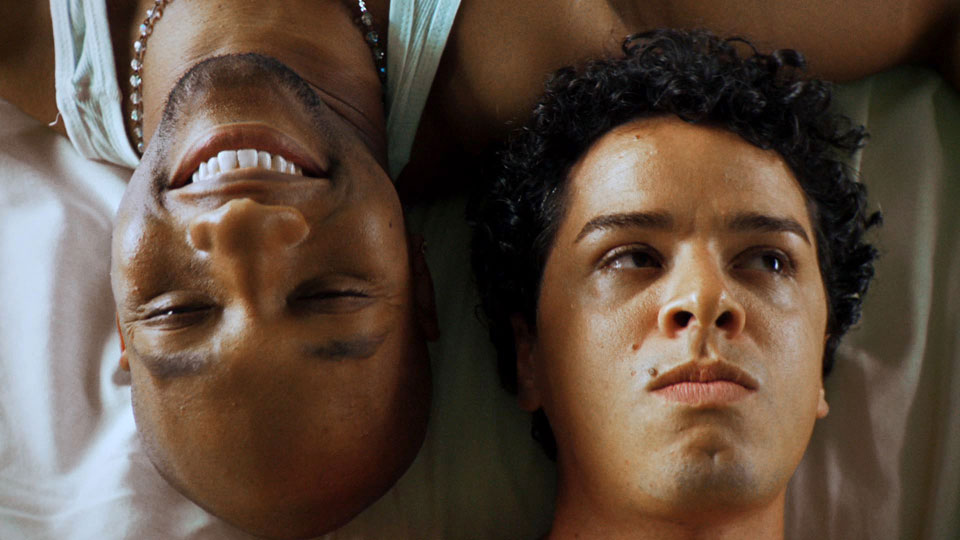 Elliot (Fabio Costaprado) is a young gay man that’s unlucky in love. Aged 21 the idealistic dreamer longs to be in a loving relationship but can’t seem to maintain a romance that lasts more than a few weeks. When go-go boy Kiko (Jermaine Montell) takes an interest, Elliot jumps in with both feet but can he make this relationship work? As flashbacks from his childhood explain his troubled past, it soon becomes clear that maybe Elliot isn’t yet equipped to deal with a real relationship.

Elliot Loves is the feature film debut from writer/director Terracino and uses a split narrative to tell the story of its titular character. As the film flashes from present to past, we learn why Elliot struggles with his love life but constantly craves love. As a 10-year-old child he had a rocky relationship with his young mother (Elena Goode) and was frequently beaten by her boyfriend. In the present Elliot is boundlessly optimistic often scaring away potential love interests with his over-eager nature.

At the beginning of the film Elliot picks up a guy in a bar and immediately decides he’s ‘the one’. Unfortunately when he wakes up the next morning he discovers his latest catch has an open relationship and was just looking for a hook-up. This is just one example over the course of the movie where Elliot doesn’t take the time to understand the situation he’s in before jumping into it carefree.

Terracino paints the portrait of a young man that is so desperate for love to try and make up for the trouble in his past. Elliot wants love at any expense and believes it will help heal the scars of his past. What he should be doing is making peace with his mother and finding help to overcome the horrible memories of his childhood. Fabio Costaprado plays Elliot a little over-the-top in order to bring the character’s endless optimism to life but it’s Quentin Araujo who plays the 10-year-old Elliot that steals the movie putting in a performance far beyond his young years.

Elliot Loves is a sweet movie in parts but it doesn’t do enough with the present day narrative to fully explore what happened in the past narrative. Elliot seems almost too carefree considering what he’s been through and some reconciliation of his troubled past would have made the story that bit stronger. For the most part we enjoyed Elliot Loves but it could have made more impact by closer tying the past and present together with a more defined cause and effect.