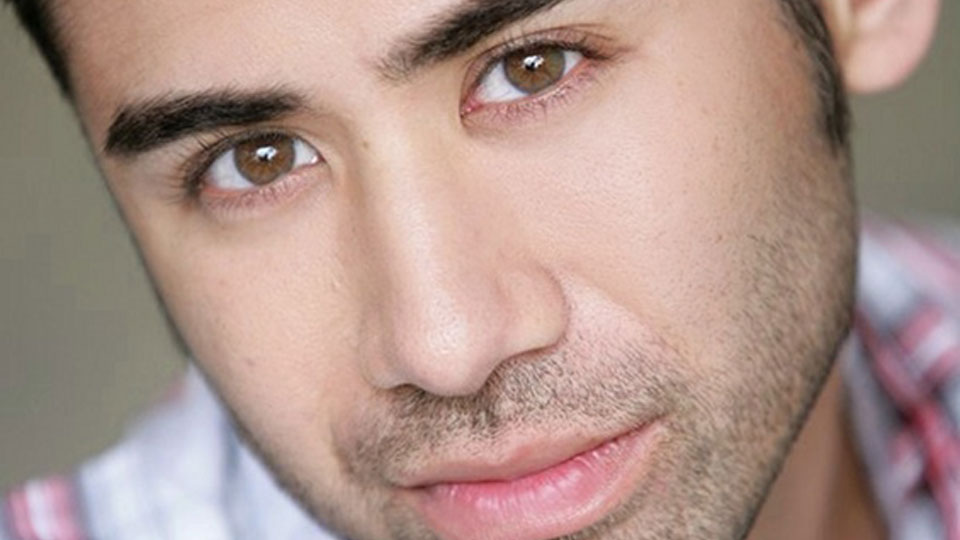 Day 2 of our Hollywood’s Hottest week is here and we got off to a spectacular start with model and dancer Steven Dehler yesterday.

Today we’re moving the Hollywood’s Hottest spotlight onto Matt Palazzolo, actor, writer and creator of hit online web series Bloomers. Matt first came to our attention thanks to his feisty performance in Keith Hartman’s debut movie You Should Meet My Son.

Matt, how are you? Where does this Q&A find you?

Hi Pip! I’m very excited to be doing an interview for Entertainment Focus. As you probably know, I’m a huge fan of the site. I think you guys have great content and it’s great to be a part of that.

You’re currently shooting the second season of ‘Bloomers’. Tell us how that’s going.

Yes, just last week we started production on season 2 of the online TV series, Bloomers, that I produce, write, and act in. As with all projects, we had a few hiccups on the first few days, but we have really gotten our stride. The footage looks amazing. I’m really honoured to be working with this cast and crew. It’s relieving to know that the directors, DP, producer, & entire crew are so skilled because it allows me to relax on set and do my job as an actor. However – having so many talented actors on set does the opposite, haha, but in a good way. I’m constantly on my toes trying to bring my A game.

As you know we loved the first season. Are there any juicy tidbits you can tell us about the new season?

Hmmm, well, let’s see. Every character from season 1 is back for season 2 and each of them are getting put through the wringer this time around. Francesca still has to sort out her pregnancy. Clarissa finds herself falling for someone she would not have ever dreamed she’d be attracted to. My character Brooke, gets a very textured season (I guess it pays to be a writer and an actor). His work life is starting up and so is his love life. By the end of the season he will be tested both emotionally and physically… and I’ll leave it at that. OH — and we also find out a lot more about that time Brooke lied to his ex about being a spy. Sean Hemeon, star of Husbands, is coming in for a multiple episode arc involving Brooke. We also have a few other awesome guest stars including Emmy winner Darin Brooks & Olympian Tai Babilonia. And our two incredible directors from season 1, Tim Russ & Henryk Cymerman, are also back this time around.

The reaction to the first season of ‘Bloomers’ was really positive. How do you feel about the reception it received?

I was blown away by the reception for season 1. I mean, we knew from the beginning that we were making something of good quality, but we had no idea that so many people would fall in love with these characters. It has definitely motivated us to raise the bar for season 2.

What was your aim when you first set out to create ‘Bloomers’?

When I first started writing Bloomers, it was the intention of Fernanda Espíndola (the other Executive Producer & star) and mine to create acting jobs for ourselves and our friends. Goodness, we had no idea what we were getting ourselves into.

One of the key draws of the show is the great chemistry between the cast. How did you assemble such a great cast and foster that chemistry?

Thank you for the compliment. I’m sure the cast will love to hear that. Fernanda and I assembled the cast by turning to our friends. In fact, most of the characters were written specifically for people we knew – and that’s why the chemistry between the actors is there — most of us have known each other for so long, both as actors and as friends. A lot of us even met in acting class years back. Honestly, we lucked out by having so many good fun friends who also happened to be hardworking actors.

You recently ran an IndieGoGo campaign to raise the money to shoot the second season. Why did you decide to do that?

As I said before, we really raised the bar for season 2… and raising the bar requires more cash, haha. It’s hard to find investors in general, but especially for long form scripted content on the web – so we thought, why not try to get a few dollars from everyone we know? It worked out nicely.

The independent route is proving to be more and more popular for film-makers. How hard is it to get your voice heard and find an audience?

This is an extremely important question. The answer: Oy! It’s extremely difficult to be heard through the crowd, especially a crowd full of so many talented writers, actors, directors, and producers. So the short answer to your question is: you just keep creating, keep telling people about what your creating, keep surrounding yourself with people who have a high standard for creating, and hope something sticks — and never give up.

You’ve just completed filming on Keith Hartman’s new movie ‘Real Heroes’. Tell us about that project and how you got involved.

This is actually the second of Keith’s features that I acted in. In his first film, You Should Meet My Son, I played a very mischievous drag queen. After that Keith was kind enough to bring me in to audition for Real Heroes. I play Psychic Sam, a very lazy psychic – the best part about the role is that this time I don’t have to wear heels. Haha! Real Heroesis a mockumentary about a group of washed up super heroes joining a reality show. Just the concept itself is fantastic. Keith is a wonderful director to work with. He really lets actors play.

Finally pitch to our readers why they should tune into ‘Bloomers’.

Bloomers is a comedy about an unexpected group of friends learning new ways to love, work, & laugh in Downtown Los Angeles. The best way to describe it is… it’s like Grey’s Anatomy, but minus the medicine and with lots of underwear. What exactly does that mean? You’ll have to check it out.