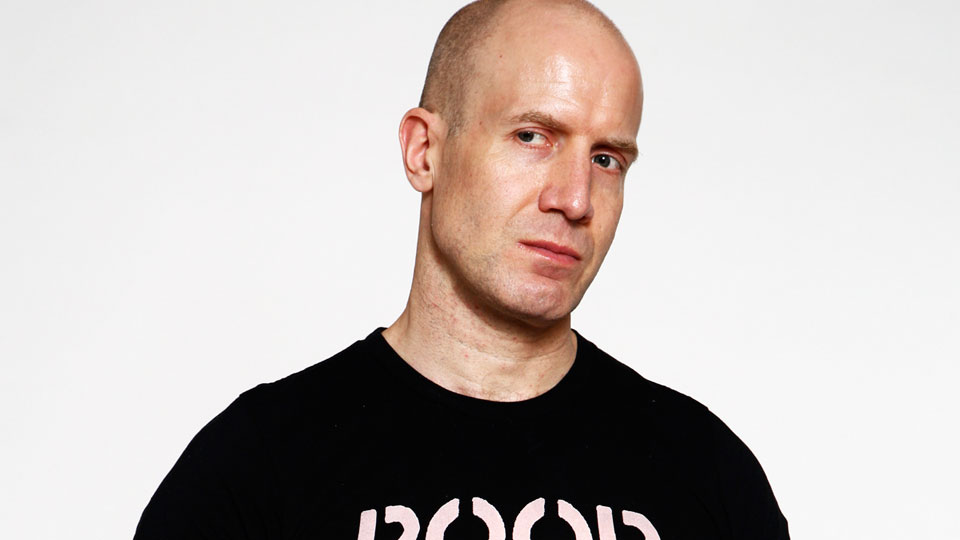 Todd Verow grew up in Bangor, Maine but now resides in New York City where he’s busy as a writer, director and actor.

Since the late 80s, Todd has been pretty prolific as a director and debuted his writing skills in 1995 with his movie Frisk. This week sees the release of Todd’s latest feature Bad Boy Street.

We caught up with Todd to talk about the movie, discuss the rather hot cast and to find out how he finds the time to pack everything in.

Your movie ‘Bad Boy Street’ is being released on DVD in the UK. Tell us about the movie.

Bad Boy Street is a movie about love, romance and chance encounters. It is about an unexpected relationship that developes between an older man and a young guy. This is quite a departure for me, my movies are usually about violence, death, drugs, sex, etc. (Don’t worry Bad Boy Street is definitely about sex). This was a challenge for me but I am very happy with how the movie came out and how audiences have been receiving it.

You wrote, directed and even have a small role in the movie. How did you find juggling all three and which one do you prefer?

Yes, like I said I like to keep busy. I went to art school (RISD) and started out making short experimental movies so for me making movies was always about doing everything and I enjoy all aspects of film-making. I think I probably like filming/directing the best because I really enjoy working/collaborating with actors. The hardest thing for me is acting in my own movies but I enjoy doing a little part when I can. I love that I am a “bad guy” in Bad Boy Street.

Where did the inspiration for the movie come from? Is it based on events from your life or is it completely fictional?

All of my movies are at least partially based on things that have really happened to me. I did have a romance in Paris, well several actually, and parts of the two lead characters are based on me at various times in my life. Yes, I have passed out on many streets and woken up in many strange places and picked up strangers and fallen in love with them.

Tell us about the casting process for the movie. You found two perfect lead actors. How did you discover them?

Yann de Monterno (Claude) I have known for many years. I met him in a bar in Paris actually about ten years ago. So we have been friends for a long time and he has had small parts in several of my movies. When I came up with the idea for Bad Boy Street I had him in mind for the lead. I enjoy working with him very much and he is a fantastic actor. The part of Kevin was much harder to cast, it wasn’t until the last moment that a friend suggested Kevin Miranda (Brad) to me. I actually didn’t meet him until I arrived in Paris to begin preparations for shooting so I was very nervous, would he be good? Would he and Yann be good together? When I met him I knew he was perfect for the part and the chemistry Yann had with him was very electric. Florence D’Azemar (Catherine) I had met once years ago and she is good friends with Yann so I knew she would be great.

What kind of a director are you? Are you very prescriptive to your actors or do you encourage improvisation?

I love to have my actors improvise, be in the moment. I love to play. I shoot my own movies so what I like to do is go over scenes with the actors and then film the scene like it is a documentary. I like to keep rolling and see what happens in a scene. I am also an editor so when I am shooting I am figuring out how it is all going to piece together. I like to have fun and for my actors to have fun too.

Looking back at the movie, is there anything you would do differently now you’ve seen the end product?

I don’t think I would do anything differently, we were very lucky when we were shooting this that everything went so well. I would have liked more time because it was exhausting and we didn’t really have a break while we were shooting, we shot the entire movie in 9 days, but I am very pleased with my actors and the movie.

What do you hope that audiences take away from the movie?

I hope they will leave the movie feeling good and realizing that you can find love anywhere you just have to let it in.

We noticed you had a small role in ‘Sex and the City 2’. How did that come about and what was that experience like?

Yes, I have a very, very small role in Sex and the City 2. They approached me about being an extra in the wedding scene; they wanted real New York City gay men ha ha. It was a lot of fun but long, we shoot that scene for 6 days! The behind-the-scenes were very interesting, all those NYC gays in one place for that long you can imagine ha ha. I actually did it for research too for Bad Boy Street and for another movie I want to make called The Stand In about an actor who works as a stand in for a big closeted Hollywood star. I spent a lot of time talking with Sarah Jessica Parker’s stand in (who has worked with her for years) for part of my research. Oh and yes the girls all looked great in person and were all very friendly and nice.

What other projects do you have coming up in the future?

I have a new feature called Tumbledown that I just finished, it is much darker but does have a rather sweet romance at its centre. I guess I am a big softy after all, blush. I also have a couple of movie that take place in LA that I want to make, The Stand In and First, Last & Always. Like I said I like to keep busy.

‘Bad Boy Street’ is available to own on DVD now through TLA Releasing.