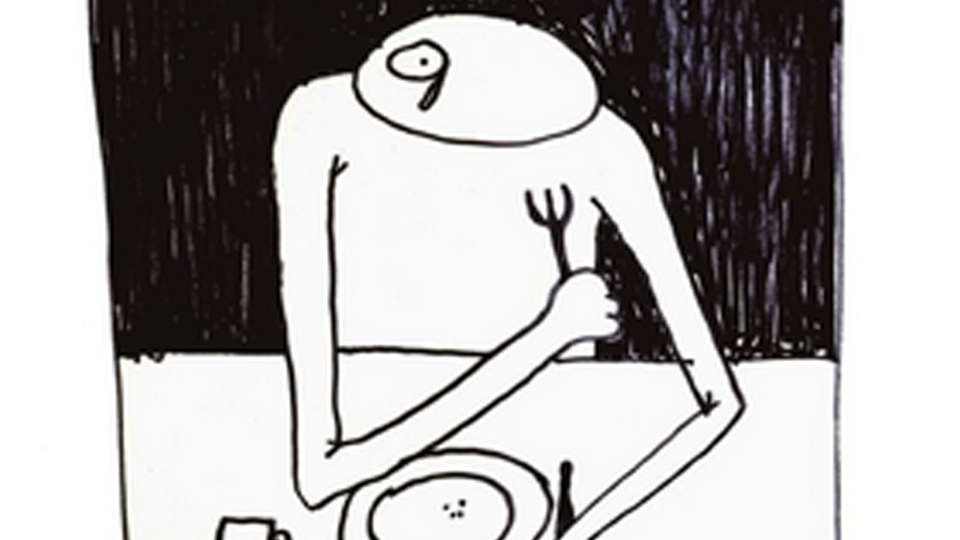 It’s always a pleasure to view life from a fresh angle, and that’s the great joy of The Boy Who Loved Simone Simon, a series of eleven beautifully-written but bizarre stories (or ‘Serio-Comic Phantasies’ as the subheading puts it) from the fevered mind of Stephen Mosley.

The stories are all written in the same elegant style, where nightmarish qualities deriving from moments of magic realism heighten the reality until the end result is akin to a fitful night with a high temperature and too much stilton flowing through one’s veins. In a memorably grotesque piece, our hero visits his dentist: a terrifying scenario for most people but, the narrator assures us, “…it was a good thing I enjoyed having my teeth drilled.” What ensues is a scene of carnage and mutilation that makes Marathon Man look like Patch Adams, and with some vivid imagery, the story ofThe Dentist is not for the faint-hearted. What makes it so original is the plan of revenge that the narrator decides to enact upon his sadistic dentist for mangling his mouth, which is so ridiculous and pathetically attempted that the end result is simultaneously distressing and hilarious – a hallmark of Mosley’s fictional world.

There are recurring strands that run through each of Mosley’s self-contained narratives that trouble, amuse or obsess the author (or possibly a combination, if not all three). The most compelling is film stars of the bygone monochrome era, but more specifically, stars of B-movie horror flicks. The story that lends its title to the collection, The Boy Who Loved Simone Simon, recounts a young man’s obsession with the dead French screen siren who made Cat Peoplesuch a classic. Nothing wrong with that, you might think; but when he takes on a new job as a copy boy, and the photocopier falls in love with him, feeling bitter jealousy towards the picture of Simone Simon he keeps on the office wall, it’s a doomed romance that can only end one way…

The unusual contexts of much of Mosley’s work lend them an amusing and surreal quality, especially because for the most part the prose is played perfectly straight. Witness the small group of Lon Chaney fans who dress up in their hero’s familiar big-screen guises and gather in a pub in Leeds, only communicating in silent movie fashion by writing brief captions to one another. Naturally, they’re all in love with the same barmaid, and before you know it, Mosley has them all imperilled in a nearby canal for reasons that are perfectly valid, if unlikely.

Besides the obsession with old horror film stars there’s also a recurrent strand of physical deformity, though Mosley often mixes the two for comic effect. Blessed with a delightful turn of phrase, he knocks out lines such as, “She looks a bit like Peter Lorre, but that’s fetching in a girl.” The narrator of each story is generally a lonely character full of idealised but unrequited love; and refreshingly the object of his obsession (there’s a strong stalkerish undercurrent to all of Mosley’s infatuated heroes) is normally either a strange creature or one blessed with physical deformity; whether green-skinned, hunchbacked, or unfortunately changed into a fish (metamorphosis being another recurrent theme).  Midgets, vampires, skin complaints and inappropriately-worn pyjamas pop up a fair amount too, making you wonder what on earth goes on inside Mosley’s head.

The Boy Who Loved Simone Simon is beautifully written and very funny with a strong and original narrative voice. With such a confident command of normalising the ridiculous to comic effect, and with a keen interest in certain threads that help to create a distinctive world, it would be interesting to see Mosley turn his hand to writing a full-length novel in this vein. The short-stories are delightful, but it’s generally an unpopular medium. There’s no reason with this introductory showcase why Mosley’s vivid fantasy world and cast of grotesques couldn’t populate a full-length book, as at many times the humour and magic realism so inextricably built into the prose is strongly redolent of Salman Rushdie’s oeuvre; where rich, unusual and supernatural situations are presented as everyday. Rushdie’s popularity and success is an indication that the kind of world Mosley creates will find wide appeal, or even just a strong appeal to the niche market of the well-read who enjoy bathing in comical surrealism.

Whilst some of the stories are stronger than others, they are all rewardingly funny. There are great gags in The Work of the Vampyres (never afraid of a punchy opening, Mosley provides a knockout second, and indeed third line) that allow the reader to forgive a hasty and confusing resolution; and other stories, such as Lovesick and The Genius, make serious points about the natures and consequences of love and genius that disguise the apparent flippancy of the scenarios.

The Boy Who Loved Simone Simon is also beautifully illustrated by the author, whose sketches are as evocative as the prose, reinforcing the melancholic, surreal and disquieting yearning that is the hallmark of Mosley’s style.