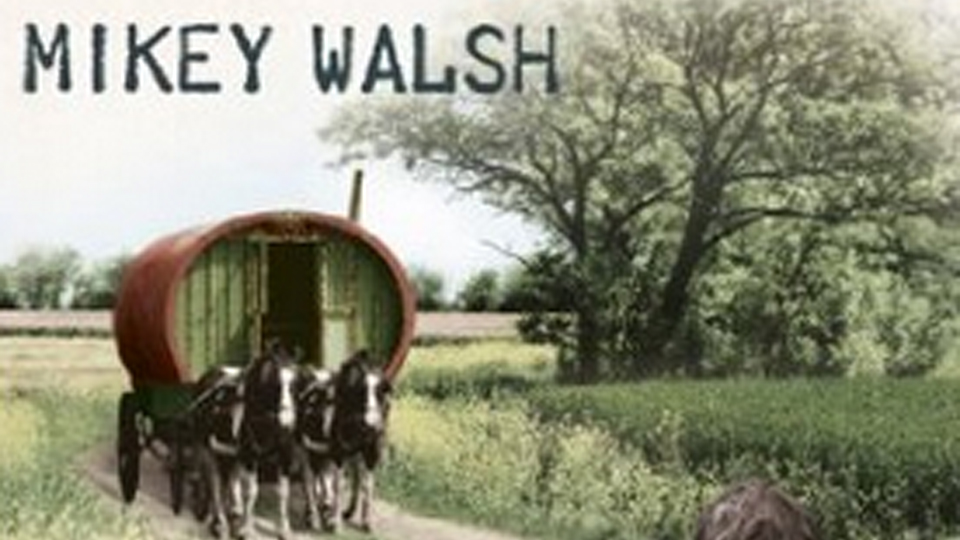 The hallmark of a great storyteller is that you hang off their every word; and their tale stays with you forever. That was the reaction to Gypsy Boy, Mikey Walsh’s memoir of the first fifteen years of his life, from his childhood in a Romany Gypsy community to the wrench of leaving and starting a new life without his family at the age of fifteen.

With virtually no publicity it became a bestseller – almost unheard of in the publishing world – thanks entirely to the power of the tale and the indomitable Gypsy spirit of the author that captured the imaginations of readers worldwide and spread by word of mouth. It’s an astonishing story: sometimes brutal, other times hilarious, but always moving. It left questions unanswered, and readers desperate to know more.

Gypsy Boy On The Run fulfils that need, as Walsh returns to his memoirs, fleshing out the events around and after he ran away, with a condensed retelling of why he had no choice but to leave. Born into a family of prize-fighters, his father pinned all his hopes on his eldest son following his destiny of becoming a famed Gypsy fighter. Mikey was a sensitive boy who deplored violence and whose talents and strengths lay elsewhere. In order to survive, Mikey breaks all the rules. Knowing that his homosexuality will never be accepted within his community, he does the unthinkable and associates with Gorgias (non-Gypsies); and then hatches a plan with Caleb, his first boyfriend, to run away from home and start a new life, knowing full well that to leave would mean never returning and to stay would probably kill him. It’s an awful choice to make, but Mikey does what he has to in order to survive.

The involvement of the young man, Caleb, who helped Mikey escape, is more fully explained here. The enormous risk he takes in reaching out a hand to Mikey and offering him the possibility of another life in another world is a superhuman gesture; but the relentless pressure of Mikey’s father’s search for his son, and the beatings Caleb endures as the Gypsies close in on them takes its toll on his psyche. It’s heartbreaking to read of the disintegration of Caleb, but Mikey never shies away from the searing honesty that’s the hallmark of his writing style, and Caleb’s gradual decline into paranoia structures the first part of the book. There is a heartrending scene in which Caleb delivers Mikey a recording that his mother has made telling him how much she misses him, which suffocates Mikey with guilt as he feels he owes both Caleb and his mother his undying devotion. He also knows that without Caleb, he’ll lose all contact with his family and have to start his life from scratch all over again, a stranger to everyone and alone in the world.

Gypsy Boy On the Run is an appropriate title since Mikey remains a restless spirit throughout much of it; but always with the bravery to fundamentally change his life when he knows he has to. Wherever Mikey tries to settle, he finds himself looking over his shoulder and unable to find peace, hunted and haunted by ghosts from his past, when all he wants is to find acceptance and a place to belong.

Some moments that make you laugh, such as his account of his relationship with a boyfriend called Glyn, later come back to haunt you as Glyn’s eccentricities point towards craziness. The book continues the theme of survival; and whether it’s his father, Caleb or Glyn; Mikey always manages to pick himself up, dust himself down and soldier on.

The Romany Gypsy community so vividly and fondly described in the first book couldn’t be any further removed from the gay scene in Manchester that forms the backdrop to this one. Walsh’s gift for describing people vividly and pithily is put to good use with the colourful crowd of new faces he meets there. He maintains the sense of childlike awe and wonder as he finds his way in a totally alien world as he works in various bars and burger joints, slowly finding his feet. The development of feeling, from early excitement to later dissatisfaction, is something that Walsh captures as well as any other great writer, and it’s a recurring theme of the book. His restless spirit is forever driven on to make changes to his life when he needs to, whether it’s moving to a new place or battling for a formal education in drama school, and he’s not afraid to be honest with himself and make tough decisions; constantly dying, constantly reborn.

These are the themes that bubble through the second memoir, taking over prominence from the extraordinary childhood reminiscences that made Gypsy Boy such a brilliant read. There are occasional flashbacks, always lucidly painted, to childhood moments; most memorably a time Mikey nearly drowned and was rescued by his father; another time when he was given an adorable puppy (with a decidedly inappropriate name!) as a present; and recollection of his sister setting up a frog hospital after an unexpected infestation of amphibians. They are fondly recalled echoes of a lifestyle under threat of extinction, but a proud one with its own culture and customs, such as the “sitting up” that is observed after a death. The visual writing style of the author conjures rich and vibrant images in the mind of the audience.

Gypsy Boy On The Run also answers the other question that often arose amongst critics and readers of Gypsy Boy – Mikey’s loving attitude towards his father (this book is dedicated to him), who fulfils the literary role of antagonist in the first book. Why he holds no ill-feeling towards his father is explained in On The Run, and the developing relationship between the two with the uneasy search for mutual understanding and respect is one of the most touching aspects, where simple words spoken by a man only comfortable expressing anger take on a profoundly affecting quality. Walsh has an innate understanding of human nature, which is partly what makes him a fine storyteller, but it’s also how he’s able to generously assess the people in his life, remaining non-judgemental and fiercely loyal to the culture that shaped him.

There is, I believe, a deeper, primal fascination in the story of nomadic cultures that dates back to pre-history, before the human race settled in small villages, cultivating crops and domesticating animals. The unnatural adaptation to stay in one place is what catalysed the agricultural and technological revolutions. Yet there were those who defied the trend and kept on the move, keeping intuitively aligned with the early human spirit. They were small societies that developed their own highly distinctive cultures that were too busy with day-to-day survival to keep pace with the cultural changes of the settled world around them. Hence the enduring fascination outsiders have with nomads like the Romany Gypsies, whose traditions and way of life recall that residual instinct buried deep in the human past. BothGypsy Boy memoirs are astonishing and privileged insights from within of a community now almost stifled out of existence by the surrounding modern culture.

It’s also an essential read for younger people as a response to the profoundly ignorant idea propagated by (amongst others) religious communities that sexuality is somehow a choice. There are horrendous acts of homophobic violence recounted in the book that act as a haunting consciousness-raiser on this issue. Whilst equality for gay people has come a long way, ignorance, bigotry and violent intolerance still abounds even in the most liberal of societies, and Walsh’s books can play a fundamental part in breaking down barriers and raising awareness, whether or not that was ever his intention.

Gypsy Boy On The Run is a universal story of a restless spirit looking for love, peace, and a place to call his own. He’s driven by the need to survive, and although at times he suffers terribly at the hands of others, he never loses his faith in humanity, the possibility of kindness and finding acceptance and love. Mikey Walsh’s writing is overwhelmingly optimistic and courageous, and can inspire anybody that change is possible, and any obstacles, no matter how seemingly insurmountable, can be overcome.

However the story of Mikey Walsh’s life touches you, Gypsy Boy On The Run is likely to resonate deeply and reach as wide an audience as his first book. If you loved Gypsy Boy, you’ll love this one too. It’s a powerful story, full of wisdom and wit, and an astonishing ability to personalise the telling of it. It’s a beautifully told account of a remarkable life, written in a unique and engaging voice. Once read, never forgotten.