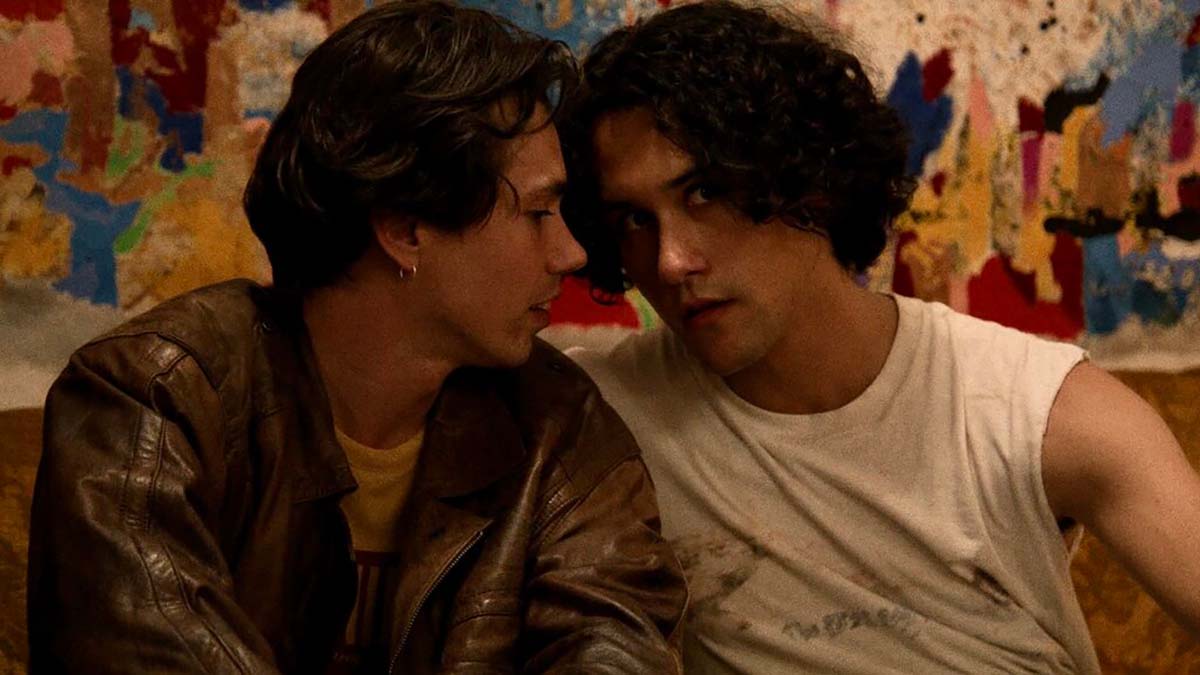 Adam in Fragments - Trailer from TLA Releasing on Vimeo.

Adam (Beau Swartz) returns to hustling in a bid to protect young adult film star Lucy (Keiva Bradley), who is being terrorised by controlling pimp Felix (Francisco Antonio). Quickly growing uncomfortable with the type of ‘Johns’ Felix is sending his way, Adam and Lucy make a getaway plan but that decision lands them in a huge amount of trouble and plummets Adam into a downward spiral of violence.

‘Adam in Fragments’ was originally released as a series on Dekkoo but for this release, it’s been edited together as a feature-length film. Attempting to explore the underground sex trade in Los Angeles, the film doesn’t hold back in its depiction of what life is like for a hustler. We see Adam hooking up with a number of men from the nice Nathan (Jonathan Miller) who is hoping to making a genuine connection to a series of men who don’t think twice about being violent and aggressive towards him to get their kicks.

Similarly, we get to see Lucy’s struggle to make it as an adult film star, albeit through conversations she has with Adam rather than the viewer actually getting a glimpse of her life. The two characters establish a protective bond over one another, and it’s that central relationship that anchors the film. Adam also connects with fellow hustler Jamie (Ryan Ruffing) when they’re both called to satisfy a drug-addicted older ‘John’. Unlike his relationship with Lucy, that one is purely transactional and despite attempts from Adam, Jamie has no interest in becoming friends.

While the film does serve up a surprising amount of grit, it doesn’t really go deep enough into these characters and the world they inhabit. The familiar message that the sex trade is dangerous and exploitative is evident throughout, but I would have liked something deeper from writers and directors Calvin Picou and Omar Salas Zamora (who worked together on ‘Here Comes Your Man‘). A deeper exploration of who Adam is and how he got to where the story picks up would have been welcome too. There’s an attempt to show that through recorded segments where Adam shares his experiences as a hustler but it feels too surface deep.

Cast wise, the main actors are sufficiently compelling. Beau Schwartz manages to convey the right amount of swagger and street smarts to be convincing as Adam, while Keiva Bradley is perfectly cast to embody the naïve Lucy who doesn’t seem to fully comprehend the world she’s trying to break into. Ryan Ruffing is the scene-stealer of the film and it would be nice to find out more about his character Jamie should the series be continued.

‘Adam in Fragments’ breezes by at only 72 minutes in length and it does paint a grim picture of life as a sex worker in Los Angeles. With a vintage feel to the production, there’s a pleasing aesthetic to the film but the characters could have been fleshed out more so the viewer could connect with them. There’s story left to tell by the end so perhaps that will counter some of the criticisms I’ve made here but as a standalone film it left me a little too wanting.