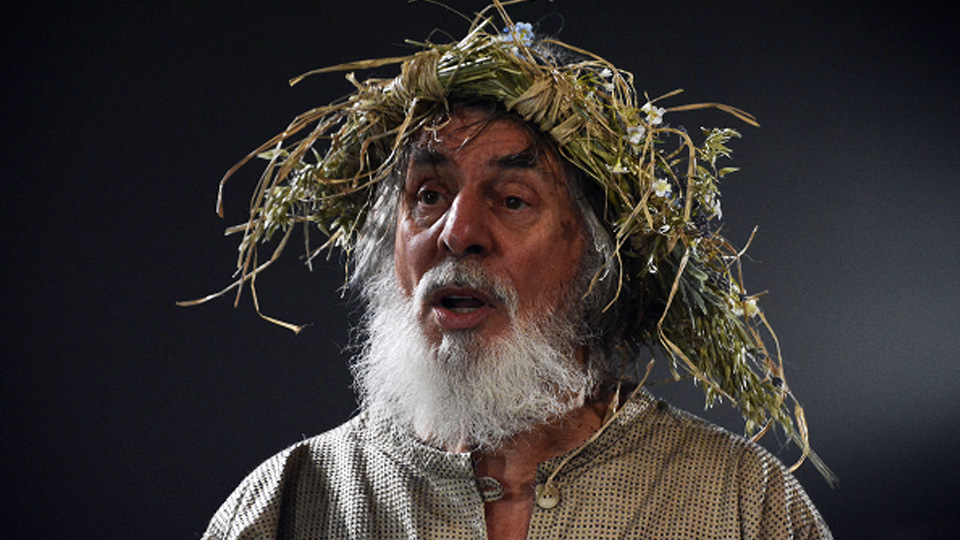 This is the story of a family at war with itself. Lear, an ageing and deeply flawed individual, wrecks his relationship with his three daughters and in doing so, loses all he has. What is there left? This question, which is Lear’s predicament and Shakespeare’s genius, invites us all to think upon what we might gain when nothing is all we have.

Since launching his early career with Beyond The Fringe, alongside Peter Cook, Dudley Moore and Alan Bennett, Jonathan Miller has become one of the world’s leading opera directors, with many credits at English National Opera and Glyndebourne as well as internationally. His theatre productions include The Merchant of Venice with Laurence Olivier and Joan Plowright, The Taming of the Shrew (RSC), The Seagull (Chichester Festival Theatre) and as Artistic Director of the Old Vic (1988 – 1990), Andromache with Janet Suzman and The Tempest with Max von Sydow.

Jonathan Miller famously described King Lear as “The most interesting play Shakespeare ever wrote”. This is the first time Miller has directed King Lear since his 2004 production at the Lincoln Centre Theatre featuring Christopher Plummer in the role of Lear.

Playing Lear will be Northern Broadsides Artistic Director Barrie Rutter whose recent work include Broadsides award-winning An August Bank Holiday Lark and last year’s critically acclaimed Rutherford & Son, also directed by Miller.  This will be the second time that Rutter has played Lear, the last time being in 1999.