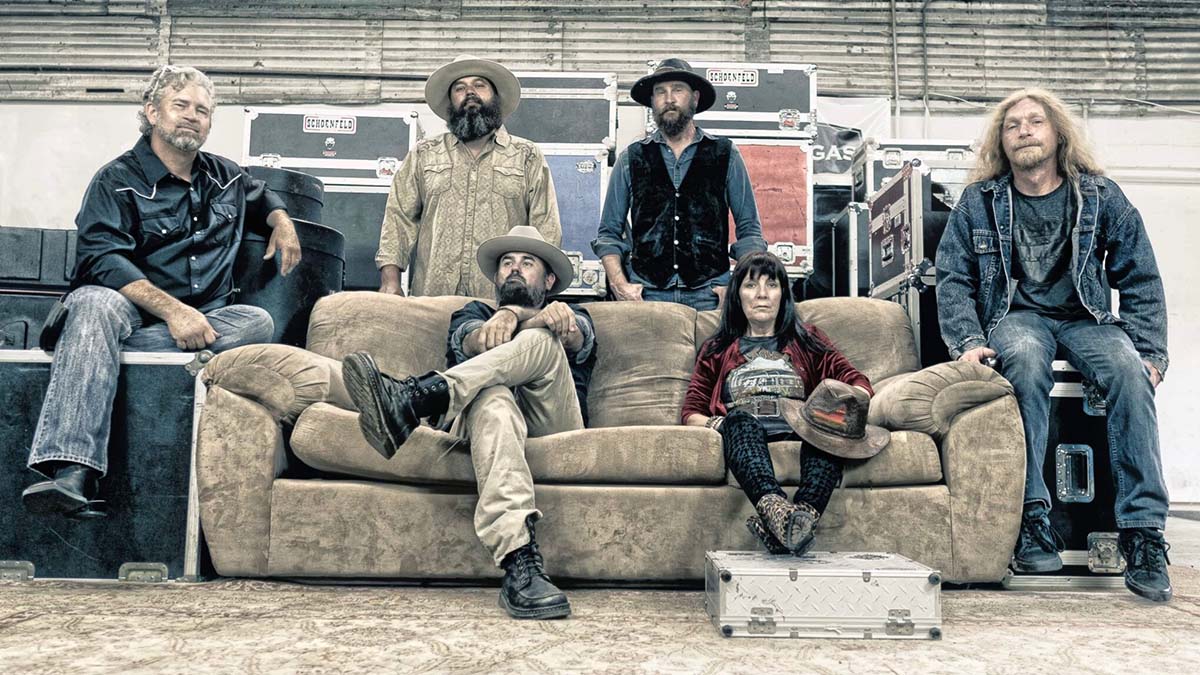 Already festival headliners in their native USA, and with a string of Billboard top 20 Rock singles under their belt, Hillbilly Vegas are set to bring their special blend of Southern Rock and Outlaw Country to this side of the Atlantic. Teaming up with Conquest Music, Hillbilly Vegas will release their new album ‘The Great Southern Hustle’ on 25th November 2022. Out on CD, Vinyl and Digital, the album features brand new songs alongside Hillbilly Vegas anthems from the past decade.

On the eve of that release, Thursday 24th November, Hillbilly Vegas will make their UK live debut with an exclusive acoustic set at the Troubadour in London. The Troubadour club was where Bob Dylan, Jimi Hendrix, Jimmy Page & Robert Plant, Paul Simon, Elvis Costello, Ed Sheeran & Adele made their mark.

‘The Great Southern Hustle’ is a reflection of Hillbilly Vegas energy and passion formed throughout the last ten years since the forming of the band in 2011. The album kicks off with ‘High Time For A Good Time’, an intertwining of southern rock and outlaw country, what the band are predominantly known for. Steve Harris’ stellar vocals compliment the bands backing vocals in powerful choruses and Stacy Thornburg and Johnny Reed showcase their tasteful guitar work against the solid groove of Troy Hollinger on drums.

Cadillac Three and Big and Rich fans will be pleased with the follow up song ‘Shake It Like A Hillbilly’  which brings a grittier tone to a somewhat party anthem with ‘Living Loud’ following the energetic sing along theme. You can hear hints of more legacy country artists such as Brad Paisley in the latter too.

‘Little Miss Rough and Tumble’ aims at the sentimental market of a daughters father. It does manage to sit in the soundscape nicely though, with organ and lap steel providing ties to the country rock genre.

‘Baby hold my hand a little longer, no need to grow up all in one day, I know there’s a world waiting for you out there, but let ‘em wait and be my girl today’.

As any good country rock album should have, ballads are present in the listing with ‘Losing To Win’ and ‘Just Say You Love Me’, which are both of good standard however they are followed by ‘I-Tsu-La/Let’s Get Together’ which doesn’t particularly belong on the album if harshest criticism is given. It’s a delve into the prog genre in a sense and although this album is a collection of songs from over the years, it really should be kept as a live set interlude.

‘Can’t Go Home’ brings the album back on track with slick overdriven guitar riffs with ‘Hell To Pay’ continuing the trend; a heavier rock track which is our favourite of the album. It has elements of legacy rock artists in it and Harris’s voice fits just as well over something with a bigger sound as it does on a ballad. The lead vocals are just as powerful on ‘Long Way Back’ and the subdued percussion gives room for the song to breathe.

The album ends on a rendition of ‘Ring Of Fire’ which again like ‘I-Tsu-La/Let’s Get Together’ doesn’t prove to add anything to the album, if fact it negates the band’s originality and style. Let’s keep the Jonny Cash covers to pub cover sets please.

Overall, a solid release from Hillbilly Vegas however it would be good to go quality over quantity and remove the aforementioned songs. It just misses out on the four star mark.