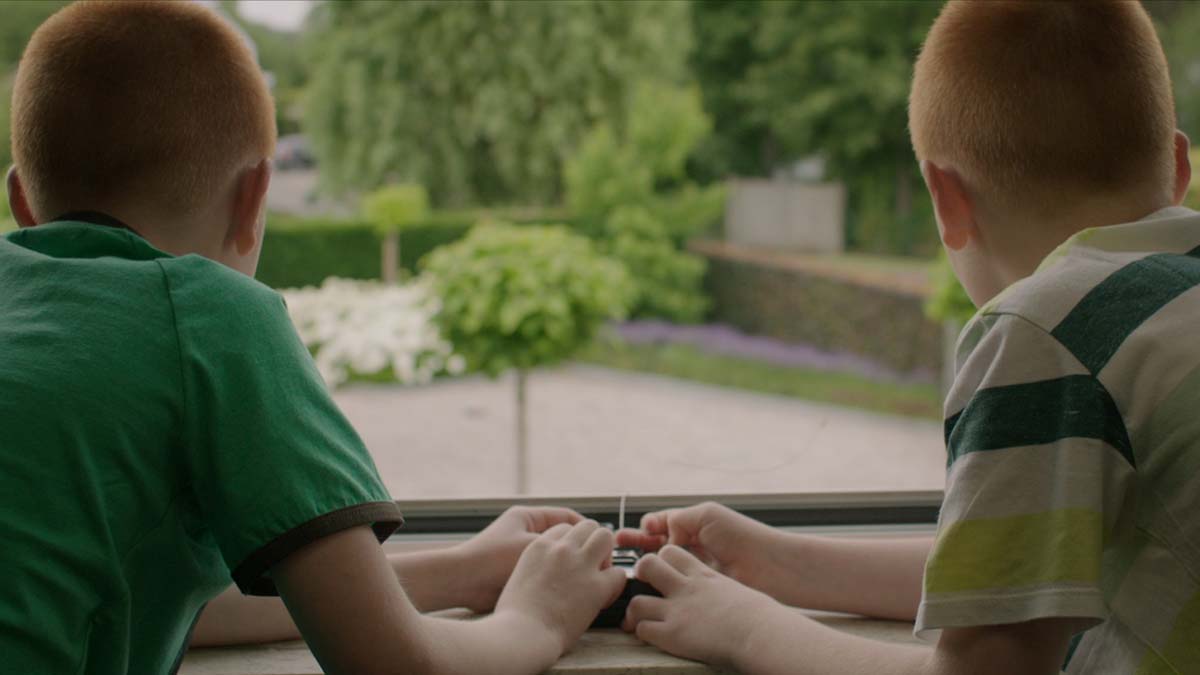 NQV Media’s ‘Boys Feels’ strand is back for another instalment just ahead of the festive season. This collection pulls together six shorts under the banner ‘Stand By Me’ and it explores young men coming-of-age, often through the lens of a sibling relationship. Showcasing films from Belgium, Switzerland, Taiwan, the Netherlands, Denmark and France, the series continues to shine a spotlight on those film-makers who may otherwise go under the radar outside of the festival circuit.

‘Boys Feels: Stand By Me’ opens with Miwako Van Weyenberg’s ‘It Was Dark’, which tells the story of identical twins Nicholas and Victor. The 12-year-olds are shown at school and with their father, and we get to learn about their bond with one another. While looking the same, the boys are quite different and an incident involving one of them pushes the other to realise what brotherhood means, and to re-evaluate the relationship he has with his pushy father.

That sibling relationship theme is further explored in both Daan Bunnik’s ‘Headbutt’ and Mathias Broe’s ‘Out of the Blue’. In ‘Headbutt’ 15-year-old Tobias (Felix Osinga) is desperate to reconnect with his elder brother (Nils Verkooijen) who no longer has time for him even though they share a bedroom. It’s a meditation on how brothers can drift as they begin to mature and their interests and struggles replace their carefree sibling bond. In ‘Out of the Blue’ Mads (Jonathan Høgsberg Bandier) realises his older brother Anders (Sebastian Bull Sarning) isn’t who he thought he was, and the two lock into a confrontation. Director Broe shows what can happen when the rose-tinted glasses come off and siblings realise they don’t know each other all that well after all.

Elsewhere in the collection Ya-Yu Lin’s ‘Keep Going’ is a lighter caper about two brothers trying to find a signed baseball after one of them loses the precious item, which was going to be exchanged with the older brother’s crush. Lin really hones in on the way brothers can work together and the adventures they can go on, often unexpected but the kind that make good stories when you’re older.

The highlight is ‘Suspendu’ by Elie Grappe, which focuses on a young ballet dancer who injures his foot but decides to try and push through the pain. The dancer puts aside his own health and concerns in a bid to achieve a dream and push his body to the limits. It’s an important tale about how as younger people we don’t always know when we’ve gone too far and that often children believe themselves to be invincible. It’s only with age and experience that we realise no one is infallible.

The collection draws to a close with Noël Fuzellier’s ‘Mars Colony’, which is a distinct change in tone from the shorts that come before it. With a sci-fi twist, the short tells the story of a 16-year-old science fiction geek who is visited by a man who claims to be an older version of him from the future. While seemingly very different to the rest of the shorts, it actually is an effective look at the resilience of young people in the face of adversity and outside influences.

‘Boys Feels: Stand By Me’ is quite different from other instalments in the series and it offers some thought-provoking observations on growing up. What the collection does so effectively is explore the dynamic between brothers, and that’s something that many viewers will no doubt be able to relate to. All of the shorts here match one another in terms of quality, making the collection a solid watch.