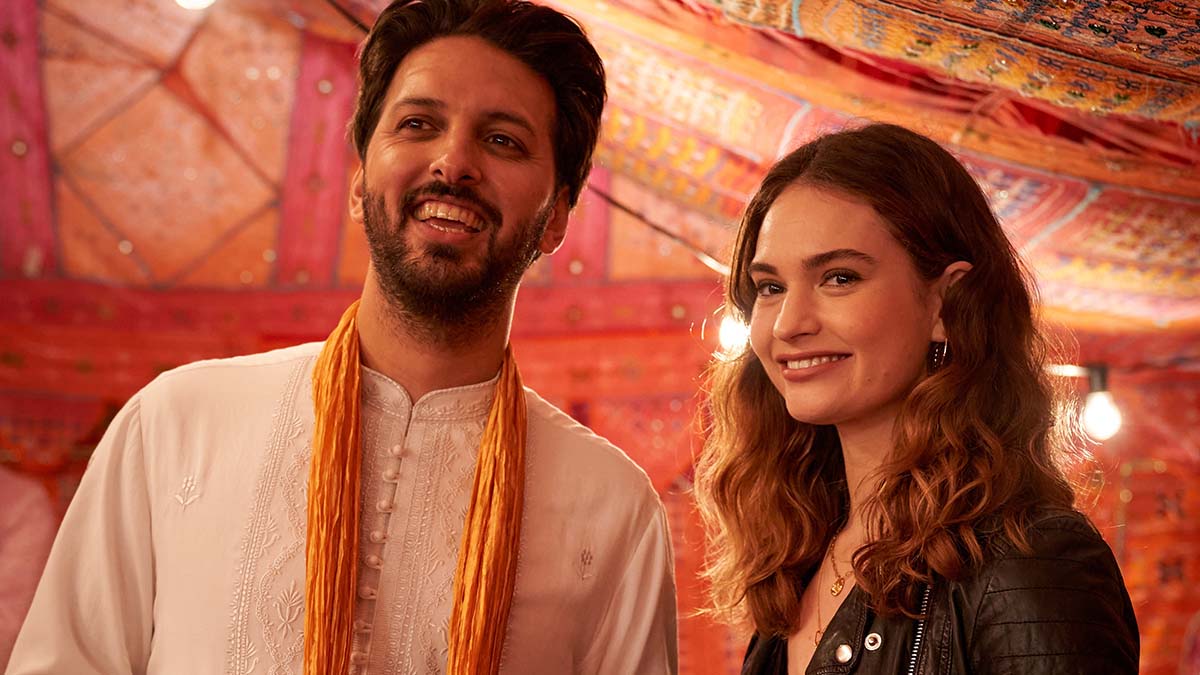 How do you find lasting love in today’s world? For documentary-maker and dating app addict Zoe (Lily James), swiping right has only delivered an endless stream of Mr Wrongs, to her eccentric mother Cath’s (Emma Thompson) dismay.

For Zoe’s childhood friend and neighbour Kaz (Shazad Latif), the answer is to follow his parents’ example and opt for an arranged (or “assisted”) marriage to a bright and beautiful bride from Pakistan. As Zoe films his hopeful journey from London to Lahore to marry a stranger, chosen by his parents, she begins to wonder if she might have something to learn from a profoundly different approach to finding love.

Ivor Novello Lifetime Achievement Award-winning and Mercury Prize nominated composer, Nitin Sawhney CBE has created the music for the film, with British-Pakistani record producer, DJ, songwriter, and musician Naughty Boy bringing his production and writing skills to the soundtrack, alongside three-time BRIT Award and Mercury Prize nominee, Joy Crookes. Kanika Kapoor and Rahat Fateh Ali Khan will also feature on the soundtrack, with Rahat appearing in the film itself.

In this article:What's Love Got To Do With It?