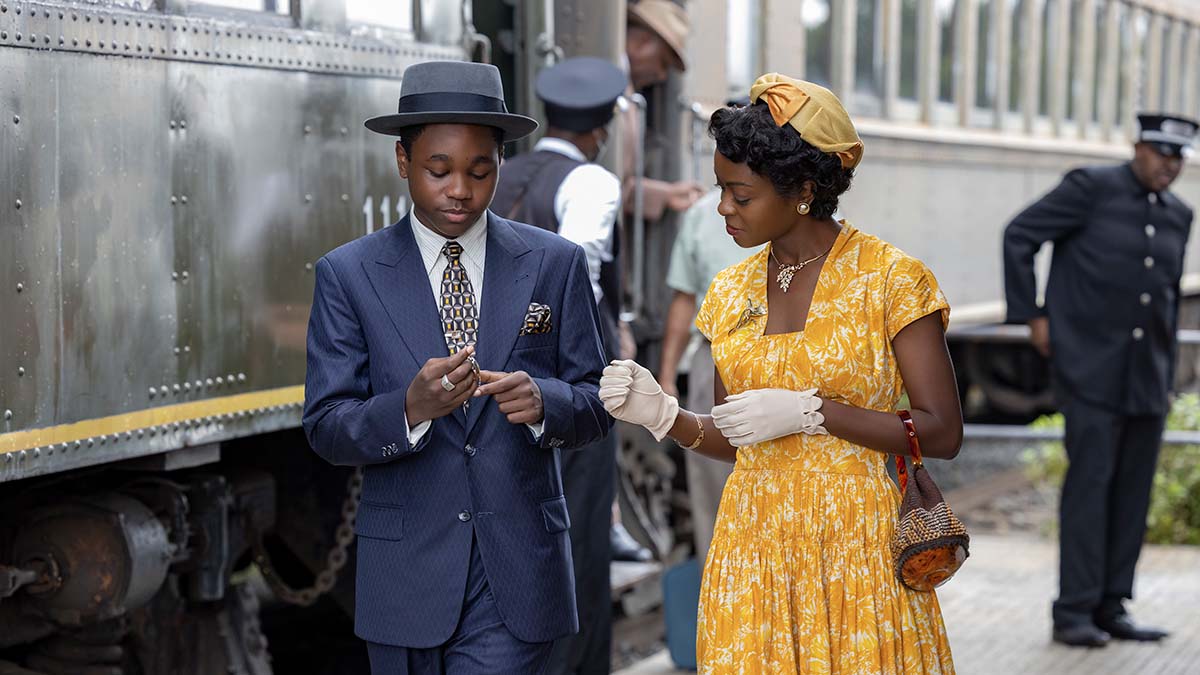 The trailer and poster have been released for director Chinonye Chukwu’s upcoming film ‘Till’.

Till tells the heart-breaking true story of the historic lynching of 14-year-old Emmett Till — for whistling at a white woman in Money, Mississippi in 1955 — through the eyes of his mother Mamie Till-Mobley. This is what makes the film so compelling, it’s told from the perspective and experience of a Black woman and is co-written and directed by a Black woman.

Mamie Till-Mobley is a widowed single mother who is the head of her household, the only Black woman working for the Air Force in Chicago. Till-Mobley becomes a revolutionary by insisting that the world witness the horror of her brutally maimed son’s body in an open casket viewing as an act of defiance against oppression and hate. “I wanted the world to see what they did to my boy,” she said at the time.

Till-Mobley also gave the exclusive rights to Jet Magazine to publish the images of her son’s maimed body which caused the lynching to gain worldwide notoriety. A mother’s audacity became a lightning rod in the Civil Rights Movement and propelled her to reluctantly become an outspoken activist for the NAACP advocating for social justice and education.

“Making this film has been an eighteen-year journey for our producing team and it feels particularly poignant that sixty-seven years after Emmett’s murder, the Emmett Till Antilynching Bill was finally passed in the USA on March 29th, 2022.

We know that as filmmakers, sharing stories can be a way of connecting people, creating pathways to empathy, and inspiring and empowering audiences of all generations. We also recognize the painful kinship that weds the Emmett Till generation with the George Floyd generation.

Our acclaimed director, Chinonye Chukwu, presented the story of Emmett Till through the lens of his mother, Mamie Till-Mobley – and in doing so, she illuminates the humanity of a mother’s love for her son; and the power of that love to change the world. We’re also incredibly proud of the stunning performance of Danielle Deadwyler, who is the beating heart of the film as Mamie.

At a time when legislators around the country are attempting to literally erase Black history, sharing stories of American heroes like Mamie Till-Mobley feels particularly vital and urgent.

We hope that you’re able to share your support in any way you can.

With warm regards and gratitude,

‘Till’ will be released in cinemas on 6th January 2023. Take a look at the poster below: