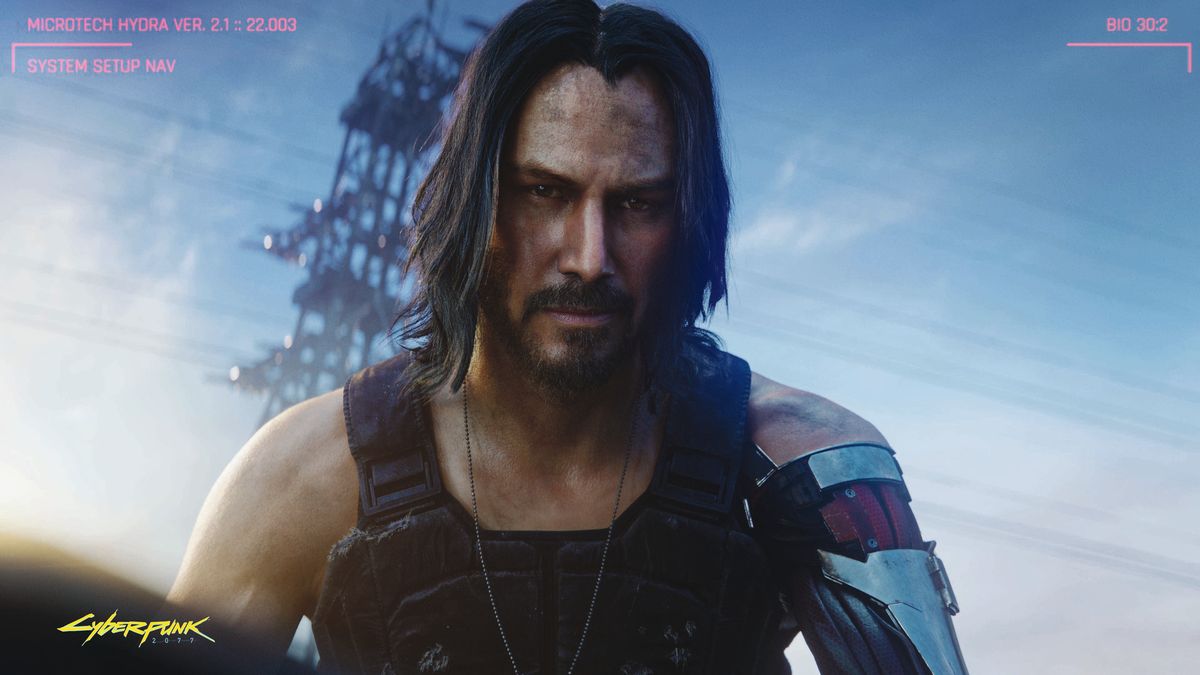 Developer CD Projekt Red released the reveal trailer for Cyberpunk 2077 (checks notes), 9 years ago and everyone was certainly intrigued, but CDPR hadn’t really cut their teeth yet, with only 2 Witcher games under their belt. So, they put out a small game called The Witcher 3: Wild Hunt, which was one of the greatest reviewed games of all time and boy, were people excited for Cyberpunk. The promos were driving hype and when the game launched, well…we know the story all too well. Part of said promo drive was the announcement of an anime headed to Netflix by Studio Trigger. The anime released at a time when the game was a laughing stock, yet it did the impossible. Its success brought the game back to life.

On release I refused to give the game a proper review on the basis of it being in an unacceptable release state, but now there’s several patches behind it and a bright future planned. I’m ready to dive back into Night City.

The world of Cyberpunk is a dystopian one to say the least, the world has been drained of its resources and mega cities run by a small number of corporations have sprouted around the globe. They’re constantly at war with each-other and hire Fixers to subcontract mercenaries to gain advantage over their rivals. These mercs are often equipped with multiple cybernetic implants in a world where that’s the norm, and are ready to do anything to earn a paycheck. Of course, that’s simplifying a series with a very deep lore but as far as the game is concerned, you play as a low level merc called V.

Choosing one of the three life-paths starts you off with a simple story mission and once complete you meet fellow merc, Jackie Welles and you both join forces to rise through the ranks and become a legend of Night City. As a very plot heavy story (and these threads are woven very early in the game), it’s quite difficult to talk about the plot without spoiling things, those who’ve played the game know exactly what I’m referring to. The main crux of the plot sees V become invaded by a rouge AI (played by Keanu Reeves), through their cybernetic software. I won’t say any more except that after a lengthy intro, the plot picks up quite fast. This is not your standard action game plot though, this is a complex plot with lots of lore and lengthy conversations, this is an RPG first and foremost, those expecting a GTA clone might be a little overwhelmed by the depth of the main plot.

What I will talk about is the side content. This is mostly split between side missions and gigs. Gigs are jobs given to you by the various fixers in the city. They represent different corporations, but don’t worry, V isn’t about allegiance and there’s no penalty for screwing over the various corps. These are pretty generic missions serving only for EXP. Side missions are a lot more varied. These introduce you to the world a lot better than even the main plot at times. These can range from helping a taxi firm full of self driving cars and the AI of the fleet destined to live their own lives, to a monk who shuns cybernetic implants captured by a gang who force modifications onto him, these missions do an outstanding job painting the depravity and beauty of Night City.

As far as gameplay is concerned, we can rapid fire through this section of the review. It’s an open world like GTA, but an RPG like The Witcher. You drive through Night City in a nice range of vehicles that handle pretty poorly. Combat is the main thing you’ll be doing and as far as gunplay goes, it’s fine. The plethora of guns all handle well, there’s not a ton of feedback, but these are future guns so I can let that slide. There’s melee combat too and as far as first person melee goes, again it’s fine. While that may be a viable way to play, you’re missing out on the biggest hook of the game, the hacking. Like Watch Dogs you can hack cameras and turrets, and interact with other devices for distractions, but the hacking goes one step further, Due to the implants in every citizen of Night City, you can use that in combat. Place viruses on enemies to make them weaker, reset their optics and even make them straight up commit suicide, you can clear out an entire zone before even setting foot into it and that’s a godlike feeling. I haven’t even mentioned the vast amount of implants for V, or the crafting elements. It’s really a joy to play.

Now we arrive at the moment of truth, the technical aspects. Art-wise, the game is beautifully designed, Night City is one of the greatest open worlds ever made, the soundtrack is incredible and the voice acting is awesome. It’s a stunning game at all times. At launch the performance was abysmal, I’m running the game on PC with an RTX 3080 and while FPS was fine at launch, the bugs were unbelievable. Numerous patches later, the FPS is really stable (though you need a strong rig to run at ultra) and there’s a lot less bugs than there was. Less, but they’re not all gone. From my research, the Xbox Series and PS5 versions are more stable but support for the PS4 and Xbox One versions has been dropped, making those versions abandoned, which was the right choice.

So, there’s still bugs, it is an open world game at the end of the day, but a far more stable one. The fixing of bugs has revealed that there are some shortcuts the devs have taken, that weren’t down to bugs alone. It’s a strange one because as immersive as the game can be, it can also be so dull it drags you out of the experience. In all honestly, a linear approach, or even making it a PS5/Xbox Series/PC only release may have sorted these issues but hey, this is the hand we’re dealt. A captivating story and solid gameplay makes up for its shortcomings. The main question – is now the time to return to Night City? Providing you’re not on PS4 or Xbox One, then yes. Cyberpunk 2077 deserves your support now more than ever.

Cyberpunk 2077 was reviewed using a retail copy purchased by the reviewer.