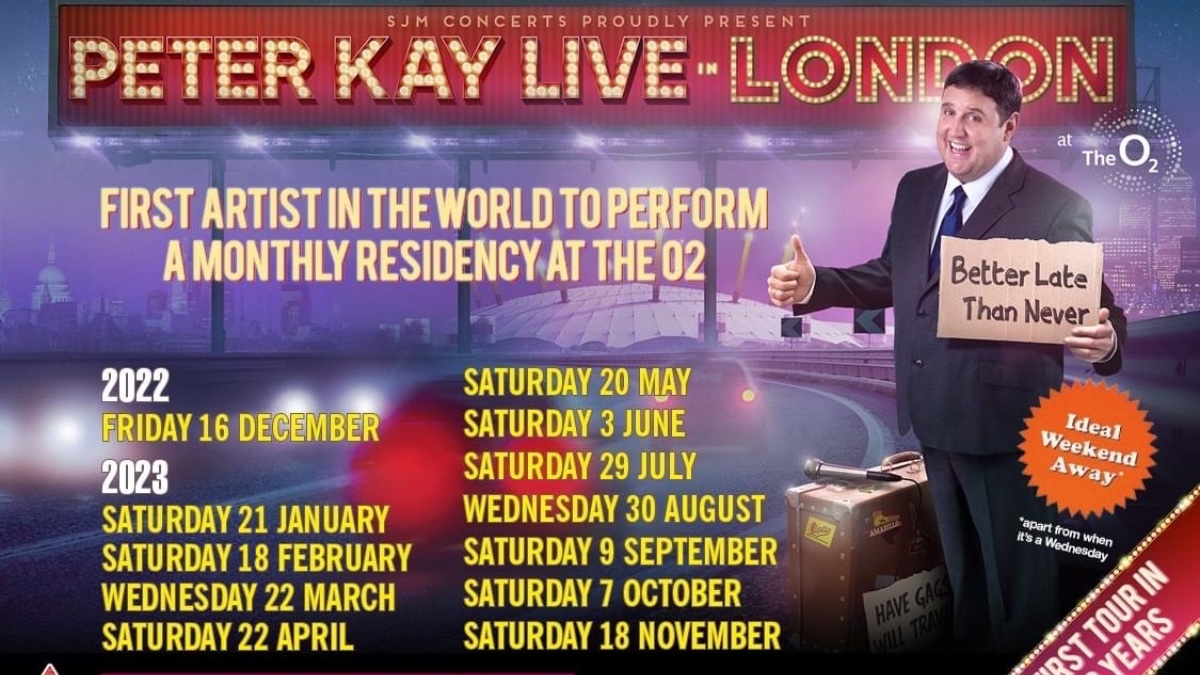 Following the announcement of a nationwide arena tour, Peter Kay has confirmed a monthly residency at The O2, London starting on Friday 16thDecember 2022 until Saturday 18th November 2023.

As revealed on BBC Radio 2 by Zoe Ball today, Peter is the first artist in the world to perform a monthly residency at The O2, London.

“Audiences in London have always been amongst the best in Britain, plus I think seeing the show could be part of a nice weekend away treat”

“It’s good to get back to what I love doing best, stand-up comedy and if there’s ever a time people need a laugh it’s now”

“And with the cost of living at an all-time high, ticket prices are starting from £35. The same price they were on my previous tour in 2010”

Peter’s 2010 tour still officially ranks with the Guinness Book of World Records as the biggest selling comedy tour of all time.

Playing to over 1.2 million people.

Tickets for Peter Kay Live In London go on sale Saturday 12th November at 10am via www.gigsandtours.com,www.ticketmaster.co.ukandwww.axs.com.
Hotel packages are available via www.axs.com.