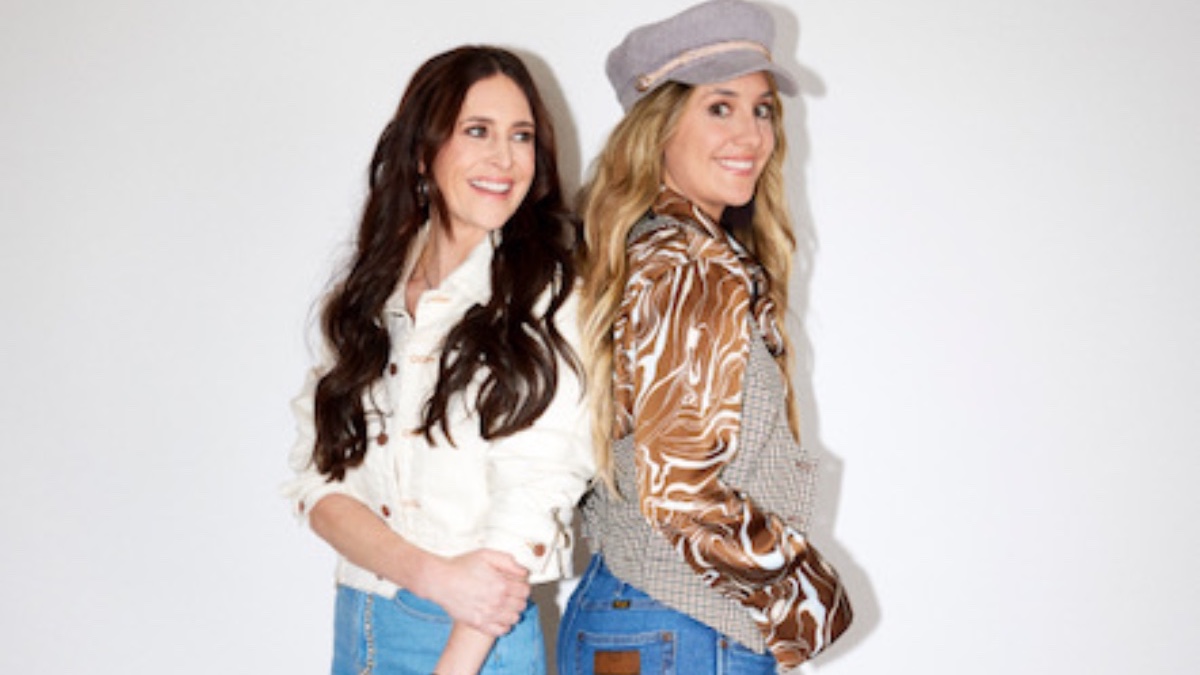 Lainey Wilson joins ‘Today’s Country Radio’ with Kelleigh Bannen in celebration of her sophomore album ‘Bell Bottom Country.’ She talks leaning into her signature style on songs like “Hold My Halo” and how her parents’ belief in her music helped push her to become the artist she is today.

Tune in and listen to the episode in-full this Friday (October 28) at 11am PT / 1pm CT / 2pm ET or anytime on-demand at apple.co/_TodaysCountry.

It was, “we got to definitely make sure that this is a step up,” but I will tell you, I got to write 300 plus songs during the pandemic. We were locked and loaded when it came to having enough to choose from. I feel like I’ve just grown so much, not just as a singer and songwriter, but also just as a person. And I feel like I’m just, every day I’m figuring out a little bit more about myself, and I’m so thankful that I have been able to start off on the right foot with being nothing but me. Because I cannot imagine doing this for the rest of my life and pretending that I am something other than this, and that’s what this record’s about. It’s about leaning into whatever it is that makes you you.

It’s a saying that my mama used to say all the time, like, “Now we’re cooking with grease. Now we’re getting somewhere.” I feel like those are little sayings that I cannot escape. Certain things that my family said growing up, it just somehow makes its way into my music. And if you listen to the record, you hear a lot of me talking about Mama, me talking about Daddy, me talking about the Lord. It somehow just makes its way into it and I just can’t even help it… It’s [taken] me a long time to feel [like I’m a grown woman], but I am feeling it. I’m like, “You dang right, I’m grown. I can say what I want to say. This is it.” It’s just a fun song. To me, it’s just a blue collar couple love song. It’s kind of almost like Dirty Looks 2.0… With a little more heat on it.

Lainey Wilson on What Inspired “Those Boots (Deddy’s Song)”

What really sparked the song is, growing up, me and my family, we lived in this uninsulated house, and instead of adding on like a normal person would do, [my parents] bought a portable building and cut out the side of it and attached that thing to the house. So me and my sister were living in the trailer. We’d run in the house. Anyway. I remember every morning, before Deddy would go to work … I remember he would holler my name and I would run from the portable building into the house, and I would help him pull his blue jeans down over the top of his boots. That was just my job as a little girl. It made me feel like I was doing something. It made me feel special, like I had a job. I’ve just always kind of thought back to that memory, and I was telling it to Trent and Terry, Joe, and we ended up just coming up with this idea around Deddy’s boots and it’s going to take a very special person to fill them.

KELLEIGH: I know you had mentioned that he is out of the hospital.

LAINEY: Yep, he is out. He’s going to walk the CMA carpet with me.

LAINEY: Yes. It’s incredible. He was in the hospital for two months. He was in a rehab facility for three and a half weeks, and then he just had his 60th birthday. He’s still got a long way to go, but he’s here. He had nine surgeries in a month and a half… He had a stroke on top of all of that, but he is a tough son of a gun.

First of all, [it’s] full circle. I met Luke at Tin Roof Revival, on Demonbreun, back in 2014. He used to come over to my camper and eat my snacks and cold drinks, So I’m glad he remembered. It’s just so crazy to think about how far he has come, in really a short amount of time… And his fans are the best fans in the world, and they’re just good, blue collar people who take pride in what they do, who work their fingers to the bone, who spend their hard-earned money to come to a Luke Comb show, and I am so glad that he is introducing me to them.

I had that idea for a long time. I was going through a heartbreak, messing with a boy I shouldn’t have been messing with. Lord have mercy. Now he’s still writing me letters. I’m like … “Sir, don’t touch my mailbox again,” and I hope he’s listening to this, too. “Unless you want to go to jail.” But I’m glad he knows he messed up now. It just took him that long… I was struggling. I was torn up. I’m talking about just in a bad place, but I was like, “You know what? I’m going to take advantage of this. I’m going to take advantage of this feeling.” And I just felt weak and I just started thinking about the double entendre of weekend… And I brought it to my friends, Nicolette [Hayford] and Faren [Rachels], and Nicolette kind of had this melody going on the piano … She does not sleep at night, so she’s just up all night coming up with this… And she was like, “This is something that I came up with last night.” She just started singing something and I was like, “I think I’ve got the perfect idea for that melody.” And it just kind of fell out. It just floated.