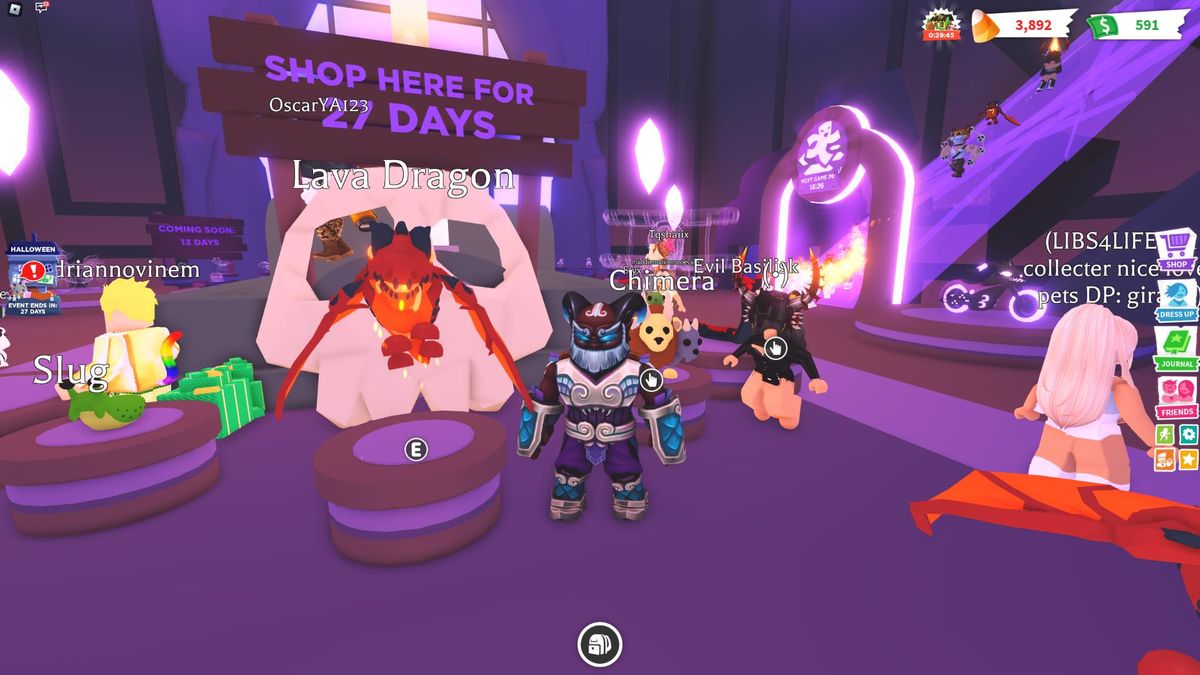 The Halloween update in Adopt Me has gone live today and there are loads of things to do, new accessories to buy and 5 new pets to collect. The event is running until the end of October so there’s plenty of time to save up your candy to get the goodies you’re after.

Currently, there are twelve different accessories you can collect including ghost costumes for your pet, a spiderweb flying disc and a vampire teeth grappling hook. At the time of writing, there is also a ghostly-looking chicken which will unlock in six days time, more on this when it unlocks!

Check out the official trailer below:

As with previous years, there are two mini-games you can play to earn candy, the Halloween currency, with both being loads of fun to play. The first game is the classic Spleef which is a really fun game to get stuck into. The second, which I haven’t played yet is called Chickatrice.

Finally, there are some really great-looking limited-time pets available. There are five in total and four of them can be obtained with the candy currency. There is also a robux-only pet in the form of the lava dragon. The lava dragon looks amazing but will set you back 1000 robux if you want to get one.