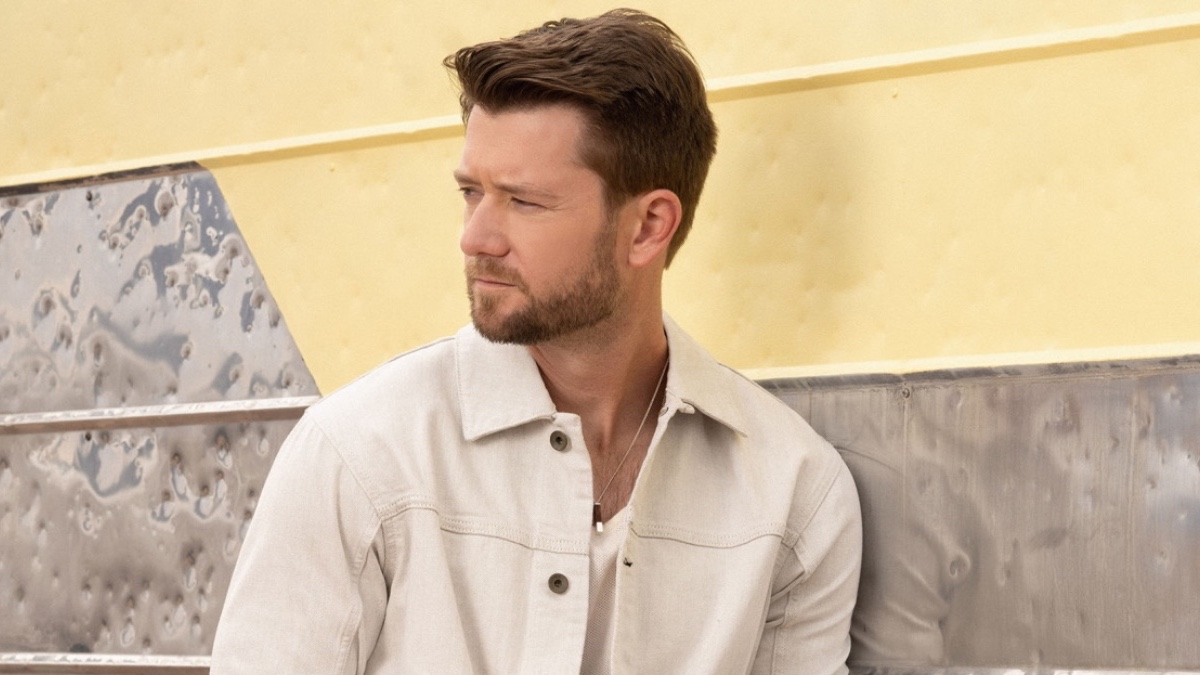 Arista Nashville / Sony Music Nashville recording artist Adam Doleac is a patient guy. He’s been releasing songs like ‘Famous’, ‘Another’ and ‘Neon Fools’ for a while now but ‘Barstool Whiskey Wonderland’ is his debut album, out today (Sept 30th). ‘I’ve had my whole life to write my first record,’ he says, ‘Plus two pandemics! So that’s life two lifetimes.’ Make no mistake, though. ‘…..Wonderland’ has been well and truly worth the wait. It’s a mature, slick album for fans of romance and classy songs. It feels way more accomplished than a debut album should and with songs like ‘Close That Tab’ and ‘Fake Love’ rounding out and extending his unique Country Soul sound, Doleac is now poised for the big leagues, armed with a strong, classy set of songs.

‘Bar Stool Whiskey Wonderland’ follows the current trend, set by artists like Kane Brown and Mitchell Tenpenny, for long albums. At 18 tracks it is hard to sustain a consistency without a touch of listener fatigue setting in but Doleac does his damn hardest in the face of tricky odds to defy that inevitability. If you like smooth, classy Country music mixed with a bit of romance and soul, this album will be right in your wheelhouse. Songs like ‘Don’t it Sound Alright’, ‘Drinkin it Wrong’ and ‘Girl in Love’ are dripping in timeless class. ‘Girl in Love’, in particular, gives off some serious ‘Sitting on the Dock of the Bay’ feels with its mix of southern Country, Adult Pop and Motown vibes. Taking that comparison a little further, both ‘Neon Fools’ and ‘Famous’ give off a serious Michael Bolton meets Rat Pack crooner atmosphere. The former is a smooth, mature song with a hint of late night hotel bar and Gospel to it whilst ‘Famous’, with its finger snaps and R&B melodies could even veer off into Michael Buble territory with a slight twist of production values.

Elsewhere on the album, ‘Holy Jeans’ extends that funky 60s R&B feel and throws a little Florida Georgia Line into the mix as well. Imagine what FGL jamming with Percy Sledge might sound like! ‘Fast Asleep’, meanwhile, is a slick, Country Soul song just marinating in class as Doleac gets all jiggy with it whilst the rest of us are tucked up in bed.

The best moments on ‘Bar Stool Whiskey Wonderland’ come when Doleac experiments and evolves his sound into new and interesting directions. ‘Close That Tab’ has a cheeky guitar riff and a cool, infectious chorus reminiscent of something like Old Dominion as the singer urges the girl to dump the guy she’s with and open up a tab with him instead. ‘Another’ inhabits that same Old Dominion-style space, with its caramel-like, rich tone and funky beats whilst ‘Hey Drink’ is full of snappy structures and clever lyrics as Doleac asks the booze, ‘Why can’t you make her miss me the way that I miss her?’

Indeed, the guitar proves to be Doleac’s friend across the best songs on ‘Barstool Whiskey Wonderland’. ‘What Kinda Night’ is a ready-made concert opener if I’ve ever heard one. It’s got the biggest chorus on the album which would, obviously lead to the biggest singalong! ‘How far do you wanna go?’ Doleac asks, ‘Are you a night to remember or a night to forget?’ More ‘hands-in-the-air’ vibes can be found on ‘Way Over You’ with its uplifting, summery feel and ‘woh-oh’ backing vocals on the chorus. Doleac finds himself moving on after a break up and he likes the feel of it on this song that could easily be a radio hit with the right ‘behind-the-scenes’ work from his team. If we are talking singles, however, then that accolade has to go to ‘Fake Love’, written by Hardy, Maren Morris, Ryan Hurd and Jordan Schmidt and featuring Danielle Bradbery. ‘Fake Love’ is a love song that builds to a slick chorus about finding the one you love. There’s a clever bait-and-switch in the lyrics of the chorus as Doleac sings, ‘Now I get it……you can’t just fake love.’ It feels original, crafted with a hint of sparkle and whilst the majority of songs on ‘Barstool Whiskey Wonderland’ are classy, well structured examples of modern Country music with heart and soul, ‘Fake Love’ just hits that little bit differently.

With ‘Fake Love’, ‘Close That Tab’ and ‘Way Over You’ Adam Doleac has at least three bona-fide hits on this, his debut album: what more could you ask for from that part of your career? It’s a well-crafted, mature sounding record with slick Soul vibes in some places and funky, guitar-leaning Pop Country beats in others. Doleac has a great voice and a knack for making you sing out loud, even when you are trying not to! ‘Barstool Whiskey Wonderland’ is a more than solid enough foundation on which he can begin to build a career of worth and longevity and as Doleac refines and evolves his sound over the years to come it will be interesting to see what he finds to be is his true north. This album is a great start to his career, now the hard work really begins!