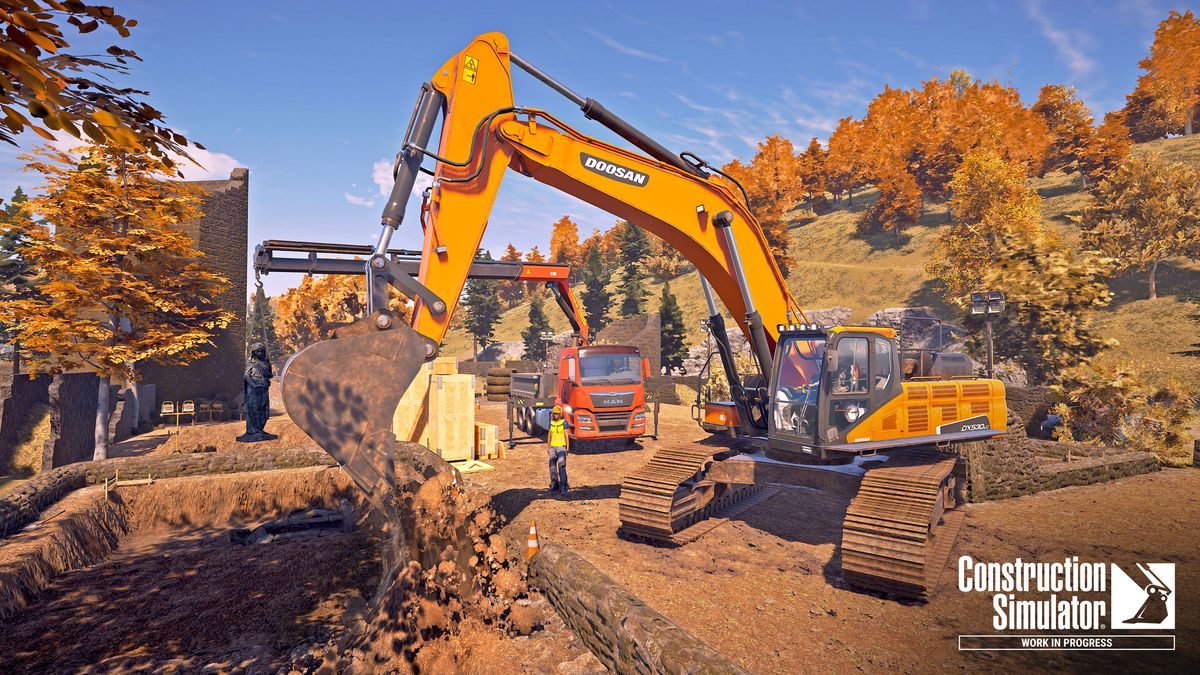 The latest instalment of the popular Construction Simulator® series from astragon Entertainment and Weltenbauer Software Entwicklung is now available for PC, PlayStation 4, PlayStation 5, Xbox One and Xbox Series X|S in retail and digital stores – including a co-op multiplayer for up to four players, the largest fleet of vehicles in the history of the series and numerous new and once again significantly expanded features in a completely revised, modern look. To date, more than 30 million simulator fans have already created their own empire in the Construction Simulator® series!

Check out the official release trailer below:

True to the tagline “GET TO WORK.” in Construction Simulator®, anyone can work their way up from a simple construction worker to the biggest builder in the respective region. Each of the two huge open-world scenarios, inspired by regions in the US and Germany, offers an extensive campaign in which players start their own construction company. With guidance from a mentor, players must build their company from scratch to gradually land more exciting assignments when they expand their business. Tasks such as restoring a harbour to attract more tourists or giving a run-down city centre a new lease of life will demand all their skills. More than 90 exciting tasks and 100+ hours of gameplay fun are awaiting simulator fans in the most comprehensive and authentic construction simulation of the popular series to date.

The latest instalment of the Construction Simulator offers not only the most extensive vehicle fleet in the history of the series but also countless new features and advanced functions including completely renewed, modern graphics, a revised mission system, day and night cycles, refuelling and vehicle maintenance, upgrade options for the construction yard and skills, renting vehicles from the vehicle dealer and last but not least a completely revamped earthmoving system and driving physics.

• More than 70 officially licensed vehicles, machines and equipment from 25 world-famous brands including numerous newly added manufacturers
• Two huge and brand-new maps: EU and US settings, each with an extensive campaign featuring over 90 exciting jobs
• Completely reworked campaign system with a multitude of different and challenging tasks
• Officially licensed workwear
• Co-op multiplayer for up to four players
• Adaptive Trigger Support and Haptic Feedback for PlayStation®5 users

The 4-player co-op multiplayer mode will come in handy for those who prefer to complete missions together with up to three friends. Players can open their game session to guests at any time on PC and – for the first time – on consoles and get to work together. To ensure that the given tasks do not feel too easy, especially in multiplayer sessions, players can select the difficulty level of the respective construction job before starting a new mission. As the level of difficulty increases, more subtasks need to be completed! Thanks to cross-gen support, PS4 / PS5 users and Xbox One / Xbox Series X|S users can play together on the respective console system.

In this article:Astragon, Construction Simulator, PC