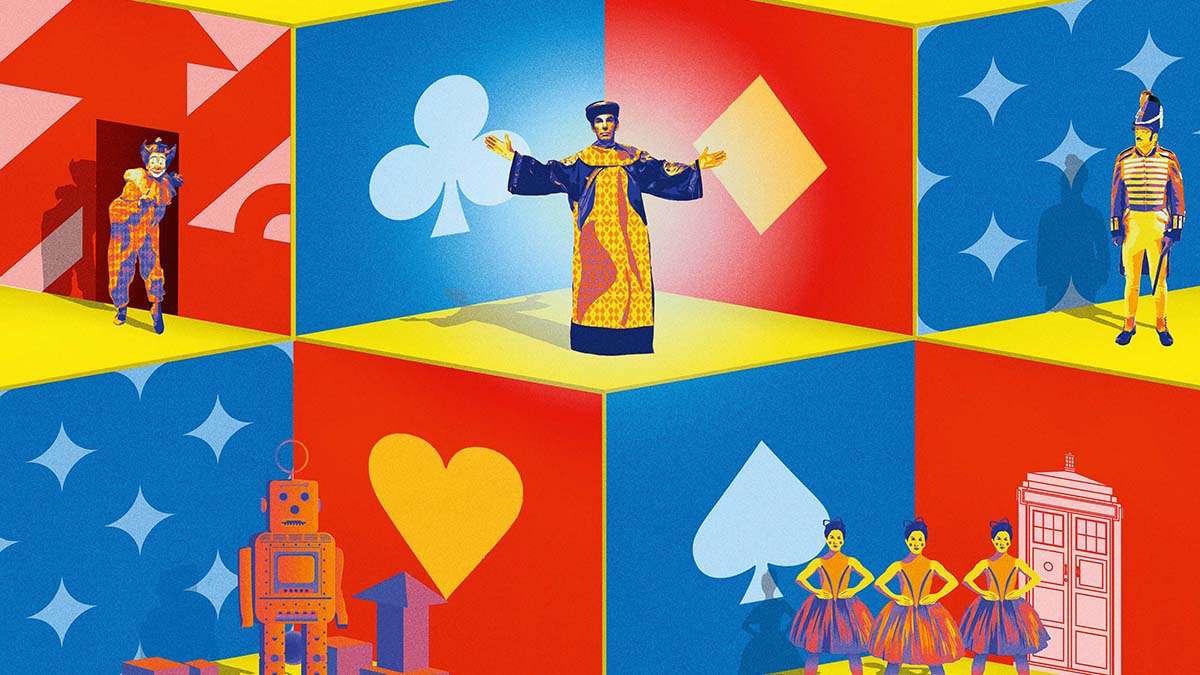 The quirky four-part serial ‘The Celestial Toymaker’, from the tail end of William Hartnell’s third and final season of ‘Doctor Who’, is the latest in a long line of classic adventures to be released on vinyl by Demon Records. The mostly-missing story, where only the fourth and final episode is held within the BBC archives, is a strong choice to add to the burgeoning collection of titles. Soundtracks to the first three episodes were made as off-air recordings on its original transmission in 1966. The tapes have been digitally cleaned up and enhanced to give the best possible sound quality. Peter Purves, who plays the companion Steven, provides linking narration between scenes to allow listeners to make sense of what is happening without the visuals. This is the perfect opportunity for fans to enjoy ‘Doctor Who’ as a high-quality purely audio experience.

At this time in the show’s history, it was undergoing major changes both in terms of the main cast (Hartnell appeared in only a handful more stories as the Doctor) and the production crew. Brian Hayles’ unusual scripts for ‘The Celestial Toymaker’ took the series in a fresh new direction away from its strongly science-fiction or historical origins. The story finds the TARDIS crew landing in the surreal world of the Celestial Toymaker (Michael Gough), an omnipotent being who sets deadly games for his victims. The First Doctor (William Hartnell), Steven (Peter Purves) and Dodo (the late Jackie Lane) soon find themselves meeting creatures from ‘Alice in Wonderland’ and becoming locked in a battle of wits with characters from children’s popular fiction. It’s a little like if the ‘Saw’ horror franchise had been written by Lewis Carroll. In one memorable sequence, Steven and Dodo play snakes and ladders against Cyril, a Billy Bunter-style overgrown school bully who has plenty of cheats up his sleeve.

This story was one of the first to feature a major guest star. Michael Gough, who plays the Toymaker so memorably, was a leading actor of his generation. He would later be revered for his roles in feature films, with perhaps his role as Alfred the butler to Michael Keaton’s Batman in the two Tim Burton movies of the 1980s and 90s being his most prominent role. Gough took supporting parts in several other Tim Burton films. By 1966 he was well-known to theatre and cinema audiences, with roles in Hammer’s ‘Dracula’ and ‘The Phantom of the Opera’ to his name. This story also features Carmen Silvera, who later achieved success as Edith Artois in the situation comedy ”Allo, ‘Allo’.

With its endless inventiveness and fantasy elements, ‘The Celestial Toymaker’ proves how adaptable the ‘Doctor Who’ format truly was, and rather than fading out in the mid-1960s as was feared, these episodes demonstrated that the show could take viewers with it even as it underwent major changes in tone and style. This story was instrumental in broadening the realms of possibility for this much-loved science-fiction show. The ingenious fictional land also allows the BBC to save money by doubling or even tripling up the parts – familiar voices of the guest actors return in new guises, and without the visual clues, identifying them is rather good fun!

The Demon Records range of classic ‘Doctor Who’ on vinyl always boasts impressive design. However, special plaudits must go to John Conlon for the illustrations on the front and back covers of the gatefold sleeves. They depict the Celestial Toymaker surveying his realm, with other characters that the TARDIS crew meets dotted around his house of cards. The design has never been better, and it provides a perfect visual interpretation of Brian Hayles’ imaginative world. ‘The Celestial Toymaker’ is released on two 140g records, with one episode per side. The first vinyl is pressed in red and the second blue, reflecting the playing card motif established by the cover art. Such eye-catching attention to detail lifts the enjoyment of the story, and is a fantastic way of honouring one of the most iconic and unusual entries into the pantheon of 1960s ‘Doctor Who’.