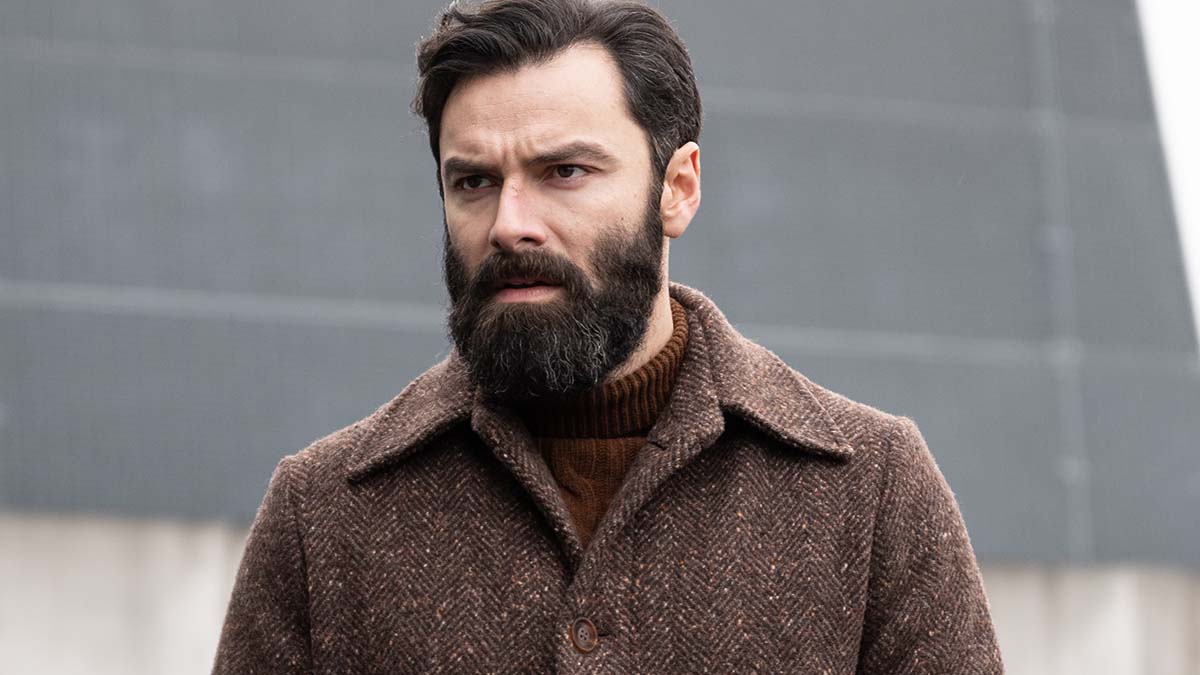 ‘The Suspect’ came to a shocking conclusion tonight as Joe (Aidan Turner) found out who had framed him.

If you want to avoid spoilers for ‘The Suspect’, stop reading this article now.

The episode opened with someone planting a spade in the woods before switching to Ruiz (Shaun Parkes) and Devi (Anjli Mohindra) who found out that Rupert Erskine had died a slow and painful death from dehydration.

Joe and Melinda (Angela Griffin) tracked down a man called Lucas, who Joe used to work with. They found him painting over graffiti in a housing block and Joe asked Lucas how his daughter died, telling him he didn’t believe it was an accident. Lucas told Joe that she died after being in a coma following taking some drugs given to her by an older man. Joe explained that Bobby (Bobby Schofield) was punishing them and he believed he was connected to Lucas’ daughter’s death.

Talking to Melinda, Joe shared his suspicion that Jack (Adam James) could have been the man who gave Lucas’ daughter drugs. Melinda offered Joe her car and he showed her the file he’d stolen to help prove his innocence. She also encouraged him to go to the police and tell them what he’d found out.

Julianne (Camilla Beeput) was playing with her daughter at the park when she noticed police watching her. She went to ask them to leave and when she came back her daughter was gone. Frantically searching for her, Julianne found her with Jack who tried to apologise for lying to her but she wasn’t interested.

Devi called Ruiz to tell him that a spade had been found and Ruiz received an anonymous message from someone saying they wanted to turn themselves in and to meet them at the hospital. Ruiz headed straight there and was led up to the fourth floor where he found Joe. Ruiz tried to get Joe to go with him but Joe refused until Ruiz looked at the evidence he had. When Ruiz pushed back, Joe explained that Bobby and Jack were involved in the murders of Catherine and Cara.

Ruiz told Joe they had evidence, mentioning the spade, and Joe urged him to find Rupert, unaware that he was already dead. As Ruiz tried to catch Joe, Joe climbed down to a lower level and Ruiz couldn’t follow due to his fear of heights. When he returned to the office, Ruiz had to come clean to his team about meeting Joe after it was caught on security cameras.

Jack turned up on Julianne’s doorstep and pleaded for her forgiveness. When she refused to listen, he turned on Joe before trying to force himself on her. Julianne rebuffed him and as she put Jack straight, DJ (Tom McKay) appeared to see if Julianne needed help. Jack asked DJ to leave but he refused, and instead it was Jack that was sent packing.

Devi took Ruiz to task over meeting Joe on his own, and Ruiz said that they needed to review the evidence Joe gave him. Devi was adamant that Joe was guilty and confirmed the spade had Joe’s DNA on it. Ruiz asked Devi to look into the judge who dealt with Lenny’s case, to find out if anything has happened to him.

Bobby went to court and was put on probation, and as he left Joe followed him. As Joe taunted Bobby about his father, things turned physical and he was arrested by Ruiz and his team. Bobby was led away while Joe insisted that the police arrest him.

Joe was taken in for questioning again and quizzed about the murder of Cara. Ruiz asked why Joe hadn’t called them when he found Cara, and Joe explained that he knew he would be blamed. Joe tried to share his theory again but Ruiz wouldn’t listen. Devi received a message and asked if they could take a break. Speaking to the team, Devi and Ruiz found out that the judge’s wife broke her neck in an accident and they also received some information from forensics about the spade.

Ruiz questioned Joe again about how he handled the spade and told Joe that the spade turning up at the exact moment they needed it was too convenient. The forensics supported Joe’s claim that he moved the spade with one hand and they found the prints were too clear for a spade that was supposedly buried for weeks. Ruiz released Joe and told him to go home and stay there, and he asked Devi to bring in Jack and Bobby for questioning.

Jack was picked up but Devi found Bobby’s room at the hostel empty. When Joe returned home, he found DJ packing his things and when he walked into the living room, he discovered his daughter’s drawing that was bought by a mysterious buyer at the auction. Beginning to panic, he went into the kitchen where he found Julianne and his daughter tied to fridge. Bobby was there with a knife and it was revealed that DJ was in on everything (we also saw DJ setting up a bomb in the basement).

DJ came to the kitchen and tied Joe up. Bobby pulled out the order signed by Joe and revealed that DJ was his brother. DJ warned that the bomb couldn’t be stopped and as they tried to leave, the police turned up. Devi knocked on the door and after a delay, Joe answered looking shaken. When he was asked if everything was alright, he said it was but Devi remained suspicious and noted DJ’s van.

Meanwhile, Jack was being questioned and admitted that he may have accidentally omitted some facts. They were interrupted by a call from Devi who told Ruiz that she believed Joe was in danger. Ruiz asked Jack what he knew about the plumber, and when he confirmed his name was DJ Ruiz realised that Bobby’s brother was at the house. As Ruiz called for a hostage negotiating team, DJ tied Joe up again. Bobby told DJ that the police were surrounding the house and he suggested they die in the explosion along with Joe and his family.

Ruiz arrived at the scene while Joe tried to talk to Bobby about his mother. Bobby became agitated as Joe continued to push his buttons and said that Joe had no idea what he’d gone through. Joe encouraged him to talk and Bobby revealed that his mother used to take him in the car when she worked as a prostitute. DJ became angry and as Bobby started telling them that he was abused by paedophiles and DJ ran off, DJ let Julianne and Charlie go. Digging into the difficult relationship between the brothers, Joe shared his belief that DJ went along with Bobby’s plan to get his forgiveness.

DJ convinced Bobby to leave the house with him, using Joe as a human shield. Once they got outside, DJ tied Bobby to Joe and dashed back into the house. Making his way down to the basement, he stood there until the bomb exploded while Bobby cried in Joe’s arms. In the aftermath Bobby was arrested and Joe reunited with his family.

Read our ‘The Suspect’ Episode 3 recap

Read our ‘The Suspect’ Episode 4 recap

‘The Suspect’ is available to watch on ITV Hub now.