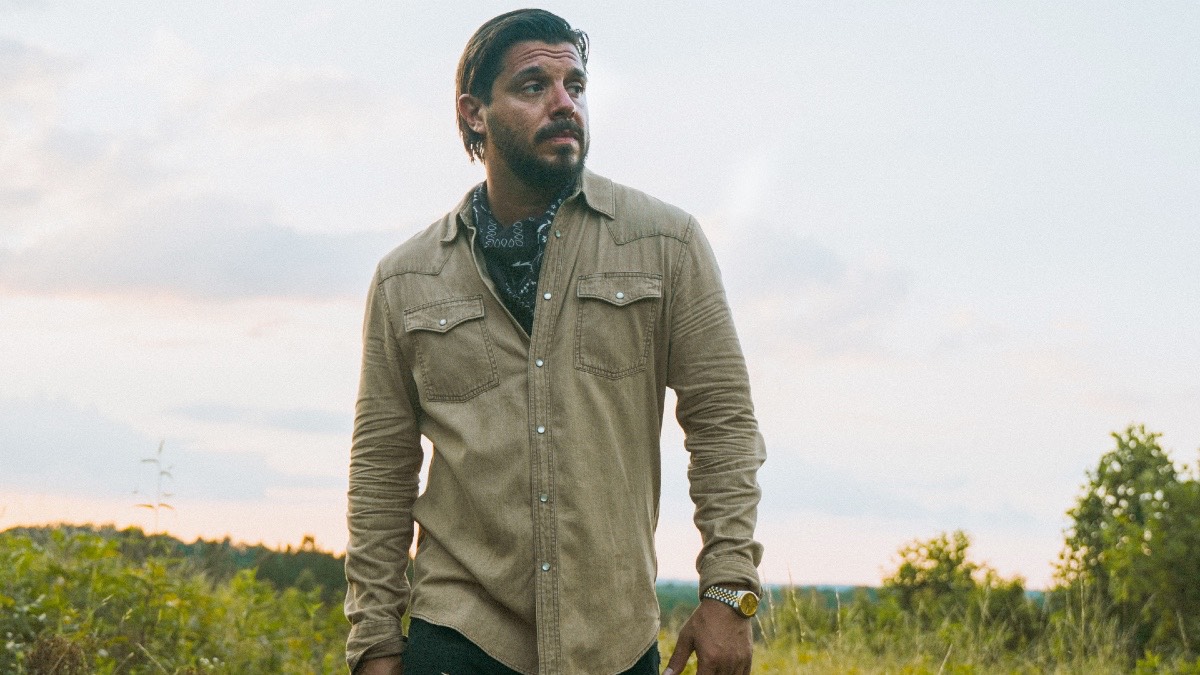 Ben Burgess ended up in Nashville in 2015 signed to Warner Chappell publishing by way of Dallas, Austin and Los Angeles. After having a song cut by the Jonas Brothers (Chillin’ in the Sunshine), Burgess chased an L.A. dream that ultimately he was too loud and twangy for. Relocating to Nashville sparked a career much better suited to this organic, earthy writer. ‘Whiskey Glasses’ for Morgan Wallen, ‘My Religion’ for Dierks Bentley, ‘Flower Shops’ with Ernest and ‘The Difference’ by Tyler Rich are all Ben Burgess songs, amongst many others, meaning Burgess has earned the right to step into the spotlight as an artist in his own right now and, boy, has he grasped that chance with both hands!

Let’s get something straight about this album from the off. I’m going to give it my first full, five star review of the year. That doesn’t mean it’s the best album released this year (although it is definitely in the mix for that accolade), but what it does mean is that for a debut album from an emerging artist I consider this to be an exceptional piece of work. It’s real. Honest. Melodic. It’s full of dirt, grit and cowboy attitude and it feels like the type of album an artist might turn in three, or maybe even four albums down the line.

Nowhere is Burgess’ credentials as a writer and performer more in evidence than on title track, ‘Tears the Size of Texas’. What cinematic, beautiful song this is. A real storytellers song as we begin to learn about mistakes that have been committed, reckless moments and decisions that are going to cost people dearly. The song builds to a lovely guitar solo and the video is well worth checking out too, particularly that last scene when Daisy catches up with her prey!

However, there are similar moments of depth and gravitas all over ‘Tears the Size of Texas’, the title track is not an isolated gem surrounded by filler. ‘When We Die’ is a tender, reflective song about the meaning of life. It takes you by surprise, however, when it explodes on a post-chorus meets second chorus that you just won’t be expecting. This type of originality only comes from writers who care deeply about their music and want to bring people something unique beyond the 3 minute Pop ditties that frequent Country radio.

‘When We Die’ carries more than a hint of Eric Church about it as does ‘Sick and Tired’, which begins in an almost Bluegrass meets Gospel style before morphing into something more traditional and southern. Throw in a little Cadillac Three into the mix here too by the time the second chorus arrives and you are beginning to feel that this album is something more than the norm.

Factor ‘Jackson’ and ‘Kill A Man’ into the mix next and ‘Tears the Size of Texas’ really begins to breathe and hum with class and quality. The former will become many people’s favourite song on the album with its darker tone and portentous Western overtones. Burgess pleads with a guy not to take his girl in a kind of ‘Jolene’-esque’ type of situation. He even goes as far as saying he’s prepared to go to prison to stop him from having her. The discordant note that ends this epic song suggests to me that, ultimately, things go south but you can listen for yourself and make your own mind up. ‘Kill A Man’, meanwhile, is perhaps the most unique and original song on ‘Tears the Size of Texas’. You can hear a little Los Angeles influence on this one. Maybe close your eyes and imagine what a collaboration between Morgan Wallen and Bruno Mars might sound like? A great chorus with a snappy cadence re-enforces just what a daring writer Ben Burgess is at this stage of his career. Imagine what he could be like four more albums down the line?

The album is rounded off with a set of diverse songs unified via the narrative of Burgess’ rich voice and evocative storytelling. ‘High Road’ is a stoner song with a delightful, meandering guitar solo that takes you on a trip all of its own. ‘Heartbreak’ channels Tom Petty and the Brothers Osborne with a tempo change on the chorus that only serves to emphasise what I keep saying about Burgess’ originality and desire to go above and beyond in terms of creativity.

‘White Picket Fence’ contains my favourite line on an album jam packed with intriguing and clever lyrics. Its simplicity smacks me in the face every time I hear it. ‘You can’t build a white picket fence around a house of cards.’ Don’t rely on him, lady, because he knows he ain’t gonna be able to give you what you want. The self awareness is beautiful, but ultimately tragic, on this track.

‘Tears the Size of Texas’ closes down with the inimitable ‘Started a Band’ and ‘Ain’t Got No Phone’. What an absolute classic ‘Started a Band’ is. It opens with a Bonanza-style Western feel and a darker, menacing sound. The chorus erupts beautifully as Burgess tells a tale of forming a band just to get back at a girl who left him for a lead singer! There’s a denouement to the tale that I won’t spoil here but needless to say, you’ll be gripped by the storytelling and rooting for our protagonist till the very end whilst singing your heart out and dancing like a loon. ‘Ain’t Got No Phone,’ meanwhile, is an ephemeral, dreamy album closer that has campfire vibes and a world-weary feel to it as Burgess sings about talking to his dad in heaven. And then we’re done.

What a very special album this is. For a debut album, ‘Tears is the Size of Texas’ is simply stunning. Rich, evocative storytelling plays out on top of unique and original instrumentation. Songs erupt when you least expect them to and go in places you’d never have dared. There’s also a raw simplicity about this album that is both refreshing to hear and yet comforting too. Burgess has got a unicorn on his hands with ‘Tears the Size of Texas’ – a debut album more accomplished than many artists’ third, fourth or fifth attempts. It’s incredibly timely and yet timeless too and I can’t wait to see him play these songs live. We could be looking at the next big thing here, folks, get onboard now and enjoy the intimacy.