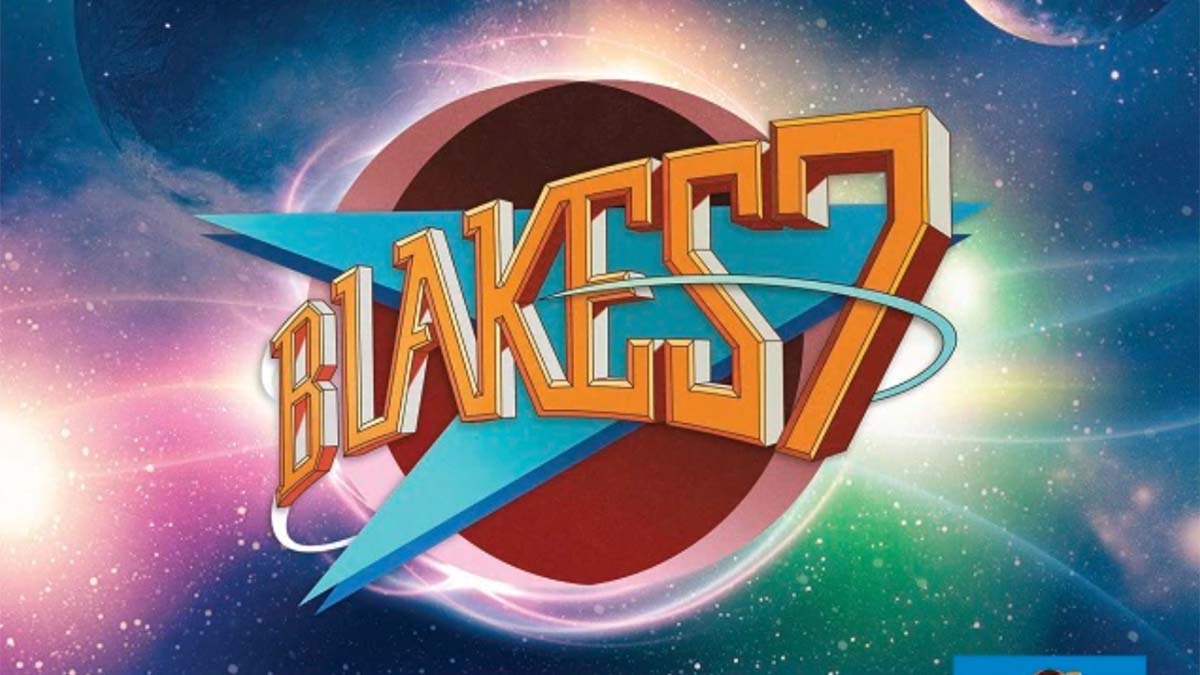 “Down and safe!” The BBC’s celebrated sci-fi space opera ‘Blakes 7’, which was created by Terry Nation, ran for four glorious seasons from 1977 to 1981. The show is still adored by legions of fans. From Paul Darrow as Avon, Paula Wilcox as Soolin and Jacqueline Pearce as the sexy villain Servalan, the show created many memorable and iconic characters.

The crack band of freedom fighters, locked in a power struggle agains the authoritarian Terran Federation, regrouped for two radio adventures in the mid-1990s. ‘The Sevenfold Crown’ and ‘The Syndeton Experiment’ now come to vinyl for the first time, alongside cast interviews and extracts from Zen and the Art of Blake’s 7.

Presented across 3 x 140g vinyl discs in three colours, these full-cast dramas star Paul Darrow as Avon with Jacqueline Pearce as Servalan, Michael Keating as Vila, Steven Pacey as Tarrant, Paula Wilcox as Soolin, Angela Bruce as Dayna, and Peter Tuddenham as Orac and Slave. Written by Barry Letts (of ‘Doctor Who’ renown) they feature incidental music by Jeff Mearns as well as the familiar strains of Dudley Simpson’s iconic theme music.

The removable slipcase cover reveals a trio of coloured LPs – plus a frameable art print – in a widespine sleeve. The discs are presented in individual sleeves which, when place side by side, reveal a landscape scene of Scorpio in flight.

Full cast and credits are accompanied by graphics illustrating the tech of ‘Blakes 7’.

The vinyl set is released by Demon Records in October and can be pre-ordered here: https://blakes7.lnk.to/radio.