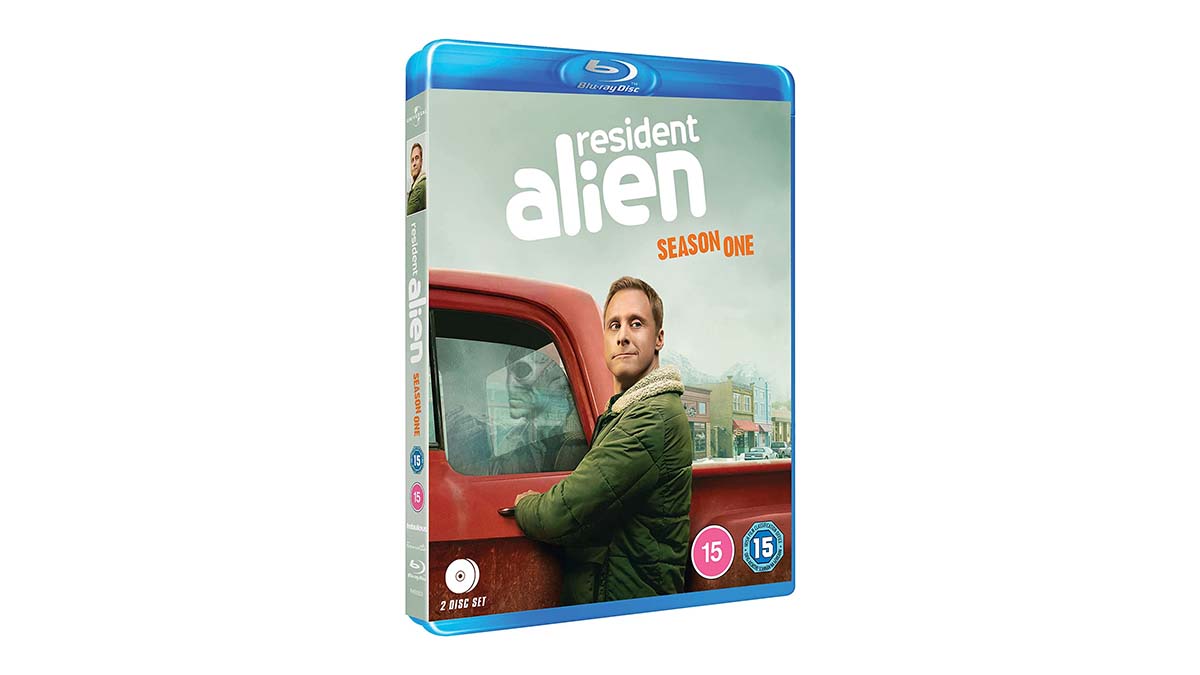 The series was created for television by Chris Sheridan (based on the comic book by Peter Hogan and Steve Parkhouse) who has been a writer on ‘Family Guy’ for 20 years for which he has been nominated for five Primetime Emmy Awards and a British Academy Television Award.

Alan Tudyk plays the lead role in ‘Resident Alien’. Previous roles have included K-2SO in ‘Rogue One: A Star Wars Story’, Sonny in ‘I Robot’, Steve the Pirate in ‘Dodgeball: A True Underdog Story’ and King Candy in ‘Wreck-It Ralph’. Tudyk has been a voice actor in every Walt Disney Animation Studios film since ‘Wreck-It Ralph’ in 2012.

A crash-landed alien (Alan Tudyk) must take on the identity of a small-town Colorado doctor called Harry Vanderspeigle and somehow find a way to fit in with the local human population. While attempting to complete his secret mission on Earth, Harry is forced to consider the possibility that humans might be worth saving after all.

To celebrate the release we’ve got 2 copies on Blu-ray to give away. Enter below for a chance to win…