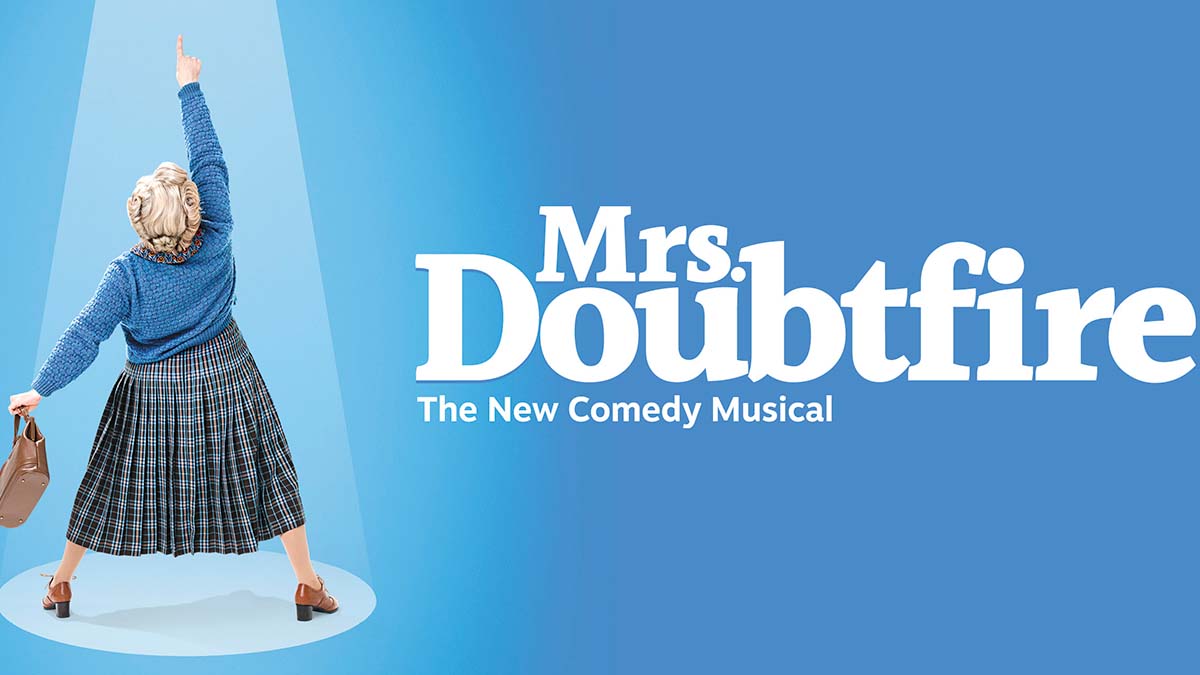 A hilarious and heartfelt story about holding onto your loved ones against all odds, Mrs. Doubtfire is the musical comedy we need right now.

Out-of-work actor Daniel will do anything for his kids. After losing custody in a messy divorce, he creates the ​alter ego of Scottish nanny Euphegenia Doubtfire in a desperate attempt to stay in their lives. As his new character takes on a life of its own, Mrs. Doubtfire teaches Daniel more than he bargained for about how to be a father.

‘Mrs. Doubtfire’ has been created by a transatlantic team of award-winning artists, with a Book by Karey Kirkpatrick and John O’Farrell, Original Music and Lyrics by Wayne Kirkpatrick and Karey Kirkpatrick, (the Tony Award-nominated team behind ‘Something Rotten!’, along with O’Farrell), Direction by 4-time Tony winner Jerry Zaks (‘Hello, Dolly!’), Choreography by Lorin Latarro (‘Waitress’), and Music Supervision, Arrangements & Orchestrations by Ethan Popp (‘Tina: The Tina Turner Musical’).

‘Mrs. Doubtfire’ is produced by Kevin McCollum and Jamie Wilson and is presented by special arrangement with Buena Vista Theatrical.