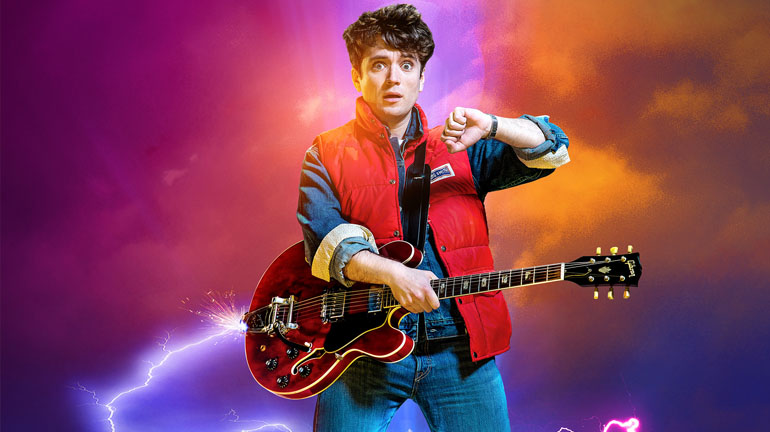 Back to the Future at Manchester Opera House

“Doc, I’m from the future. I came here in a time machine that you invented. Now I need your help to get back to the year 1985!”

In February 2020, Doc Brown’s infamous time-traveling Delorian tears back from the Eighties as Back to the Future The Musical opens at Manchester Opera House.

Based on the Universal Pictures/Amblin Entertainment film, the new musical will have a book by Bob Gale and new music and lyrics by Emmy and Grammy Award-winning Alan Silvestri and six-time Grammy Award-winning Glen Ballard, with additional songs from the film including The Power of Love and Johnny B. Goode.

The role of Marty McFly will be played by Olly Dobson, whose previous West End credits include the original cast of Bat Out Of Hell The Musical and Matilda. Further casting to be announced.

All members of the original cast of the film are excited about this new musical version. Christopher Lloyd, who played Doc Brown, said: “Ever since Bob Gale told me about this, I’ve been eagerly anticipating it and, in particular, wondering what it will be like to hear Doc Brown sing. So I’m really looking forward to attending the opening in Manchester to experience our wonderful movie as a musical. I’m only sorry I don’t have a real time machine so that I could see it tomorrow!”