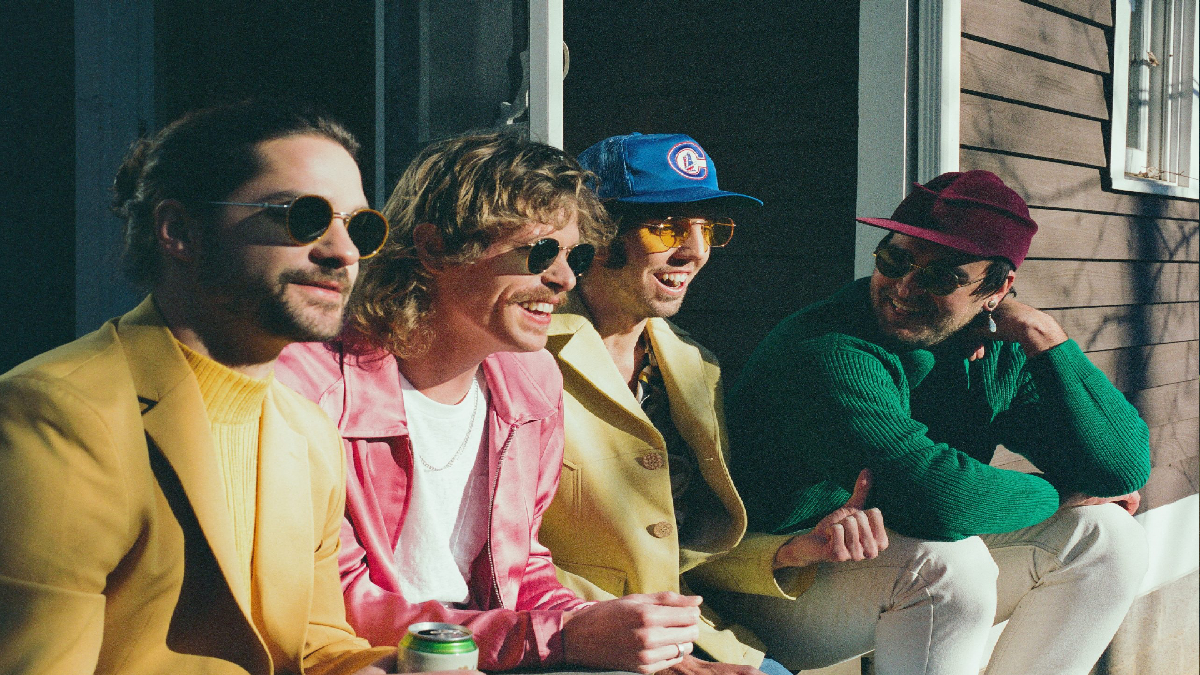 I grew up not far from the acoustic folk trio Caamp’s home base of Vermillion, Ohio, and I went to college even closer to it, in Oberlin. I am very familiar with the natural beauty of the American heartland region, a beauty they capture on their new album ‘Lavender Days’. While their storytelling is effective, it is their ability to capture the natural landscapes and scenery of their native Buckeye State that really shines on this album. It is on the tracks where the band is dealing with these subjects — ‘The Otter’, ‘Appletree Blues’, ‘Garden Song’ and ‘Snowshoes’ that the band is at its strongest.

A bit of strong guitar picking begins ‘The Otter’ and the strong image, “I am floating in deep water, like the unfamiliar otter, in love with someone’s daughter.” It’s a curious combination of imagery and story. The vocals here are strong and clear, clean, midwestern accents, easy to understand, and that’s true throughout the album. The banjo has a naturally percussive effect; here, without drums, that quality really comes out, and you hear the pluck of the strings, the “thunk” of it adding a necessary beat to the song.

‘Appletree Blues’ is a little too fast-paced at the beginning, but it sets up a nice, acoustic version of heartland rock. The band is not shy about what they’re going for here, as the lyrics declare, “I could use a little bit of rock ‘n’ roll.” The beginning few seconds go by a little too quickly though, and don’t quite allow the listener to process the imagery of the rabbit, the apple tree, and possibly something else that I might’ve missed. All of that goes by in about 7 seconds, and it could’ve easily been slowed down to a few seconds later before the pace picked up; it’s an effective pace for the rest of the song, but it doesn’t quite work at the beginning.

The pairing of imagery, pace, and storytelling in ‘Garden Song’ is very effective. Setting the story in a garden sets the right ambience for this gentle story of two people falling for each other, and the gentle easy pace is matched perfectly to that ambience. If Caamp seems a little hurried on ‘Appletree Blues’ there’s no hint of that here; they get into a groove, and they take their time to tell this story, simply and effectively.

‘Light’is well-designed, sonically, with its sound matching title, but it doesn’t quite feel like it delivers a strong central image I can grab onto. The lyric, “What lights you up / What makes your blood run cold,” reverses the emotional direction of the song, and it doesn’t match the tone of the music — it’s much more somber than that’s what being played. It just doesn’t quite make sense; light is usually associated with heat, and this just doesn’t seem right to me. ‘Snowshoes’ doesn’t really deliver a strong enough central image to justify its title.

A strong effort from Caamp, there’s a lot to like in ‘Lavender Days’. Many of the tracks, like “Garden Songs,” show real evidence of the band’s growth.