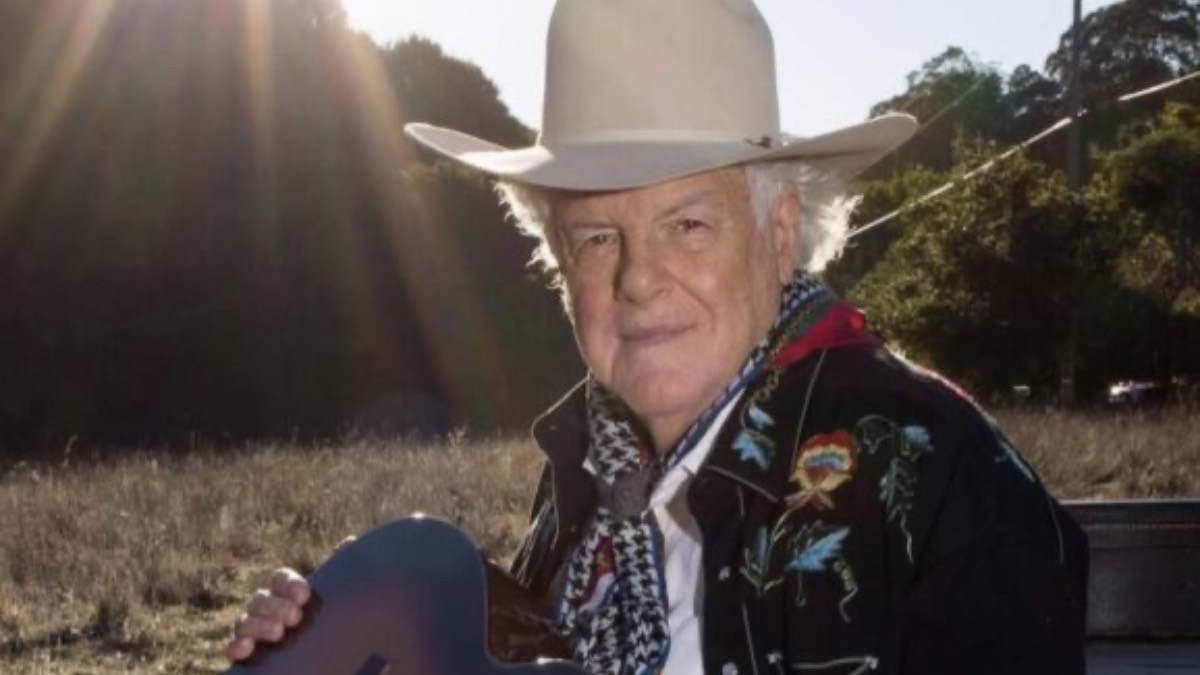 Peter Rowan is a unique figure in bluegrass music for many reasons. With a career that spans more than 60 years, he has a direction to its foundations: he played with Bill Monroe. But he’s also played very different musicians, ranging from mandolin maestro David “Dawg” Grisman and Grateful Dead guitar wizard Jerry Garcia to Los Texmaniacs. His foundation lies in bluegrass, but he’s also explored jazz and Latin music, often combining these very distinctive genres to great effect.

Rowan’s spiritual path as a long-practicing Buddhist also makes him stand out, especially in bluegrass, a genre which has distinctively Christian roots in Appalachia. His latest album ‘Calling You From My Mountain’ is a solid return to his bluegrass roots; to understand it, you really have to understand his spiritual journey and his unique perspective. The imagery in these songs comes from a particular context and tradition, and it carries with a certain meaning. Bluegrass music is, often, deeply spiritual, and ‘……..My Mountain’ is no exception, but the spirituality being expressed here is a welcome and refreshing change from the usual.

The album begins with the title cut, and it’s clearly a spiritual metaphor. Mountains, of course, are tall, and they reach toward heaven. Opening the album with this track, Rowan is reaching toward the heavens, setting out on a spiritual journey. It is through the prism of that journey that the songs here need to be understood. When Rowan sings ‘Penitentiary Blues (Big Brazos)’ he’s singing about a prison — a literal prison — but he’s also singing about the imprisonment of the spirit. It’s not a coincidence that there are just two more tracks on the album ‘Dream of Heaven’ and the closing ‘Freedom Trilogy’. If you were in a prison, you would “Dream of Heaven” and you would hope for freedom.

‘The Song That Made Hank Williams Dance’ as Rowan has discussed, is, in part, about how Williams’s alter ego, Luke The Drifter, was a kind of shaman. ‘Light at the End of the World’ obviously from the title, fits right into the spiritual themes of this album. ‘The Red, The White and The Blue’ is an interesting take on WWII, a melancholy bit of memory, a sadness that war is ever necessary. It’s a very Buddhist way of dealing with the subject.

‘Calling You From My Mountain’ is definitely a stronger album when it reaches its second half. The tracks on the first half are solid, but they feel a little bit like they might have come a generic bluegrass album, and they’re not as tightly integrated into theme and arc of this album. When Rowan gets to the back half of this album, however, he gets on a really solid roll, and he cooks with gas. At over 80 years old, he’s still got a great voice, and his delivery is fantastic, as is his more than solid guitar work. A few very good friend show up to put in excellent guest appearances (Molly Tuttle, Lindsay Lou, Shawn Camp, Billy Strings), which all add colour & depth to the album.

Track list: 1. New York Town 2. Veil of Deja Blue 3. Come Along Jody 4. Little Blue 5. The Song That Made Hank Williams Dance 6. Winning Hand 7. From My Mountain (Calling You) 8. Frog on the Lily Pad 9. The Red, the White and the Blue 10. Light at the End of the World 11. Penitentiary Blues 12. Dream of Heaven 13. Freedom Trilogy Record Label: Rebel Release Date: June 24th 2022 Buy ‘Calling You From My Mountain’ now