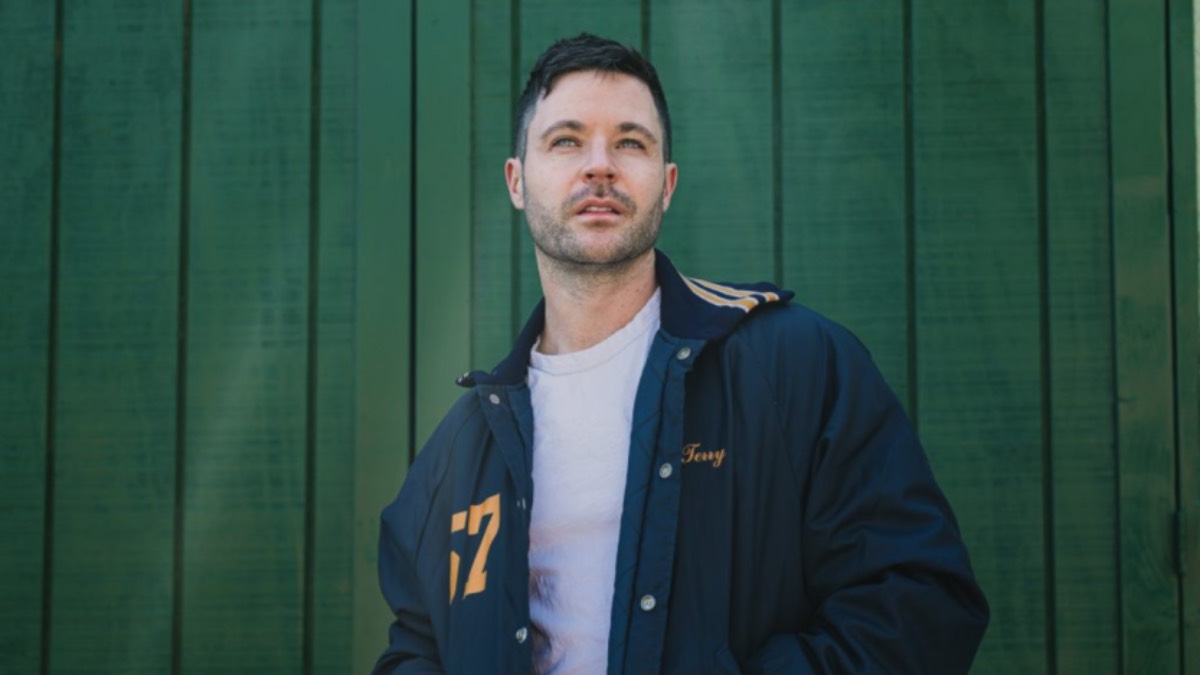 Brandon Stansell releases his new album, ‘This Must Be The Place’ today. (June 24th) In 2017 he released his debut album ‘Slow Down’ before following that up in 2020 when he released ‘Hurt People’ (the title track featuring Cam) – a heartbreaking EP about his own family’s response to his coming out. ‘Hurt People’ was a heartbreaking look at intolerance and prejudice and it only served to elevate Stansell’s standing amongst the Nashville musician’s community. Here we are, post-pandemic, in 2022 with brand new set of songs and a real step forward in Stansell’s evolution, sound and style. We were thrilled to grab 20 minutes with him to talk all about it. If you want to read our review of ‘This Must Be The Place’ please click on the link.

Congratulations on ‘This Must Be The Place’. You must be excited by its release?

Thank you, yeah, I am! It’s been a year plus in the making and it’s the first thing I’ve kinda co-produced, I produced it with my buddy Julian. It’s been such a fun. I’ve spent a lot of time in my career to date writing about the queer experience and my own experiences with coming out, which has felt heavy at times. It was important for me to do that, obviously, but with this record I’ve got to have a bit more fun with it.

The production of this album is fascinating. Very 80s leaning production sounds, programming, keyboards and drum rolls. Was that intentional?

I wanted to achieve that sound. I’ve always straddled a line with my music. I grew up listening to Country music but I also was inspired by other things too and that 80s sound is something I grew up with and loved. I’ve always put that interest to the side as I straddled that line of asking myself ‘Is my music Country enough?’, you know? I’ve always stayed in that lane to be honest but during the pandemic I kinda just threw my hands up in the air and said that I’m just gonna make the music I want to make.

The peak 80s moment for me comes on the saxophone solo on ‘Wild Ride’. I love that. More sax please!!!

The demo on that track had a guitar solo there. We were listening to it in the studio and I was, like, ‘I just don’t want a guitar solo there!’ (laughing) I very poorly played alto-sax in my middle school band and Julian asked if I wanted a saxophone solo there instead and I was, like, ‘YES!!! Yes please!!’. We asked Justin Clunk, who plays for a ton of people out here, to come in and he just nailed it. He’s upsettingly good! (laughing)

You touched on middle school there. You were a ‘child performer’ at Opryland from the age of 6. How did you get into that and what did your average day look like?

My very first show was an Easter show at the Opry house when I was six years old. My mother took me to an audition after I’d been singing for a while and I kinda just fell into that world of kid performers. I grew up with Natalie Stovall from Runaway June, and a ton of other people who have gone on to have musical careers.

I loved it. It taught me a lot about the industry and the artistry too. I learned that success is not just about singing a song, it’s about connecting with people.

So you always knew you wanted to be a musician?

Yeah, I’ve always known, ever since I was a small kid. I’m a great believer in telling parents that whenever they feel their child has an inclination for anything, whether it’s music or sport or art, whatever, that they should go with it. What a blessing it is when children know what it is they want to do.

And your family were onboard with that? I know that they haven’t been supportive of your sexuality but they were when it came to music?

Yeah they were. We lived in Chattanooga, quite a ways outside of Nashville and mother taught Elementary school. When I was working in Nashville we would finish school around 3pm and we would hustle up into town and I would do the show at the Opry and then we would drive back to Chattanooga and then get up the next morning and do it all again.

For a woman that had not just one child, but five, it was a hard juggle, I’m sure! (laughing) My family were always very supportive of my art and my passion for music.

Talking about the music then, lets deep-dive into ‘This Must Be the Place’. Presumably, most of these songs were written in the pandemic? The album feels very reflective in some places and then very progressive and forward thinking in others.

I broke up with my ex right before the pandemic. Like, around November 2019, so I had a lot of things to think about! (laughing) A broken heart is always the best catalyst for writing a great song, don’t you think? That’s kinda where the album first started. It’s not all about that but that event was the start of it.

‘Good at the Time’ seems like it might have produced one of the more interesting stories to come out of the process!

People seem to like that one! (laughing) A lot of people have, obviously, tried online dating so it seems to be very relatable. Some people have been more successful than me but at least I got a great song out of the experience, right?

I wrote that song with my good friends Will Jay and Sam Creighton, we have so much fun when we write together. It is a very conversational song. I had just gotten back from this trip to Play Springs and I couldn’t wait to tell them what happened, I was telling them this story and they were, like, ‘We’ve gotta write this as a song!’. It took us, maybe half an hour to write, it just fell out of us.

I wrote that song with my friend, Courtney Cole. She’s an incredible singer-songwriter. I don’t know what space I was in at the time. I was telling her that I have ten nieces and nephews – I don’t know them very well, I’ve met most of them but I feel like I can’t have an honest relationship with them because I can’t be honest with them about who I am and what my life looks like without also talking about how terrible their parents were! (laughing) To this day, I know that if they could go back they still wouldn’t change any of the things they did or said to me.

These kids are so sweet and it always kills me that I don’t get to see them or love them as much as I would like to but they are not old enough to fully understand the dynamics of what happened. It’s not just a straight issue or a queer issue, it’s just a human thing and I think it’s more common than people realise. That song is for them and for people living with things and issues that are regarded by society as being taboo.

My favourite song on ‘This Must Be the Place’ changes day by day, which is always the sign of a really interesting album I think. Do you have a favourite song?

The album is titled ‘This Must Be the Place’ and I love all the songs on there but that one is favourite which is why it’s the title track. That song encompasses everything that the album is about. ‘Wild Ride’ feels like that too – where I spend some time looking at my past but also both songs are very forward leaning too. I’m very excited about what’s to come, which to some people might be unnerving but to me, it’s exciting. That uncertainty and the possibilities of things, the uncertainty is exciting.

It’s been seven years since you released your first EP. How have things changed for the LGBTQ+ community since then?

Things have really changed since 2015 in a great way. There are still remnants that can be not so small, sometimes (laughing) but there has been progress. CMT and the ACM recently put out ‘Pride’ playlists which I got tagged in. Some of the comments are typically negative, you know? Things like ‘Why is this being shoved in my face?’ and ‘Why do gay people get a whole month?’, you know, the usual stuff and when you see comments like those it makes you wonder just how far we’ve actually progressed in society but the very fact that the ACM and CMT have even produced these playlists make you realise we have made strides in the past few years.

When I arrived in Nashville in 2015 most people wouldn’t touch me with a ten foot pole but seven years later things feel very different……….

.….Were you expecting that kind of reaction from Nashville in 2015?

Oh, for sure. I mean, I grew up in Chattanooga so I’d already lived a life amongst people with ‘those’ opinions! (laughing) I was kind of bouncing back and forth between LA and Nashville and I fully expected the attitudes to be different.

Not only do you have a new album out but you’ve produced a documentary called ‘Three Chords and a Lie’ for Southwest Airlines. Tell me a bit about that.

Visibility is important and this was a way to take the music that I was writing and flesh out my story and my experience but not just to talk about me, I work with a charity called Nashville Launchpad who take in homeless youth, the majority of who just happen to be queer. We interviewed a bunch of the kids and got to hear their stories too. I mean, these are kids who have been kicked out of their houses for no other reason than being honest about who they are. The cycle just goes on and on so I hope the documentary can help break it, change it in some way or provide support to those queer people going through similar experiences. I also hope it can help educate or inform straight people and non-queer people in moving towards understanding it doesn’t have to be this way.