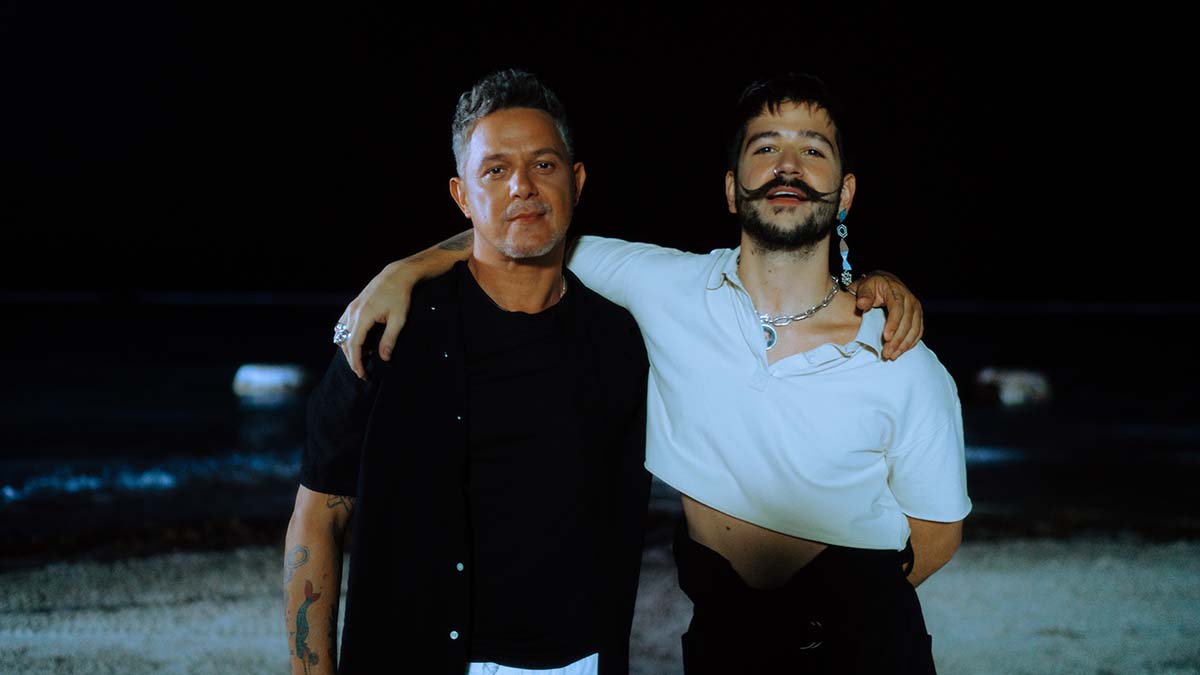 Composed by Camilo, Sanz and Édgar Barrera, ‘NASA’ is available to download and stream now. It’s the third track to be lifted from Camilo’s upcoming album ‘De Adentro Pa Afuera’ due for release in September 2022.

This collaboration is a dream come true for Camilo who has been a faithful admirer of Sanz’s music since he was young:

“Alejandro and I met last year when he came with his family to my first concert in Madrid. While we were talking, I dared to tell him that one day we would make a song together, to which he replied that he wanted to as well. Eventually we became great friends and that’s how ‘NASA’ was born. More proof that dreams do come true.”

The video for ‘NASA’ was directed by Evaluna and Marlene Montaner. It was filmed in Cap Cana, Dominican Republic in April.

‘NASA’ follows previously released hits ‘Pegao’ and ‘Índigo’, which will appear on his upcoming third album.

The release of “NASA” coincides with the announcement that Camilo receives 7 nominations for the upcoming Premios Juventud across seven categories: Male Youth Artist, Favorite “Streaming” Artist, Best Couple Song, OMG Collaboration, Viral Track of the Year, Best Fandom, and Album of the Year.

His previous album ‘Mis Manos’ received a Grammy nomination for Best Latin Pop Album which followed a record-breaking 8 nominations (the most of any artist of which he won 4) at the Latin Grammy Awards earlier this year.

Following a sold-out show at O2 Shepherd’s Bush Empire in 2021, Camilo will embark on a world tour this month throughout 2022, performing across the UK, Europe, US, Puerto Rico, Canada, and Colombia.

In this article:Alejandro Sanz, Camilo