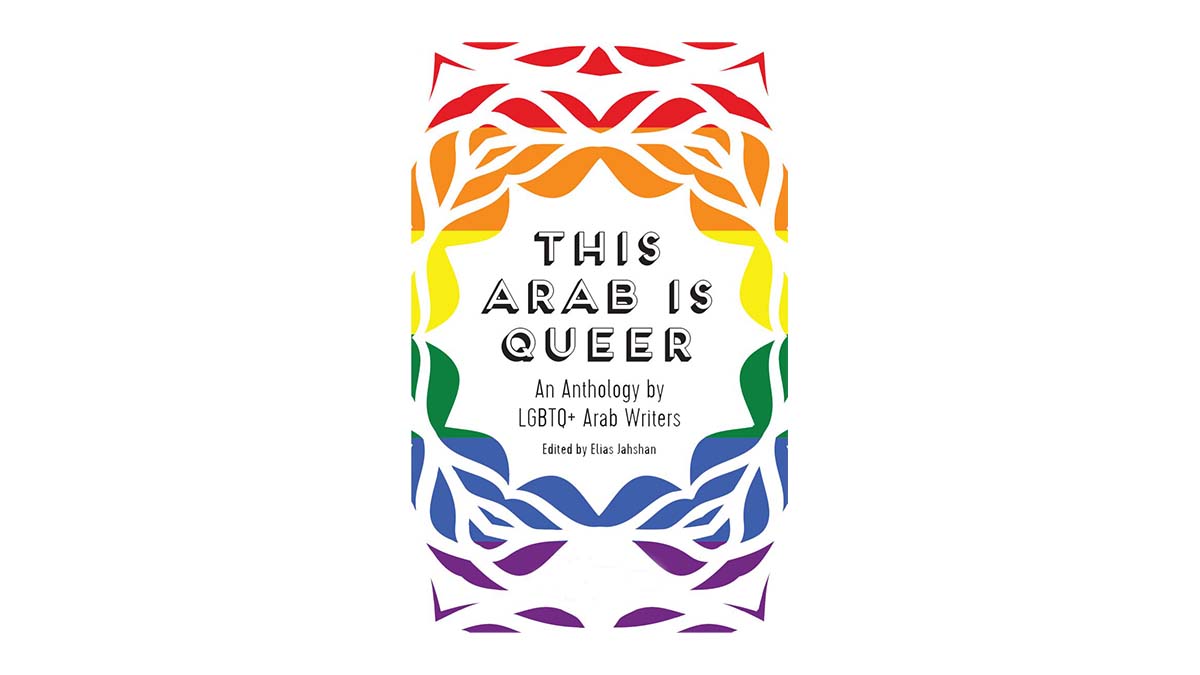 With rights for LGBTQ+ people improving in many parts of the world, there are still plenty of countries that haven’t embraced acceptance or tolerance in the same way. Many of the stories we read or see depicted focus on a very Westernised view of what the queer experience is like, and while that should be celebrated as it’s helping to increase visibility, it fails to fully serve or represent the global makeup of the community. New anthology book ‘This Arab Is Queer: An Anthology by LGBTQ+ Arab Writers’ aims to dispel some myths that exist around being a queer Arab and show what life in the modern age is really like for them.

Comprised of contributions from 18 writers, ‘This Arab Is Queer: An Anthology by LGBTQ+ Arab Writers’ is a mixture of deeply personal stories about accepting queerness, coming out, navigating the political and religious landscape as a queer person, and deconstructing the perception of what life as a queer Arab is like. At times bordering on the academic and at others offering a fascinating and educational insight into the realities of being a queer Arab, the book is likely to provoke, inspire and create conversations.

One of the early highlight’s is Saleem Haddad’s ‘Return to Beirut’, a touching and compelling entry that deals with Haddad’s attempt to reconnect with his birthplace while navigating life as an openly gay man who has emigrated to Lisbon. We learn about Haddad’s family through recollections of him visiting Beirut following explosions in August 2020, and we gain insight into his life as a gay man through his interactions with an on/off lover. Haddad paints a real contrast between the life he left behind and the one he now lives, and for many of us reading we just can’t begin to reconcile the two.

In Amrou Al-Kadhi’s ‘You Made Me Your Monster’ tells of their difficulty growing up in an Iraqi family despite a close bond with their mother. They go into detail about how they left the family unit to pursue a career in drag as a way of being able to process their experiences and find some semblance of inner peace at the same time. In ‘My Kali – Digitising a Queer Arab Future’ Khalid Abdel-Hadi discusses founding his online magazine ‘My Kali’ and the challenges he came up against from Jordanian society as he tried to represent the community that he exists within.

Another highlight comes with Raja Farah’s ‘The Bad Son’, which tells the story of Layth, a man in his 40s who is gay and stuck caring for an aggressive and ailing father. While at the hospital with his father once again, Layth bumps into a previous hook-up, Mazen, which stirs up unresolved feelings and thoughts of what could have been.

Elsewhere in the collection Sudanese-born Ahmed Umar recounts the education that was drilled into him that gay is wrong in ‘Pilgrimage to Love’, Amina’s ‘An August, A September and My Mother’ delves into the complicated relationship between a woman and her mother with plenty left unsaid, and Emirati Arab Saeed Kayyani gets candid about the difficulty of finding love and realising that Arab men can be fetished in ‘Trophy Hunters, White Saviours and Grindr’.

‘This Arab Is Queer: An Anthology by LGBTQ+ Arab Writers’ is a challenging read but it’s one that showcases perspectives we simply don’t see enough of. As a white gay man myself, I’m not best-placed to pass comment on the experiences shared here by this 18 writers, and these stories are their own truths to tell and own, but I will say that the book opened my eyes up to a part of the queer experience that I hadn’t really been exposed to.

In this article:This Arab Is Queer