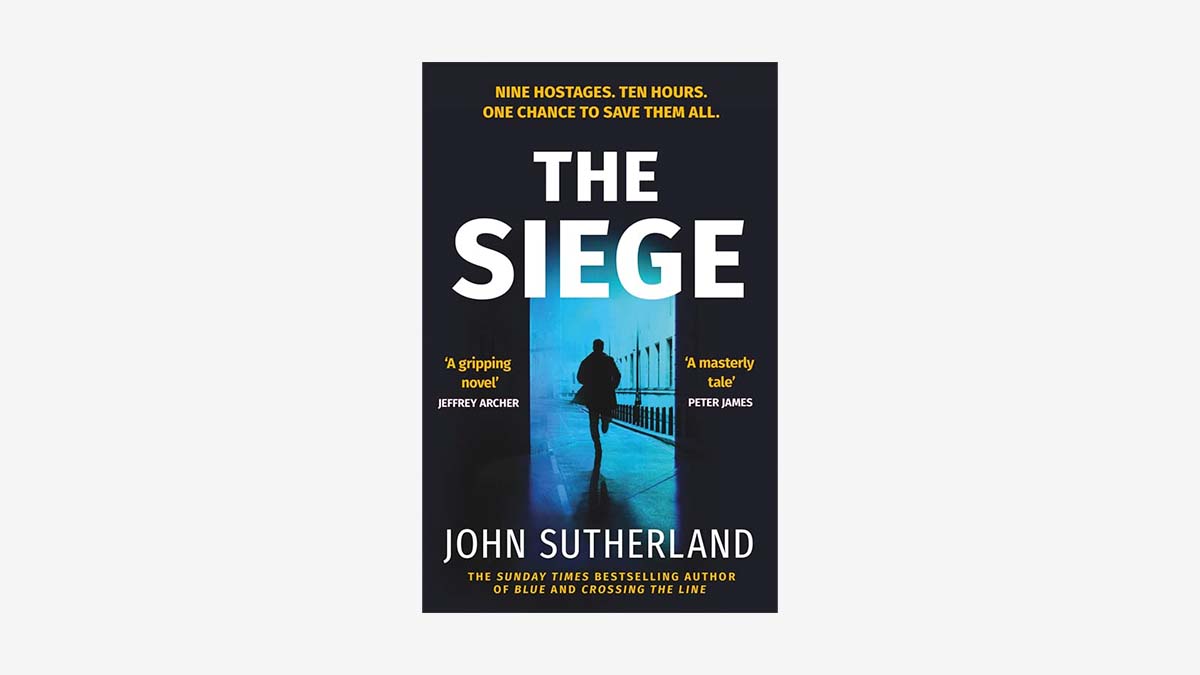 Superintendent Alex Lewis is called in to lead the hostage negotiations when white extremist Lee James Connor takes nine people hostage at a local church hall. Haunted by his last hostage negotiation, which ended in tragedy, Alex has to forget the past and focus on the future in order to get everyone out of the situation safely. Setting up base nearby, Alex has only phone contact with Lee and as he tries to talk Lee round, the lives of the hostages inside the church hall hang in the balance.

John Sutherland spent 25 years in the Metropolitan Police, spending some of that time working as a hostage negotiator. He rose to Chief Superintendent before retiring in 2018, after which he wrote his best-selling memoir ‘Blue’. ‘The Siege’ is Sutherland’s debut novel and he’s poured all of his experience into the story, showcasing an engaging and gripping ability to keep the tension high while pushing the story forward. Plot wise, ‘The Siege’ is fairly simple; a white extremist crashes an immigration support group meeting in a church hall and threatens to kill them all unless the leader of the right-wing extremist group Home Front, Nicholas Farmer, is released from prison.

You can see why Sutherland has chosen this particular topic to focus his debut novel on. Not only does it allow him to draw on his expertise from his time in the police, but it also tackles topical issues that are rarely out of the headlines. In fact, you’ll recognise quite a few of Lee’s rants as words spoken by key political figures across the world and the plot very much plays into the racial divide that has been a hot topic since the murder of George Floyd in the US and the outcome of Brexit here in the UK.

Told through three different perspectives – Alex, Lee and support group helper Grace – ‘The Siege’ is never a dull read but it’s not without its issues either. Lee is ripped right out of the headlines and could easily be based on any number of people that have been associated with the real-life Britain First group. The motivation for his actions is revealed, and I won’t say what it is here, but I couldn’t help but feel that Sutherland has taken an incredibly complex and nuanced issue, and given a somewhat simplistic take on it.

The character of Grace, a single mother who lost her husband and one of her children, is set up as a foil for Lee inside the church hall. A black woman of faith, her character is used to force Lee to think about what he’s doing and his conflicted feelings towards who he thinks she is, and who she reveals herself to be, is one of the key plot points in the book. The problem is, I’m not sure I wholly bought the way that the story unfolds and I think a deeper dig into why people like Lee commit these atrocious acts, would have given the book wider context.

That criticism aside, the plot for the most part works. Alex is battling his own crisis of confidence as Grace is finding her own inner strength, and Lee starts to wonder if what he’s doing is actually the right thing or if he’s taking his aggression out on the wrong people. Sutherland depicts some very tense moments and the short nature of the chapters means the book is hard to put down, especially once the hostage situation begins.

‘The Siege’ is without a doubt a page turner but I couldn’t help but feel that Sutherland’s views came across too strongly. Of course, there is no excuse for racism in society but the issue is so much more complex than it’s presented here. Having Lee be an antagonist with a very familiar and stereotypical background undermines what Sutherland is trying to do and it prevents the book from elevating to the powerful story that it might have been.

In this article:John Sutherland, The Siege