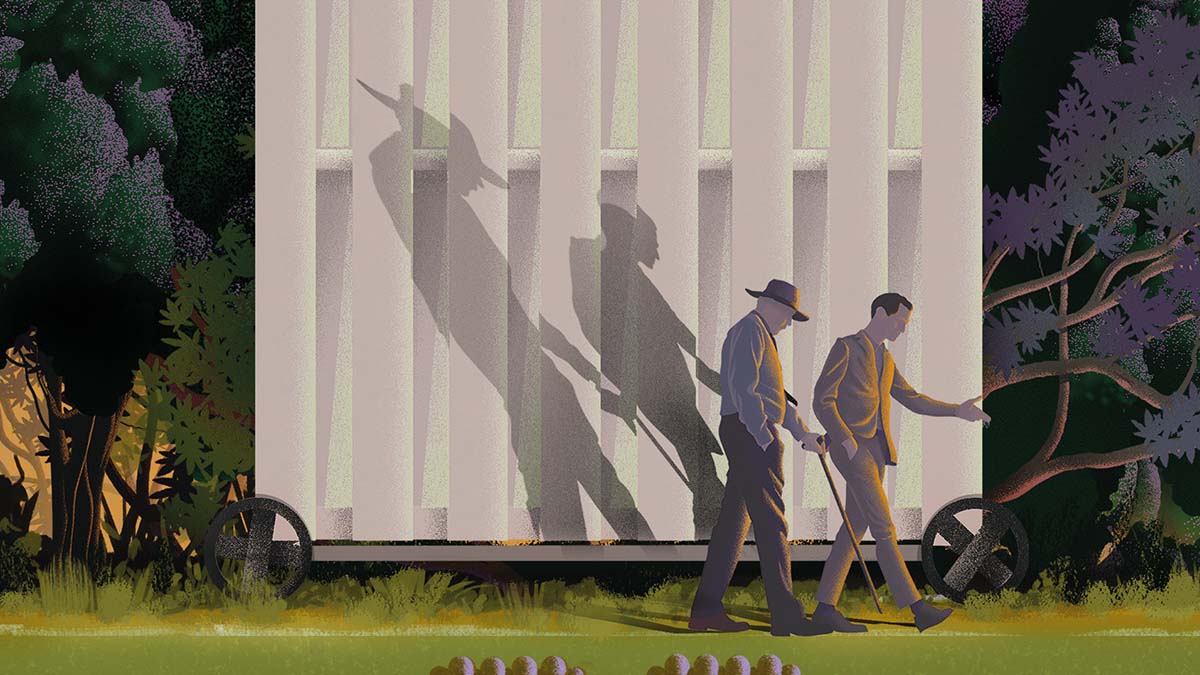 ‘A Perfect Spy’, which was first published in 1986, is, some critics would argue, John le Carré’s masterpiece. ‘Tinker, Tailor, Soldier, Spy’ and ‘The Spy Who Came in from the Cold’ were already published, and ‘The Russia House’ would soon follow. ‘A Perfect Spy’ is his most personal work, drawing on some autobiographical elements for the main character of Magnus Pym. An important distinction is that, unlike the anti-hero of this novel, le Carré never defected to the East or betrayed his country.

The story, which sprawls over almost six hundred pages, is a psychological study of a lifelong spy, Magnus Pym, and the reasons why he has turned traitor, delivering state secrets to his Czech contact, Axel. Charming, well-mannered and oh-so-terribly English, Pymn is as unlikely a double agent as you could imagine. And yet…

Much of the novel examines the fall-out from the consequences of Pym’s defection. There is the primary impact upon his family. His wife, Mary and son, Tom, feel the devastation of Pym’s disappearance from their lives, but they immediately fall under suspicion. They are left remembering the clues from a holiday in Greece with Pym when they kept sighting two suspicious-looking men. Attempting to understand the betrayal and track down Pym is his long-time friend and superior, Jack Brotherhood. Having recruited Pym in the first place, Brotherhood carries with him a certain sense of personal blame, which ensures his determination in bringing the manhunt to a swift and satisfactory close.

The plot of ‘A Perfect Spy’ unfolds in a fairly predictable manner. There’s little that happens that comes as a surprise to the reader. It’s in the telling of it that le Carré reveals his literary flair, imagination, and capacity for gradually revealing complex ideas in fiction. Thus, the storytelling isn’t linear, nor is it told in a consistent point of view. Most of it is third person, save for the chapters that are written as Pym’s letter to his son, Tom, offering his life story by way of explanation for leaving his family and betraying his country. To add another layer of complexity, he refers to himself as ‘Pym’ and writes of his younger self in the third person.

Along the way, we learn of the domineering influence of Rick, Pym’s arrogant and immoral father. This unequal relationship helps to explain much of Pym’s extraordinary capacity for deceit, as one who survives through living by his wits. If there is a certain charm to Rick and Magnus Pym, it is insufficient by itself to make up for their character flaws and persuade the reader to like them. Pym lies fluently, almost as a reflex action. He is forever inventing a version of himself to present to whomever he is speaking to at the time. He is the ultimate chameleon, unknowable, evasive and ghostly. Neither are the other main characters any more alluring. Whereas Brotherhood’s search for Pym is warranted, his cross-examination of Mary borders on the brutal. Tom, on the other hand, never escapes from the shadows of his more impressive father and grandfather and remains rather dull. This leaves the reader uncomfortably guided through the eyes of characters who you wouldn’t choose to befriend in life, which in turn lends an interesting perspective on the dangerous and secret world that Pym inhabits.

The sequence of events and page length don’t match either. Certainly, le Carré’s prose style is verbose, albeit technically brilliant in its long descriptive passages. Yet, unlike Pym’s abilities in espionage, it is not perfect. Do we really need so much insight into extraneous details such as Tom’s schooldays? Some incidental characters such as Pym’s landlady Miss Dubber leap off the page as fully-rounded people. Others, such as the prostitutes Pym meets who have a connection with his father come across as broad stereotypes. Ultimately, the biggest criticism of the book is that the prose is cold. Intellectually dazzling in parts, certainly, yet lacking in some of the human element that would accentuate our appreciation of the real-life consequences of Pym’s actions.

Despite some reservations about the way in which le Carré chooses to unpack his story, there is no doubt at all that he is a fine writer whose canon is always worth visiting. ‘A Perfect Spy’, written in the closing years of the Soviet Union, still tapped into the Cold War fears that many millions of ordinary westerners lived with day to day. ‘Reds under the bed’ was a tangible and sensible concern. After all, how do you ever truly know anybody, even if you’ve been married to them for decades? That’s the question at the heart of the book. How do we choose whom we trust, and what happens to our worldview when that trust is abused? ‘A Perfect Spy’ is a great book of the espionage genre for understanding the psychology behind intelligence operatives. It rewards a patient and close read.