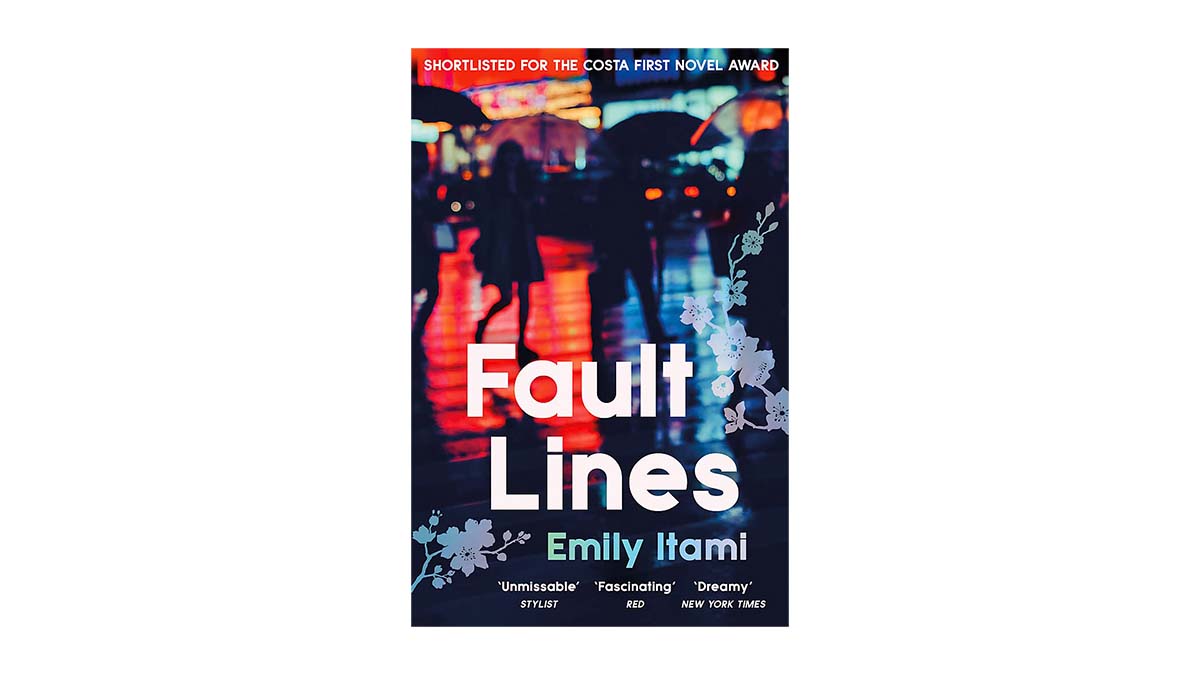 Mizuki is a Japanese housewife that seemingly has it all. Dedicated to raising her two children Aki and Eri, and supporting her workaholic husband Tatsuya, Mizuki’s life is anything but perfect once you peel back the layers. A breakdown in communication with her husband leads her to wonder if suicide may be a preferable option, and she feels overlooked and discarded as her days blend into one another. By chance, she meets Kiyoshi, a restauranteur whom she doesn’t like immediately but soon becomes intrigued by, and before long Mizuki is building a separate life with him away from her family. Pulled between her dreams and her obligations, Mizuki distracts herself with Kiyoshi putting off the inevitable difficult decision she’s going to have to make.

‘Fault Lines’ is the debut novel by Emily Itami and it’s an assured, addictive and compelling read. Exploring contemporary Tokyo and the many unspoken rules that its citizens abide by, Itami presents us with Mizuki, a lead character that is self-deprecating, sharply funny and on the verge of a mid-life crisis. Having had her eyes opened to the world after spending time in New York when she was younger, Mizuki struggles to conform to the dedicated housewife and parent that society expects her to be. While there’s no doubt she loves her young children, Mizuki can’t help but wonder what life might have been like had she made different choices.

With dreams of becoming a singer long behind her, Mizuki starts to feel a spark in her life once again when she meets Kiyoshi. She’s upfront about being married but that doesn’t deter him from wanting to spend time with her and Mizuki fools herself that she could maintain a secret platonic relationship with a man she clearly finds attractive. Itami expertly builds their relationship, careful not to rush into anything and allowing the reader to determine how they feel about Mizuki’s choices. Is she committing infidelity by longing to be with another man if she’s not actually acting on it?

Kiyoshi represents much more to Mizuki than simply a frivolous fling. She starts to reconnect with who she was before she married Tatsuya and that causes her to reflect on choices she’s made throughout her life, and the impact that’s had on her family. What Itami does here is present a very grown-up and considered story of a woman arriving at a crossroads and being on the precipice of exploding her life. Interestingly though, we feel for Mizuki throughout as she’s ignored by her husband and catering to the endless demands of her children. There’s not a moment where you feel disgusted or shocked with her, and that’s in large part to the engaging way Mizuki’s life is explained and laid out in Itami’s prose.

Outside of the main story, Itami gives a real insight into the culture of Tokyo and how different it is from the life we know. Mizuki is expected to be fine about her husband being AWOL most of the time and grateful that she can dedicate her life to bringing up two children. At times, she even points out that she knows she has a good life but that doesn’t stop her from feeling like there’s a gaping hole and there’s something missing. Oppressed by the society she lives in, Mizuki shares glimpses into the expectations put upon women in Tokyo and Itami paints a very vivid and engaging picture.

‘Fault Lines’ is a fairly short read but Itami packs plenty into her story. Easy-to-read, frequently funny and achingly thought-provoking, ‘Fault Lines’ doesn’t follow the path you’ll expect and it builds to a satisfying climax that feels earned. As a meditation on a marriage coming apart at the seams, the story has plenty to say and you’ll be surprised about how it makes you feel. If you’re expecting to read about a torrid affair with a huge fallout, then ‘Fault Lines’ isn’t going to satisfy you but if you want an intelligent look at woman going through a crisis, and the choices she makes, then this is a highly recommended read.

In this article:Emily Itami, Fault Lines