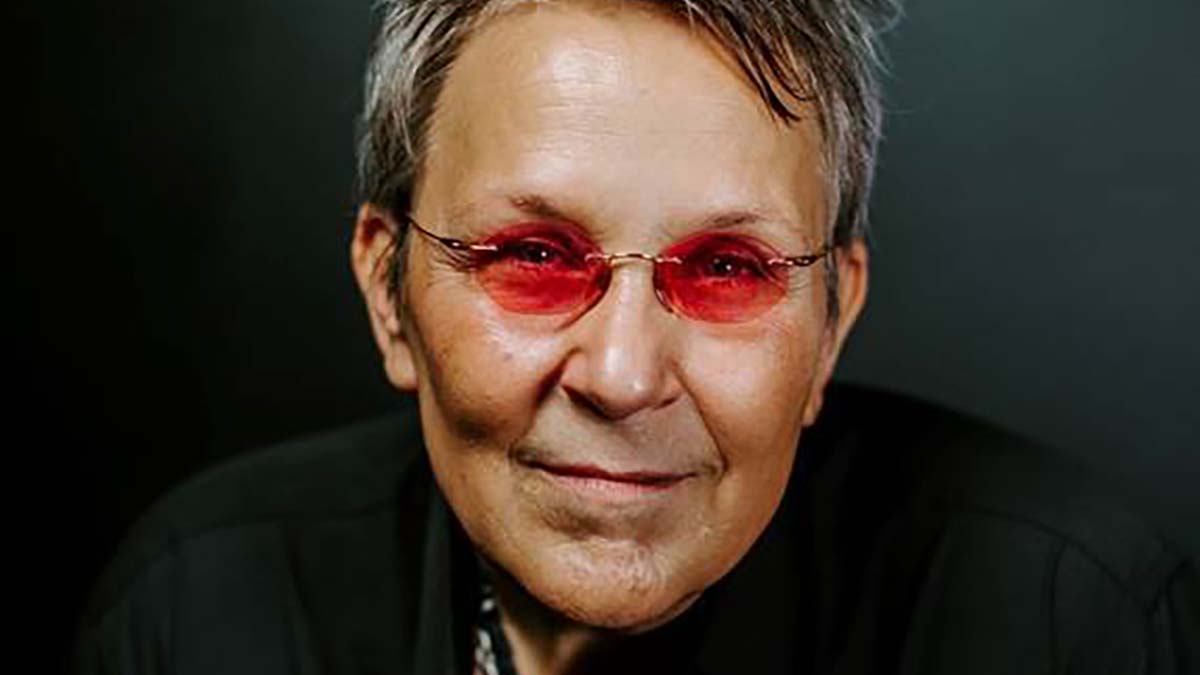 American singer-songwriter Mary Gauthier returns with her latest studio album, ‘Dark Enough to See the Stars’. As with so much of her remarkable catalogue over the last quarter of a century, ‘Dark Enough to See the Stars’ is an achingly beautiful collection of songs that celebrate life, contextualise loss and offer a perceptive insight into the human condition. From the opening number to the last, the album is captivating, leaving you in no doubt that you’re in the company of one of the great storytellers and songwriters of our age.

Where Gauthier’s previous album, the powerful ‘Rifles & Rosary Beads’ had dealt with the trauma of war and its impact on ordinary people, ‘Dark Enough to See the Stars’ touches on the trauma of loss during the pandemic. But it also rejoices in the good things in life. As with Gauthier’s celebrated early album ‘Drag Queens in Limousines’, there are moments of levity and joy to be found, not least in the opening tracks.

‘Fall Apart World’ is a feel-good celebration of love, the only emotion that can raise you above the clouds in a crazy, broken world. It’s a song to get the foot tapping, and the electric guitar accentuates the pragmatically happy lyrics. The positivity continues into ‘Amsterdam’, the first single from the album. A strong piano opening leads into Gauthier’s paean to the European city where she had previously spent happy times recording her music. The catchy chorus is one to sing along to, and the descriptive verses paint a vivid portrait of the capital. Jaimee Harris’ backing singing heightens the beautiful lyricism. ‘None of this is going to last, all of it is going to pass, but I look into your eyes and see, I’ve got everything I’ll ever need’ are the kind of pithy lines that encapsulate the message of valuing the good things in life.

The piano carries into ‘Thank God for You’, which finds inspiration from folk and gospel traditions. It is a full-blooded appreciation of the love of another, and the depths from which such faith can carry us. The exultant chorus is truly spine-tingling and makes you glad to be alive. There is a bravery to these songs: encapsulating love perhaps requires more of a show of vulnerability than loss. As always with Gauthier’s songs, they are replete with authenticity and relatability.

The acoustic guitar-led ‘How Could You be Gone’ is the first track to be inspired by tragedy. Through it, Gauthier condenses into song form the immediate reactions we have to learning of the death of a loved one, and the incomprehensibility of accepting that someone we look to for strength could suddenly be gone from our life. As the strings soar after the chorus, it’s likely the first moment (and there are generally several on every Mary Gauthier album) where the tears begin to prick. The effect is once again enhanced by Jaimee Harris’ haunting backing harmonies and the strings. It’s a beautifully-produced and moving song. ‘Where Are You Now’ follows naturally. Its sedate pace captures the feeling of time slowing as sadness overwhelms everything. If the previous track hasn’t already prompted tears, it’s likely that this one will. These exquisitely beautiful songs are, for the listener, a cathartic way of dealing with grief.

The title track, ‘Dark Enough to See the Stars’, cowritten with Beth Nielsen Chapman, is the song that contextualises the pain of loss through the startling image evoked by the Dr. Martin Luther King quotation. The closing lines are indicative of the power of Gauthier’s song-writing, choosing just the right words to convey complex and difficult emotions in ways that strongly resonate with the listener. The combination of piano and guitar on ‘The Meadow’ leads into one of the more introspective pieces on the album. For that reason, it’s a track that it’s possible to overlook on the first few listens, but it does reward repetition, revealing its message of reconciliation with attention. It returns to the imagery of starlight that plays such a prominent role in the album.

A blast of harmonica introduces ‘Truckers and Troubadours’. It’s one of those pairings, recalling ‘Drag Queens in Limousines’, that is intriguing even on its own. The life on the road for song-writers and long-distance drivers unites the unlikely kindred spirits. “I was just passing through,” indeed! The blasts of joie de vivre and gutsy vocals make this track, appropriately enough, great driving music, and provides another chorus to sing along to.

The album comes to a close with two of the most reflective tracks. ‘About Time’ contemplates the nature of love as we wrestle with the passage of time and our vulnerability as mortal beings. Framed with acoustic guitar and gentle piano chords, with a welcome return of harmonica, ‘About Time’ is the closing celebration of the primacy of love. Poignant in its delicacy, it’s one of our favourite tracks on the album. Perhaps saving the most elegiac until last, ‘Till I See You Again’ is another achingly beautiful track that is in equal parts song, poem and prayer. The sentiment is expressed with lyrics of heartfelt beauty, played out with acoustic guitar and piano. “May there be no more struggle, no more pain; may you sleep inside the stillness of the light, till I see you again.” In our interview with Mary Gauthier, she explains the origins of the song. For anyone contending with the loss of a loved one, and looking to make sense of it, ‘Till I See You Again’ will give emotional succour. I can’t get through it dry-eyed, but unlike ‘Where Are You Now’, there is a tender message of acceptance and even hope. The stages of grief are complete. The starlight is shining through the clouds. As the album closes, we know that another day will dawn, and we will see the sun rise again.

See our interview with Mary Gauthier where she talks about ‘Dark Enough to See the Stars’.

In this article:Dark Enough to See the Stars, Mary Gauthier, Thirty Tigers