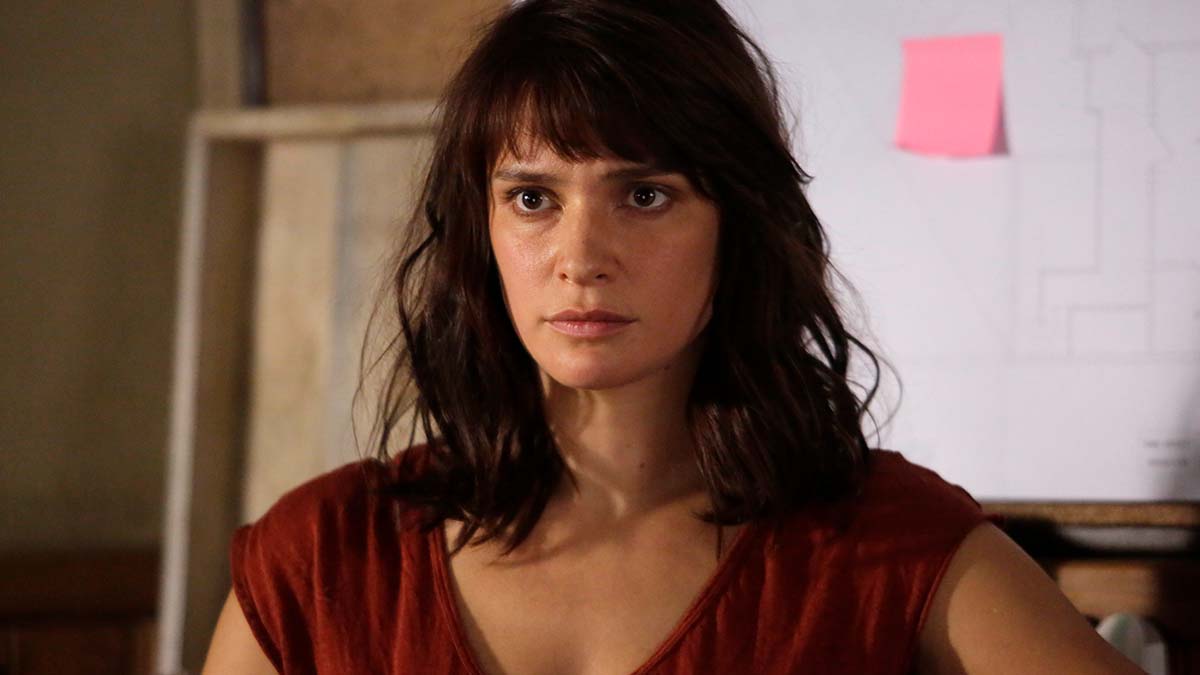 Walter Presents and co revisit a country that’s given us some fabulous crime drama in recent years – France – for this six-part thriller set in the French Alps.

Covering multiple time periods, ‘The Chalet’ is the story of Manu and Adèle who move to a chalet in a remote village called Valmoline where they plan to marry. Adèle is pregnant and her doctor suggested that a relaxing break away from the stresses of normal life might be good for her. Manu grew up in Valmoline, but the village has changed since his youth – the school has gone, the bakery has gone, and tourists find it too remote.

Twenty years previously, Jean-Louis Rodier, his wife, Françoise, and their two children stay in the same chalet. Jean-Louis is an author suffering with writer’s block. He hopes the move to the beautiful countryside with his family will cure that. It’s there that he meets the beautiful Muriel – the daughter of the owner of the only bar in town – with whom he falls in love. But within weeks, the entire family have disappeared. Did they leave of their own accord; or has something more sinister occurred?

Back in the present-day, Manu collects his friends from a nearby train station in preparation for the wedding. Included in the wedding party is Alice (Agnès Delachair) and her boyfriend Fabio. Alice was a childhood friend of Manu’s when the Rodiers were in town. As was the sinister Sébastien (nicknamed The Snake by Alice) who is now driving around in a Porsche with an actress girlfriend. Is he a reformed character, or still the serpent that Alice thought he was?

Also with a relatively small role in the series is the fabulous Thierry Godard, who many of you will recognise as Gilou from the finest of all French thrillers, ‘Spiral’. Godard plays Alexandre Grossange, an odd hermit (and former brilliant mathematician, apparently) who lives miles away from civilisation, hunting and living off the land.

The big finale to the opening episode sees the village cut off from the outside world. Without giving too much away, the only route into and out of the village is destroyed. And we all know that that usually means something bad is going to happen to the stranded bunch of characters.

There’s a lot going on here. Multiple time periods and a large cast make for an enthralling intertwining of characters and relationships. It can be a little hard to follow – but from what I’ve seen so far, it’s worth persevering with.

The Alps looks stunning, of course – having those mountains and hills as a backdrop is always going to be a winner. But there’s more to the show than the scenery. This is a well thought out thriller, with a complex and captivating plot – and with some fine performances from Lambert and others.

The French do this type of remote location thrillers extremely well – and ‘The Chalet’ looks like another hit.

Walter Presents: ‘The Chalet’ is available as a full boxset on All 4 now.

In this article:The Chalet, Walter Presents