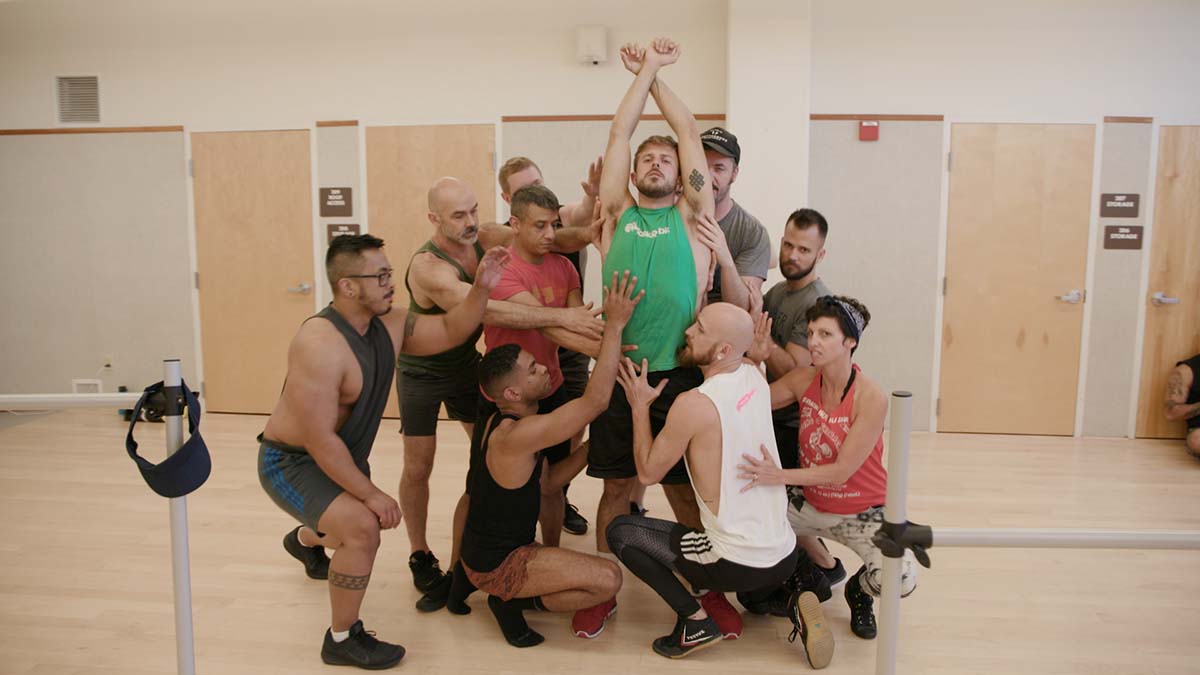 San Francisco’s Gay All-Male Revue Baloney is the subject of the documentary of the same name. Director Joshua Guerci takes viewers behind the scenes with co-creators Michael Phillis and Rory Davis as they prepare their show and perform in front of their adoring audiences. As well as providing a look at how Baloney comes together, Guerci invites each of the performers to share stories from their life allowing viewers a deeper look at the lives of gay men in the 21st Century.

‘Baloney’ is an undeniably charming documentary that doesn’t outstay its welcome but does really uncover just how much work goes into putting on a revue show. Baloney – the revue show – combines striptease, burlesque and comedy for a show that strikes a chord with modern gay audiences and evolves as the social commentary around the gay community does. During the documentary we get to see Phillis and Davis trying to pull together a show that is going to delight audiences while separating themselves from a typical striptease show.

The bond between the creators and their cast gets a lot of airtime here. They have the respect of their cast and manage to be able to separate out friendship from work. Creating a friendly and open environment, Phillis and Davis get the best out of their performers and they have a laugh along the way. Both men also open up about their upbringing as they explain why they decided to create ‘Baloney’, as well as their experiences on the gay scene in San Francisco and the different facets it contains.

Each of the men gets a chance to share their story and it’s Pablo Escobar (surely that can’t be his real name?) that really makes an impact. The very masculine looking performer at first seems intense until you get to know him and you see his funny and endearing side. He shares stories of how his intensity has caused him issues in life and he speaks candidly about turning his life around. It’s a solid reminder that performers such as Pablo are still human at the end of the day, and not just something to be objectified by hungry audiences.

‘Baloney’ is a surprisingly touching documentary that gives you a glimpse into the lives of the men that make up the revue show. In the hands of Guerci it’s much more insightful that I was expecting and it really does make you feel like you get to know each of the performers. A good mix of rehearsal footage, scenes from the show and candid conversations with the men, ‘Baloney’ proves that good intentions and a lot of heart can get you a long way.