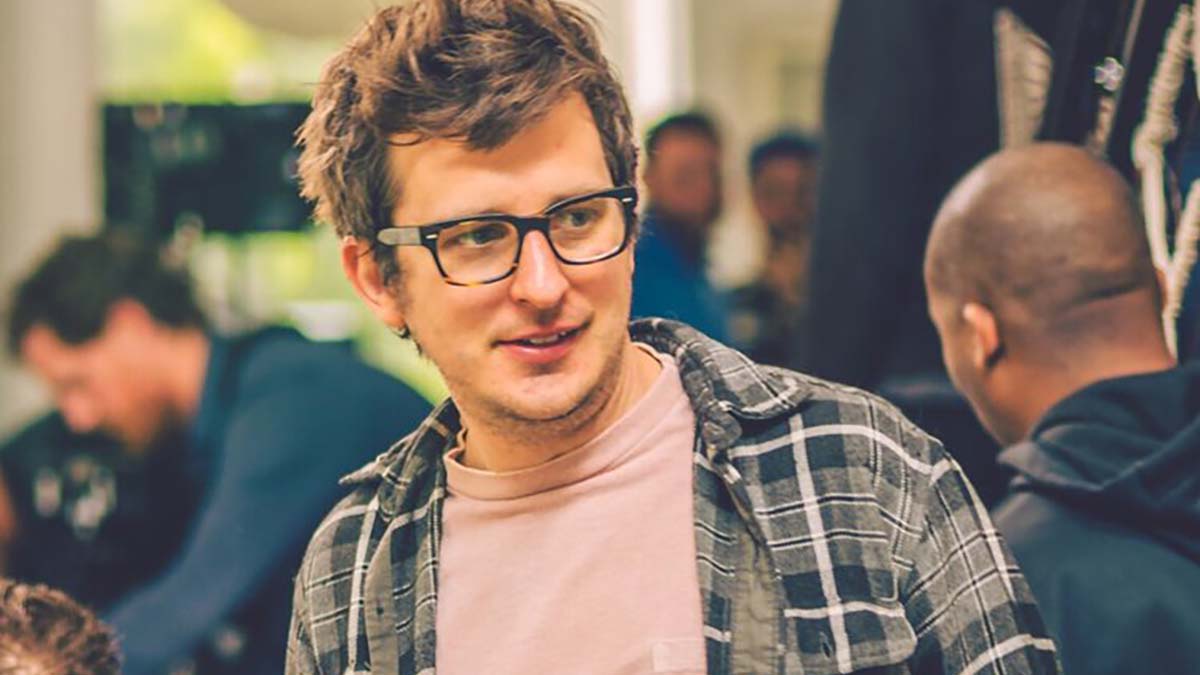 Joshua Guerci is the director of the recently released documentary ‘Baloney’, which tells the story of San Francisco’s gay all-male burlesque group of the same name.

The touching documentary focuses on co-creators Michael Phillis and Rory Davis as they put together their show and Guerci takes us into the lives of each of the men that performs in the group.

I spoke with Joshua recently to discuss why he made the documentary, find out what challenges he faced, and to talk about the reception it’s had on the festival circuit…

‘Baloney’ is about to be released on VOD. Why did you decide to make the documentary?

Michael and I had already collaborated on a couple projects before I started this film so I was familiar with his unique collaborative approach to writing and directing. He knows and trusts his actors often more than they know or trust themselves so he a very nurturing person. But I really learned we hit on a big story when I saw the rehearsals. These are stories about gay sex but they are also bearing their soul and sharing personal trauma on stage. Even when the number is a dick joke, Michael doesn’t shy away from layering in a narrative about our universal desire to love and be loved. And when you see the structure of the show, you know that there’s a bit of a bait and switch. People come for the hot guys but in the second act they’ll give you something sweet and tender. The show can be an intoxicating experience and it’s not just the strong drinks at Oasis. It’s emotionally revelatory.

The documentary really highlights the work and effort that co-creators Michael Phillis and Rory Davis put in to bringing Baloney to life. What were they like to work with?

Michael and Rory trusted me out of the gate. We had an understanding that this film would only work if I had free access into their lives and they gave me total creative control. They did not hire me to make this film so what you see is simply my love for Michael and Rory. And in the process of making the film they taught me so much about an adult who makes art and collaborating with other artists to make something special.

Why do you think Baloney has built the following it has?

Michael says the audience comes back to see a bit of themselves on stage and it’s absolutely true. Michael and Rory often get approached after the show by people saying they want to join the troupe and I think it’s because there’s a ritual aspect teaches the audience something about themselves. It draws you in with its beauty and it promises you a good time, which Baloney absolutely delivers. But midway through the second act, it leads you into the shadows and you see a bit of the glory hole peering back into you. And I really get off to those moments. I feel seen in a way that isn’t really expect.

As well as capturing the putting together of the show, you also delve into the lives of the performers. Why did you decide to do that and how easy was it to convince the performers to be so vulnerable on camera?

I wanted to show that these authentic stories all come from real lived experiences. The stage performance is not just Michael and Rory but also RP, Pablo, Andrew and Joe. Their shared experience creates the show and what I was thrilled to discover is how the show also shapes the performers in return. I’ve watched each and every member of the cast grow. And Michael’s so generous, his pride in creating this community really spills out. I feel like I’ve joined a family and I’m grateful for that.

In regards to getting people to open up, I think Albert Maysels was right when he said people nature is to reveal, not to conceal. The challenge is honestly, not to screw it up. If you listen to people and treat them with respect, they will show you unbelievable things about themselves. It helps if you can give them some vulnerability in return.

What was your biggest challenge while making this documentary?

As a straight ally, I knew that I needed to bring in collaborators. It was important to me that my LGBT audience was able to see themselves on screen, much like Michael shows his audience on stage. My best decision was to involve Marc Smolowitz in the story structuring and film editing process. On day one I told him I needed a Polly Plat to my Bogdanovitch and he really delivered. He has a talent for adding clarity to the creative process and bringing the best out of people.

What is the one thing you want audiences to take away after they’ve seen the documentary?

This is very much an adult show for adult audiences but there’s also a big part of ‘Baloney’ that’s about finding your identity, not just coming out but then finding your place in that community. Michael talks about having no community where he grew up and turning to pornography, not just to get off but also to teach him what it means to be a gay man. It goes to show that there’s an undervalued non-sexual aspect to queer identity and I think we’re just starting to have that conversation as a society.

I see a bit of that story echoed in Aaron’s journey as the straight man in the group. There’s something inherently queer about exploring one’s sexual identity and I love how Aaron does exactly this on stage with such bold confidence while being true to himself. It’s truly inspiring.

‘Baloney’ has been on the festival circuit. What’s the reaction been like?

Audiences have been appreciative! COVID has made festivals turnouts small they feel intimate and people stuck around for the Q&A sessions. I always thought it was corny when filmmakers say success has been humbling but it’s true. Marc and I created a film that now belongs to its audience and it fills me with joy to see that happen.

My brother Jon Paul is deaf and I’ve always wanted to do something to honor him and his community and also our time together growing up and how our relationship has shaped who I am today. There’s a term Deaf Gain that was coined by deaf artist Aaron Williamson, explored by academics Dirksen and Bauman and now starting to be popularized by actors Lauren Ridloff and Nyle DiMarco. The idea is to reframe the disability as diversity and explores the different ways that society is overall better off for having deaf people in it. It’s an idea that I’ve been familiar with my whole life and it’s been a thrilling journey explore these ideas a little deeper.

‘Baloney’ is available on VOD now. Watch the trailer below: