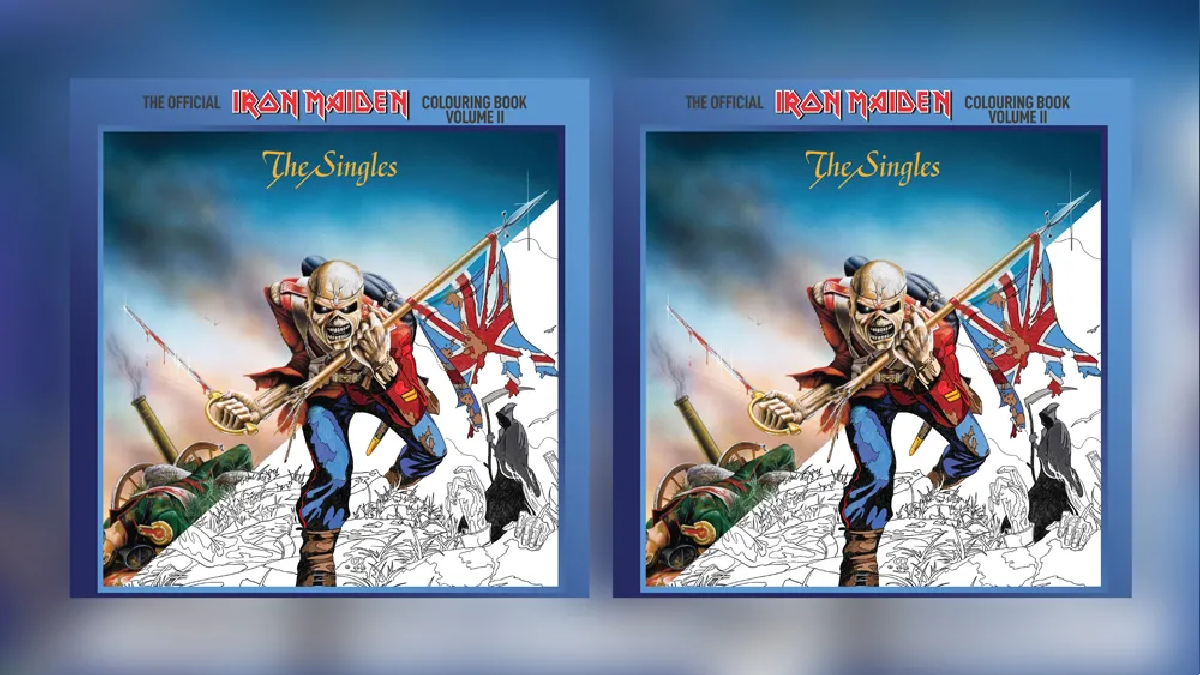 Iron Maiden have released their second colouring book! Yep, the British titans of heavy metal have branched out into the crowded and lucrative world of colouring books!

Following on from the successful first Iron Maiden book launched at the end of 2021, the new book focuses on many of the band’s popular single releases. Featuring iconic artwork and instantly recognisable images all printed on high quality paper in a square format fully endorsed and officially licenced, these amazing designs have the potential for hours of satisfying colouring in. The book encourages you to celebrate every detail of Iron Maiden’s iconic imagery, letting your imagination run riot as you create your own personalised versions of your favourite Maiden designs.

The book contains painstakingly created renderings of each image with detailed outlines ready for you to unleash your artistic skills using pens, pencils or paint. Including artwork from legendary singles such as ‘The Trooper’, ‘Run To the Hills’ and ‘Aces High’, plus more recent releases such as ‘Empire of the Clouds’ and ‘The Writing’s On The Wall’.