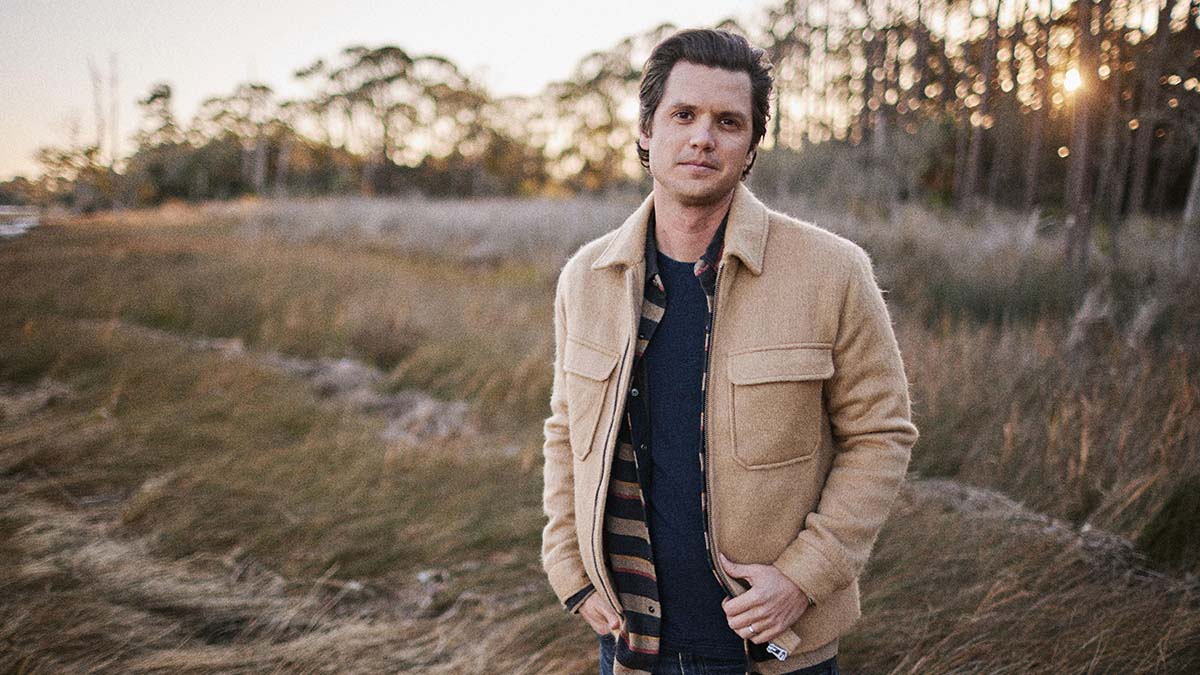 Steve Moakler is a Country musician and songwriter from Bethel Park, Pennsylvania, now based in Nashville, Tennessee. He has released six studio albums full of quality Country-tinged Americana and Rock and has written songs for Nashville recording artists including Dierks Bentley’s single ‘Riser’. It was 2017’s ‘Steel Town’ album that really brought Moakler to our attention and that was cemented on the following ‘Born Ready’ album, which is our particular favourite recording of his.

Moakler today (Friday May 20th) releases the first single and title track of his seventh album, ‘Make a Little Room’. The album of the same name is out in August and we were thrilled to grab 20 minutes of his time to talk to him about the new music and reflect on his career to date.

Thank you for your time, Steve, it’s great to speak to you.

And thank you for your time too.

Let’s dive straight in to your back catalogue before we talk about the new music. I’m a fan of your ‘Born Ready’ album from 2018. Do you have a favourite album or career phase or is that like asking you to choose between your children?

(Laughing) It is like having to choose between your kids, for sure! I look back fondly on all my different albums and cycles. There’s an album from 2014 called ‘Wide Open’ which was my third record and there’s something about where my head and my heart were at that time that makes that very special. I play a lot of the songs on that record still, today.

The ‘Steel Town’ album was very exciting. I’m very proud of the crafted, Country songwriting on that album. That record changed my life more than anything so the ride that that album took us on is something I’ll never forget. ‘Born Ready’ was the follow through phase of ‘Steel Town’. It was a ‘highway’ album and we were still out on the road during that phase.

You released ‘Blue Jeans’ just before the pandemic, which can’t have helped that album. Did you find the pandemic creative? Were the songs on the forthcoming ‘Make a Little Room’ album written during that period?

I’m so deeply proud of the ‘Blue Jeans’ album. I feel like, because of the pandemic, I didn’t really participate in the cycle of that album, which is disappointing. We released it, the pandemic happened and I went straight back into writing again because there was nothing else to do when you are just trapped in your house! (laughing)

Most of the new songs were written during the pandemic. I was coming to terms with not having a busy schedule and just living, like everyone else had to do. I resisted zoom writing for a while but after about a month or so went by I just felt I had to write some songs! The final track on the new album is called ‘Numbered’ and that was the first song I wrote on zoom that I loved!

How has your writing grown and evolved since you released your debut album ‘All the Faint Lights’ in 2009?

What a great question. I’ve gone through a couple of evolutions along the way I think. From my debut to my middle years I focused on the craft of writing, that was something I learned from being in Nashville. The journey for me has been about learning how to put all the emotions into clearer vessels that can hit people harder. A huge part of that was falling in love with Country music, which reached a peak on ‘Steel Town’ I think.

Now I’ve learned the craft and I’ve committed to it I’ve tried to get back to some more emotional stuff on the upcoming album. ‘Make a Little Room’ is going to be a cool blend of emotion and craft.

Have you had to learn or adapt to the business side of things too? You strike us, similar to someone like Sean McConnell, as being an album guy and yet the modern industry is all based around single content, TikTok and content, content, content!

I take that as a compliment, thank you, the ‘album guy’ reference. The short answer to that question is yes, I have had to adapt but I haven’t done TikTok or put out multiple EPs but I am open, I’m not a stubborn or closed off person.

What’s important to me are the songs and the connection with the audience. I prefer to make albums, that’s just how they come out for me. I like to make cohesive records with a clear concept behind them.

You and Russell Dickerson have nailed the ‘family-orientated’ social media content, that should be your thing, it’s heartwarming and authentic too.

That’s our life, man, I love that. They are really what I’m most proud of and I love that they can come out on tour with me.

So, here we are with ‘Make a Little Room’, the song and the album. We love the vibe of the song, it’s a wisdom song. What were the inspirations behind it?

Every record there tends to be a song that you almost cut but don’t and you hold on to it in case you need it in the future, ‘Make a Little Room’ is that song for me. I wrote it ages ago with Kelly Archer and Nathan Spicer and it was one of those songs that just came out naturally. It wrote itself really quickly.

Once the pandemic happened, the song took on a whole new relevance. It is a message that I value, if there are ‘core’ messages in my music, it’s what I am saying in ‘Make a Little Room’. Slow down, appreciate the little things and the people around you.

I’m a big fan of looking at the track list of albums I haven’t heard and working out which are going to be my favourite songs. With ‘Make a Little Room’ (the album) I’m going for ‘Autumn Came Back’ and ‘Start a Band’.

(Laughing) I like your style. I wrote ‘Autumn Came Back’ with Lucie Silvas, that title was her idea. It’s one of the only songs with electric guitar and piano on the album. We kind of leaned into this Brit Rock / Oasis meets Country music feel! It kinda rocks a little bit!

Lucie is an amazing person. We don’t write together often but we have been writing together for over ten years now. She’s so kind and encouraging. and I feel like she came into the write very open that day. It was such a fun, easy day writing ‘Autumn….’ with her. I don’t have a lot of heartbreak songs on this record but that one is one of them.

There are also a couple of heavyweight Nashville writers (Marcus Hummon and Neil Medley) on ‘Better Days’.

So, I written with Neil many times, he’s actually my neighbour you know? (laughing) We have a very comfortable relationship and very similar tastes in music. Marcus was always somebody I’d wanted to write with, he’s written so many great songs over the years.

Neil and I went over to Marcus’ house during the darkest time of the pandemic. It was leading up to the election and the BLM stuff was happening too and everything felt a lot at that point. I felt so anxious and heavy for the world and so ‘Better Days’ was the song that came out of that. Neil had the title and we just wanted to bring some hope to the world. We had all the windows wide open in Marcus’ kitchen and we were sitting far apart, just strumming and harmonising – it felt like we were the Eagles, you know? (laughing)

I’d love to release the work tape of that song. There’s such a spirit to it. ‘Better Days’ marked the aches and pains of the time.

Did you ever consider making the title of the album ‘Better Days’, that has a ring and a meaning to it?

I did yeah. ‘Better Days’ is really just a moment on the record, an important moment, but when I make an album and need a title I look for the song that has the biggest, over-arching theme that you can hang all the other songs on. ‘Make a Little Room’ was that song this time around.

Your ‘Hometowns and Campgrounds’ tours and shows that you and your wife Gracie have been doing from your Airstream has been the stuff of legend. I notice you have just started doing them again. How difficult is it doing these shows with two young children in tow now?

(laughing) The best way I can describe the shows now is ‘extreme’. (laughing) The fun and the highs and the sweetness is extreme, it’s so awesome being in different places every day with the family. The hardest thing is the reality of having two toddlers out on the road with us and I have to shout out my wife, Gracie.

Gracie is the hero of the tour. I’m the driver, I set it up and I tear it down. I perform and connect with the fans but it’s Gracie that sells the merch and then has to tend to the kids. She’s the hero. We definitely have our moments, man, for sure. Like when the kids are in the back crying or you’re trying to get somewhere and you’ve had to stop three times in 20 minutes, you know? (laughing)

I think there’s an African proverb that basically says, ‘Travel alone and you go fast but travel together and you’ll go far’. That’s kinda the mantra of the tour!

Steve Moakler’s ‘Make a Little Room’ song is out today (May 20th 2022) and the album of the same name will be released August 12th.