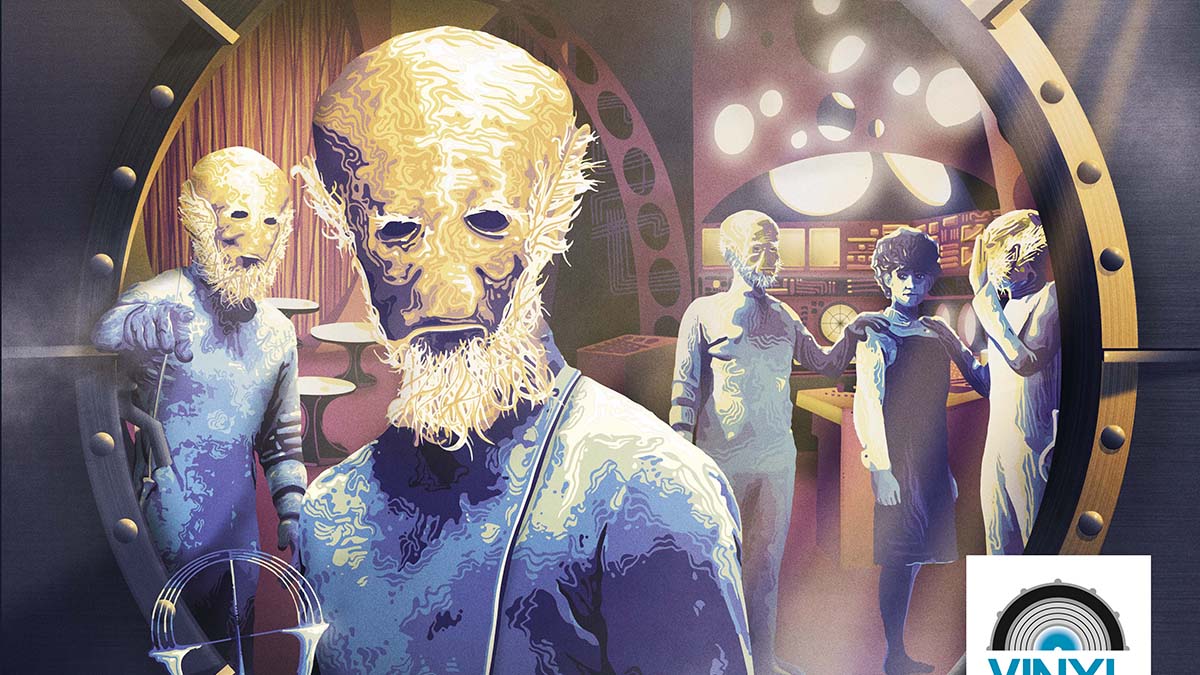 Demon Records is to release a narrated TV soundtrack from the very first series of Doctor Who, starring William Hartnell as the Doctor in August 2022. The six-part The Sensorites was originally broadcast in 1964 and featured Hartnell’s First Doctor alongside the earliest TARDIS crew of Ian (William Russell), Barbara (Jacqueline Hill) and Susan (Carole Ann Ford).

The TARDIS lands on board a spaceship, in orbit around a planet known as the Sense-Sphere. At first they think that all of the crew on the deserted ship are dead. But the Doctor and his companions soon learn that the humans have been imprisoned on their craft by the Sensorites, who blame them for the introduction of a fatal disease. When the Sensorites steal the TARDIS lock, the travellers are forced to go with the aliens to their planet and attempt to broker peace between the races. But many dangers lie ahead…

Presented across 3 x 140g Sense-Sphere marble vinyl discs, this 1964 TV adventure is narrated by companion actor William Russell. The supporting cast includes Stephen Dartnell, Ilona Rodgers and Lorne Cossette. Incidental music is composed by Norman Kay, and the familiar strains of the Doctor Who theme are courtesy of the BBC Radiophonic Workshop. It was directed by Mrevyn Pinfield and Frank Cox and written by Peter R Newman.

In this article:Demon Records, Doctor Who, The Sensorites, William Hartnell, William Russell