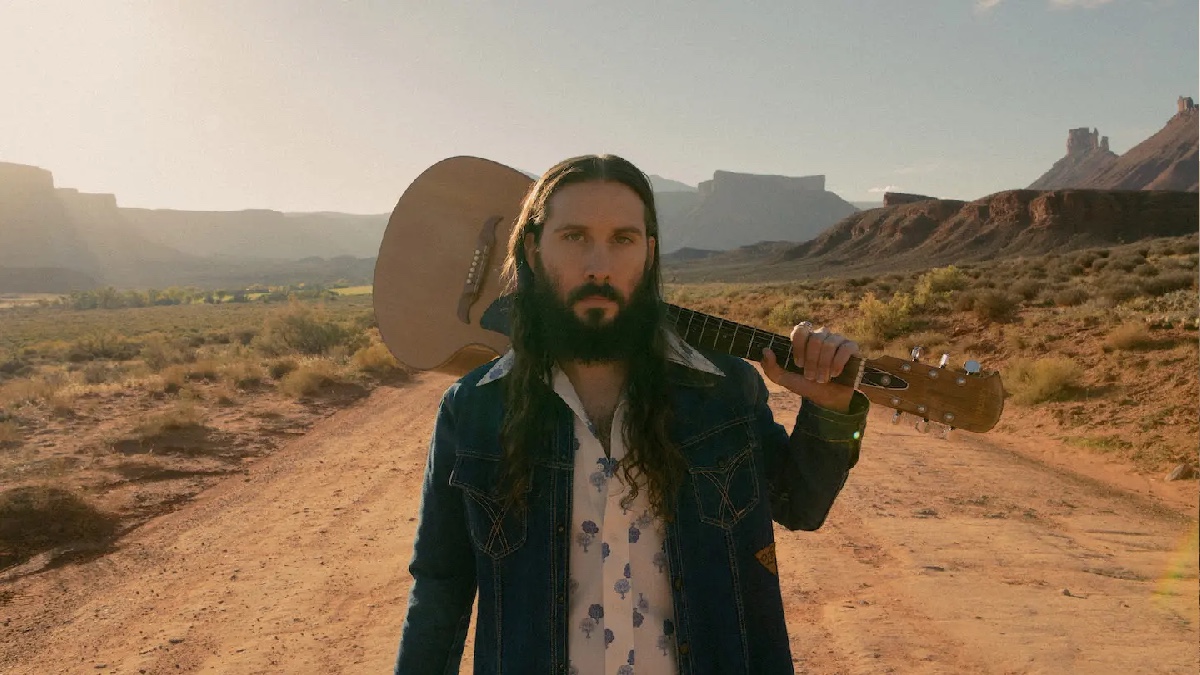 The West is having a real moment in music. Last month, Orville Peck’s ‘Bronco’ was released, showcasing the crooner’s voice in a cinematic Western style that combined flourishes of heartbroken country with Ennio Morricone’s spaghetti Western film soundtracks. This month, Avi Kaplan, formerly of the a capella group Pentatonix, releases his first solo album, in a somewhat similar style, perhaps leaning more to folk elements and the soul style of Bill Withers.

The comparison to Peck is apt, as both artists are, most prominently, dazzling vocalists. Kaplan has a gorgeous voice, and his range extraordinary, from a perfect high falsetto to deep, resounding bass notes. Kaplan’s voice has been compared, variously, to Lee Hazelwood and Richie Havens, but it is distinctive and entirely his own. Grammy Award-winning producer Shooter Jennings, (Brandi Carlile, Tanya Tucker, American Aquarium) knows this territory well, and he understands to how to surround Kaplan’s voice with exactly the right instrumentation to create mood; the mix by Trina Shoemaker, (Brandi Carlile, Queens Of The Stone Age, Sheryl Crow) keeps his voice at the front of the sound, right where it should be.

While there are similarities in the sound here with Peck’s album, the thematic material is quite different. Where Peck offered the listener songs about lonely cowboys, Kaplan’s writing delves less into classic tropes, and the focus of the writing is on his relationship with his family, and specifically, how much time he spends away from them, between touring and the separation of the pandemic. The closest overlap between the two, in terms of lyrical content, might come on the tracks ‘He Don’t Love You Right’ and ‘I’m Only Getting Started’. On the latter, he sings, “I’m bleeding out, but I carry on.”

On the first track ‘First Place I Go’ he sings, “I’m going to leave you out in the cold. ‘On My Way’ was a written as a letter to each of the members of his family — his mother, father, sister, and brother — with a verse for each. There are nods subtle nods to Kaplan’s Jewish heritage sprinkled across the album – the first tracks mentions the Galilee (a sea in Israel, known for being the place where Jesus walked on water); ‘Try To Get It Right’ references ‘the promised land’.

The band here is excellent. Chris Masterson (known for his work in Steve Earle’s band, The Dukes, as well as his own work in The Mastersons with partner Eleanor Whitmore) does his usual outstanding guitar work; what he plays here is a little different than anything I’ve heard him on before, and he does a great job. Singer-songwriter Joy Williams (formerly of the Civil Wars) provides excellent guest vocals on ‘All Is Well’. Daniel Ellsworth add’s effective piano, organ, and, unusual for this type of album, but effective, synthesizers. Ted Russell Kamp, a longtime associate of Jennings, provide his always sturdy work on bass. I wasn’t familiar with either of the pedal steel players on this album (John Schreffler, Jr. or Smith Curry), but their work sets a strong emotional tone. Aubrey Richmond’s violin provides just a touch of string work for atmosphere, and Jamie Douglass really holds it down on drums and percussion.

The highlight of this album, of course, is Kaplan’s incredible voice; it’s going to stand out on any project he does. His songwriting and the production here serve to bring out its deep emotional power, making a for highly listenable and enjoyable album.

In this article:Avi Kaplan, Pentatonix