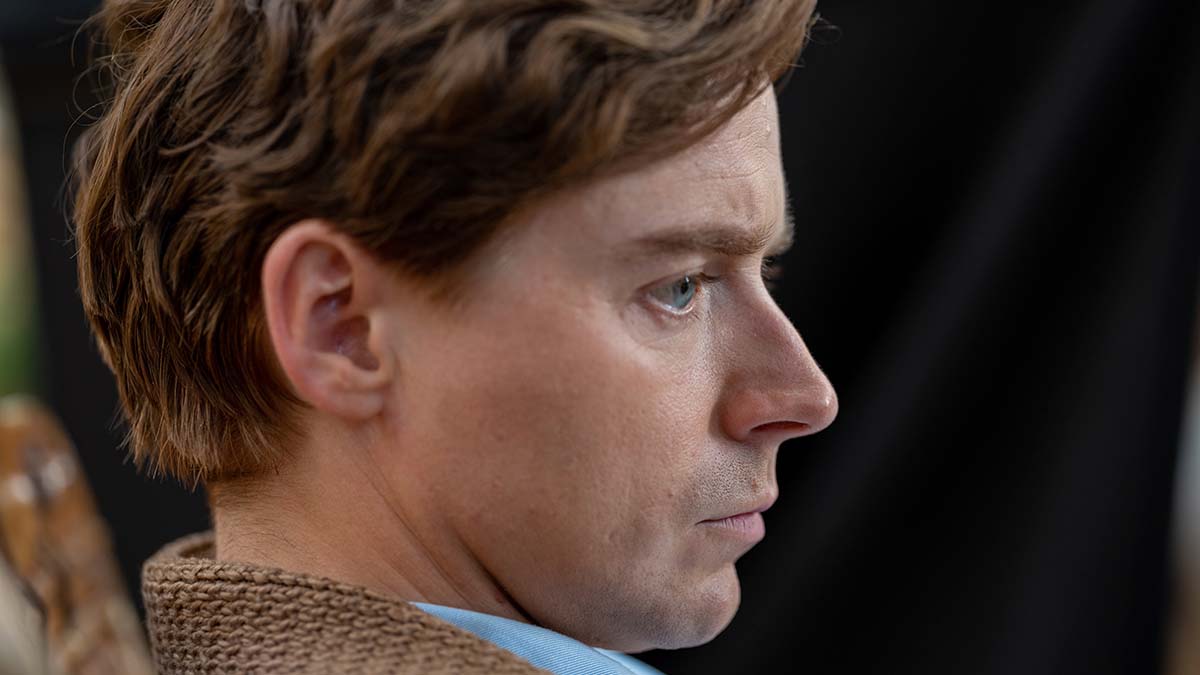 First World War poet Siegfried Sassoon (Jack Lowden) survives the horrors of the war and makes his feelings about the Government’s continuation of it well-known once he returns home from service. Processing his experiences through poetry, Siegfried throws himself into the arts scene while trying to keep his sexuality hidden from those around him. Hopping from bed-to-bed and meeting plenty of colourful characters along the way, Siegfried tries to reconcile his true self with the traumas he’s experienced and keep his life moving forward.

‘Benediction’ is the latest film from Terence Davies and it’s a lengthy biopic of the much-revered English poet Siegfried Sassoon. Less concerned with his time fighting in the First World War, the film flits past that during the opening and takes the viewer right to the moment where Siegfried stands up to his superiors to air his feelings despite risking serious consequences. Once he’s done that, the film shifts focus to the relationships Siegfried enjoyed with men he met during his life.

Not always as discreet as he should have been at the time, Siegfried is portrayed here as a character very much on the edge whose despair and grief threatens to get the better of him. In the safety of the arts scene, Siegfried can be himself to an extent and his meeting with Ivor Novello (Jeremy Irvine) sparks a passionate relationship whose writing is on the wall before it even begins. The spark between the two men is undeniable but as with all the relationships in Siegfried’s life, it wasn’t to last.

We get to see Siegfried in his later years too with Peter Capaldi playing the character. The culmination of all of his decisions during his youth are presented in fractious sequences of Siegfried with his wife and son, living the life he felt he should have been rather than the one he wanted. It’s a sad reminder of how difficult it was for gay men to live openly until more recent times, and Capaldi certainly captures Siegfried’s grief and frustration.

At the centre of everything is Jack Lowden, who portrays the young Siegfried. Lowden’s performance is what will keep you watching the film, even when the bleakness starts to become too much. He finds warmth in the character and manages to bring a little humour to the fore thanks to his delivery of the occasionally sharp dialogue. Jeremy Irvine is worthy of a mention too, camping it up as Ivor Novello and convincing as a thoroughly selfish human being.

‘Benediction’ is a solid film but it’s overly long and at times a little too meandering. The focus isn’t as tight as it could have been and despite Lowden’s strong central performance, the film definitely outstays its welcome. It’s also not the easiest film to get through with a dour tone running through it and little in the way of light relief but it at least offers plenty of Siegfried’s poetry. Davies gives a fairly thorough look at Siegfried’s life, especially his young years, but the film doesn’t always hit the marks it should and falls too often into all-too familiar biopic ruts.