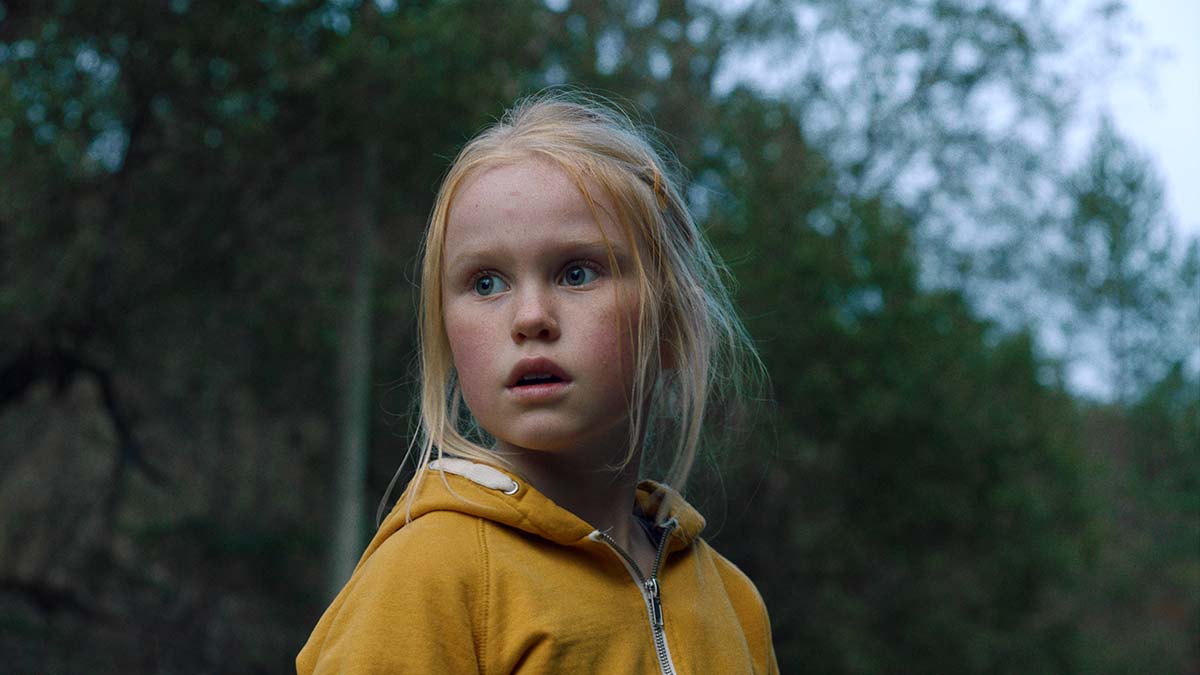 Ida (Rakel Lenora Fløttum) is fed up with the lack of attention she receives from her parents, who spend their time doting on her older sister Anna (Alva Brynsmo Ramstad), who is autistic. During the summer holidays she meets Ben (Sam Ashraf) and Aisha (Mina Yasmin Bremseth Asheim), and they become firm friends. Bringing Anna into the fold, Ida soon discovers that there’s more to her new friends than meets the eye and they discover that they have a deeper supernatural connection. As they explore their new-found abilities, things take a dangerous turn and what started out as harmless fun soon becomes a lot more deadly.

‘The Innocents’ has been picking up plenty of critical acclaim and I was gutted when I wasn’t able to catch it as Arrow Video FrightFest during the annual Halloween festival. The film is now heading into cinemas and onto digital platforms courtesy of Signature Entertainment, and it’s a deeply unsettling exploration of the crueller side of children. The film hints early on that Ida may not be as sweet as she appears as she’s seen pinching her sister Anna, believing that she can feel no pain when in reality Anna simply isn’t able to verbalise it.

Ida’s path takes a darker turn once she starts hanging around with Ben, a young boy who lives with his mother and is outwardly more sadistic. He attempts to goad her into torturing a cat that lives in their building and it’s not long before his twisted side is on full display. That scene is a hard one to watch and it’s a good example of just how uncomfortable writer and director Eskil Vogt wants the audience to feel. We all know that kids can be cruel to each other but seeing these children committing pre-meditated and mindless acts is wholly unsettling.

I understand what Vogt was trying to do with this film. He’s captured four children from different backgrounds that find themselves bored during the summer and wanting to explore boundaries. As children work out the world around them, they do behave in shocking and unacceptable ways, and by making them murderous Vogt will likely make a lot of parents feel very uncomfortable. The supernatural twist will be divisive. Aisha can communicate telepathically with Anna, and she’s positioned as the least threatening of the group, but the supernatural element isn’t explored in enough depth.

Vogt definitely draws solid performances out of his young cast though. They’re all pretty terrifying, particularly Sam Ashraf as Ben, and when Rakel Lenora Fløttum’s Ida smiles, you fear that something horrific is coming around the corner. The children all give convincing performances and their chemistry together definitely elevates the film.

‘The Innocents’ wasn’t as great a film as I was hoping it would be. There are some interesting ideas in there and Vogt’s idea is original enough, but for me, the execution was lacking. We get glimpses into the lives of the four children but not enough for us to understand why they behave the way they do. I couldn’t help feeling that the plot was designed more for shock value than anything else, and despite some strong moments, it just never came together into the impactful thriller I was expecting.