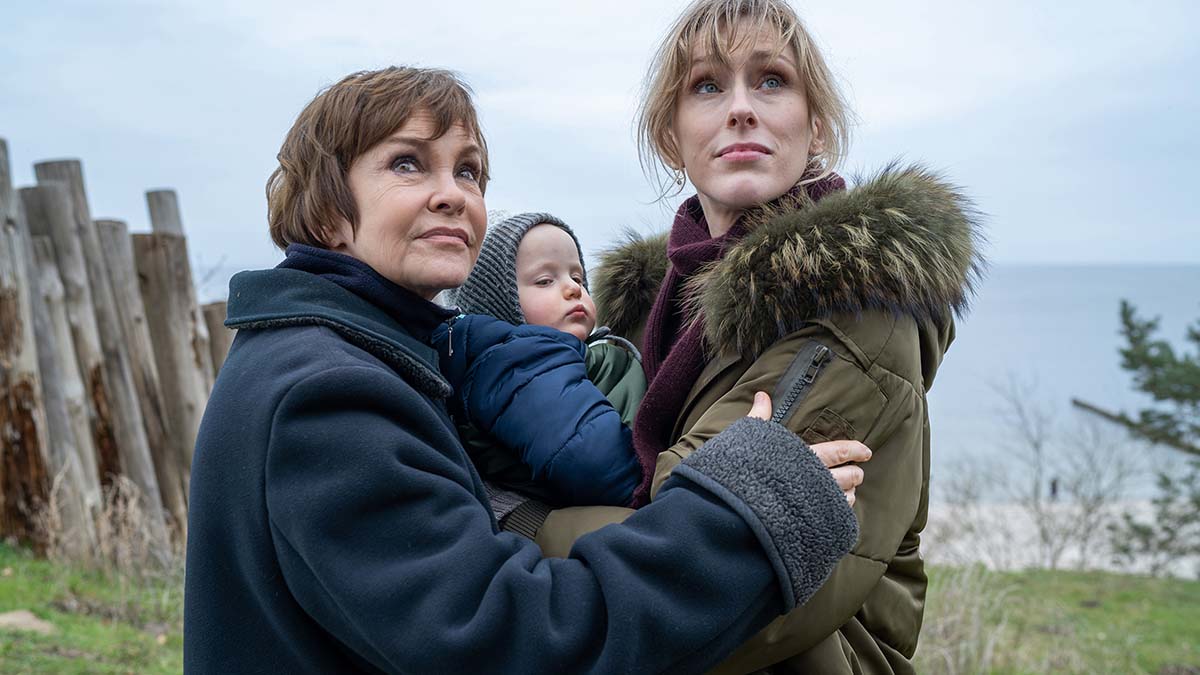 We’re on season three of entertaining thriller ‘The Nordic Murders’ courtesy of Walter Presents. I reviewed the opening episodes of the first two seasons, and this is basically more of the same.

Set in the German seaside resort of Kaiserbad on the island of Usedom, right by the Polish border, season three features ever-present former prosecutor Karin Lossow (the fabulous Katrin Saß, who has been in the series from the beginning) and her sidekick, detective Ellen Norgaard (Rikke Lylloff) – a Dane who was raised in Usedom. Ellen came onboard in season 2.

The opening 90-minute episode of Season 3 revolves around a bunch of misbehaving teenagers who are partying in the resort. But the following morning that revelry turns to tragedy when one of them is found dead in a sauna. Ellen immediately suspects foul play; and when it’s proved that the door to the sauna was forced shut, her suspicions are realised.

Additionally, a girl from the party is found in a distressed state nearby. She claims to have been sexually assaulted but seems to have no idea about who might have committed the assault. All the kids were high on MDMA, so recollections are sketchy at best. She and the boy in the sauna were friends, so how are the two crimes connected? It’s left to Ellen to unpick the puzzle.

Suspicion for both crimes fall on Ben, who happens to be the great-nephew of Karin, and who organised the party. It was also Ben’s Polish contact who supplied the drugs. Matters are complicated by Ben’s father – Karin’s nephew, of course – who is a police detective from Munich. When he turns up and tries to interfere in Ellen’s investigations, he only makes matters worse.

I made comparisons to the likes of ‘Vera’ and ‘Shetland’ in my previous reviews, and that stands firm today. The longer, 90-minutes format, gives the storyline room to meander and take us down paths full of red-herrings and dead-ends. But the denouement is satisfying and cleverly plotted.

It’s not perfect – the script is a bit pedestrian, for example. And one does question – regardless of how much MDMA they’ve all taken – how come virtually all the surly and uncooperative teenagers have zero memory of the night. But overall, it’s an entertaining journey. And the lead performances by Saß and Lylloff are excellent.

You don’t need to have seen seasons 1 and 2 to jump aboard; it might be useful for a bit of back-story, but certainly not essential. References are made to Karin’s past misdemeanours and jail time (she shot her philandering husband, hence why she’s an ex-prosecutor), but you don’t need to know all the ins and outs.

This is just the sort of TV show that appeals to people who enjoy traditional crime dramas – ‘Morse’, ‘Grace’, ‘Endeavour,’ ‘Lewis’, etc. It’s not in the upper echelons of the league table of crime drama, but nor is it relegation fodder. If you like these types of shows, give The Nordic Murders a shot – you may well get a taste for it.

Walter Presents: ‘The Nordic Murders’ Season 3 will premiere on 13th May 2022 on More 4 at 9pm. The full boxset available is on Walter Presents via All 4 after transmission of first episode.