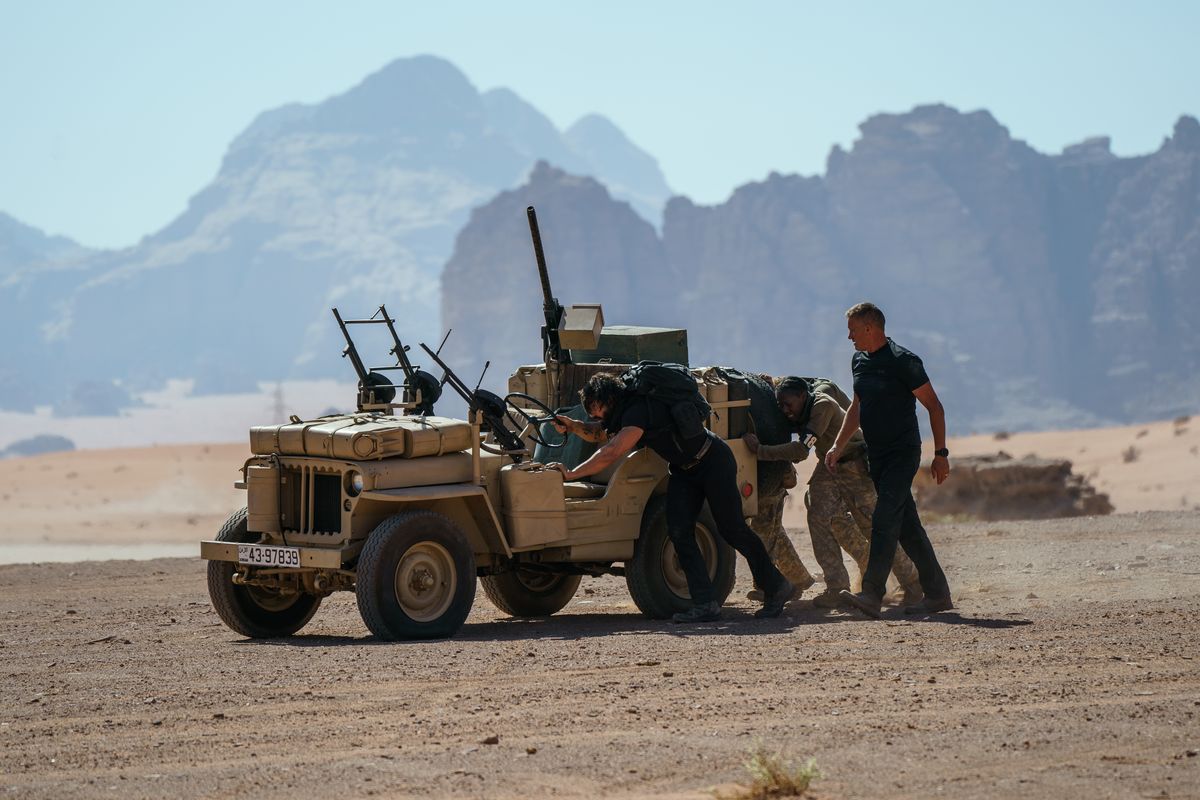 SAS: Who Dares Wins season 7 continued last week on Channel 4. During the fourth phase of selection the recruits were tested on Trust.

At the start of episode 4 it was announced that number 4, Abigail had voluntarily withdrawn from the course. The remaining recruits were brought out onto the parade square and asked to choose who they trusted the least. Everyone picked number 18, Shylla which upset her. Remi took her aside and gave her a pep talk.

The first task was Milling. This put the recruits against each other in hand-to-hand combat. The task is the most aggressive on the course and tests the recruits ability to control their emotions. All the recruits impressed by giving it their all.

Back at base, the DS team met and decided to bring in number 18 for tactical questioning. Rudy and Remi asked her how she felt about being voted as least trustworthy. She spoke of her struggles with social anxiety and racism. The DS explained that she was doing well but needed to come out of herself more to succeed.

The next task involved working in pairs to transport 70lbs of equipment up a 4,000ft mountain in 3 hours. To held carry the load each pair were assigned a mule. Controlling the mules and getting all the equipment to stay on their backs looked like an absolute nightmare. The final part of the task required them to leave the mules and carry the essential bits of kit themselves. It was too much for number 6, Flo and she decided to VW.

Back at base, number 3, Claire was brought in for questioning. She was struggling a bit with controlling her emotions. Billy and Remi gave her advice on how to deal with things. They told her to calm down, focus and give the rest of the course her best shot.

The final task involved sprinting up stairs to the top of a 260ft tower at the port of Aqaba. Once at the top they then had to rappel down in sync. This tested their teamwork and ability to communicate. Some pairs found this task easier than others.

In episode 5, only nine recruits remain as the trainers turn the spotlight on two recruits yet to make their mark. Stripper Reece and personal trainer Sarah are put in charge of teams in preparation for the most difficult phase of the course so far – escape and evasion.

After a beasting on base, the teams are pushed to their physical limits as they race to pull vehicles weighing 1000kg from the sand while, under indirect simulated fire, relocating them to a safe zone. Calls from home unsettle some and prompt an honest reflection of the cost of war from DS Rudy. The recruits being under pressure opens old wounds as some reflect on issues around bullying, infidelity and self-esteem.

SAS: Who Dares Wins series 7 continues at 9pm Sunday 8th May 2022 on Channel 4. Preview episode 5 with our gallery: