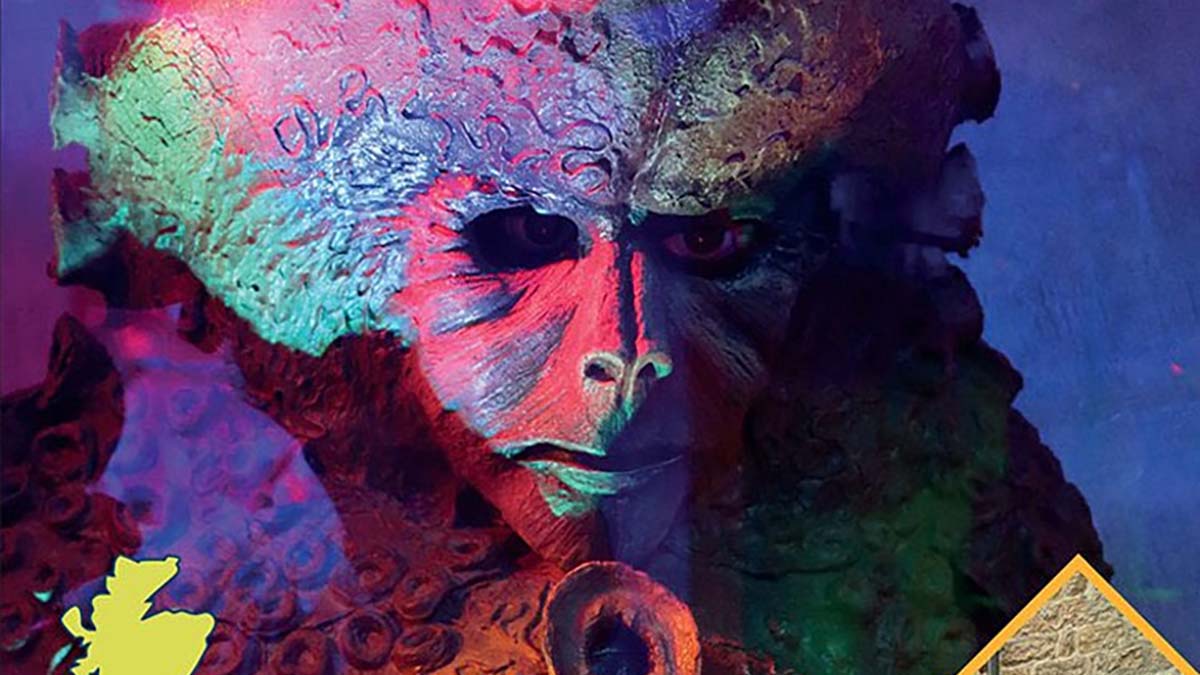 For those dedicated ‘Doctor Who’ fans who have taken pilgrimages to towns like Llangollen and Blackpool to be in the presence of holy relics from their most beloved TV show, ‘Doctor on Display – The Museum of Classic Sci-Fi’ will certainly resonate. Perhaps you may have already visited Allendale in Northumberland, not far from Hadrian’s Wall, to experience Neil Cole’s exhibition – the only permanent one left in the UK. Seeing the props and costumes from the show up close and in-person is always a thrill for ‘Doctor Who’ fans, recalling that childhood excitement on hearing the theme music, no matter how many decades have passed since you left your youth behind. Reeltime Pictures’ new release, ‘Doctor on Display – The Museum of Classic Sci-Fi’, is a natural successor to ‘Lockdown‘, which followed the ups and downs of dedicated ‘Doctor Who’ fans as they sought to keep themselves occupied during the height of the pandemic. It is presented by much-loved Seventh Doctor companion Sophie Aldred, who is as charming and warm in front of the camera as ever. Originally reporting from Shepherd’s Bush, which was the area in London in which so much early ‘Doctor Who’ was made, the documentary then hones in on the unlikely story of The Museum of Classic Sci-Fi.

The mastermind behind the exhibition, Neil Cole, outlines why he came to create a ‘Doctor Who’ exhibition beneath his house in the northern regions of England. Like all great British eccentrics, he is full of passion and enthusiasm, and tells a captivating story. This includes a battle with killjoy local councillors for the right to keep a Dalek outside the museum to attract passers-by. There is heartwarming footage from the official opening in 2018, when John Levene, who played Sergeant Benton during the Pertwee and Tom Baker eras, turns up in costume to meet the fans. The actor fully enters into the spirit of it, and is joined by fans in costumes recreating some of the best-loved monsters of the era. Davros even pops to the local grocery store to buy a packet of Hob-Nobs. Faces familiar to devoted ‘Doctor Who’ fans, such as David J Howe, are on hand to offer their views of Neil Cole’s extraordinary achievement.

Viewers of this short, affectionate 50-minute documentary will admire Neil Cole’s labour of love, and enjoy seeing Sergeant Benton and Ace amusing the fans and the locals at the museum’s official openings. There is an additional half-hour feature on the restoration of the costumes and props, many of which have been stored badly and have degraded over time. Cole explains how he rescued monster costumes such as a Terileptil and the Garm from their states of considerable decay. The incidental music is a touch intrusive at times, and the narrative occasionally lacks focus (though should be seen in the broader context of a range of documentaries about ‘Doctor Who’ exhibitions), but it captures well the timeless tale of triumph over adversity, one man’s quest to realise his dream, and the community spirit and goodwill that the enterprise has fostered.

‘Doctor on Display – The Museum of Classic Sci-Fi’ is one for those ‘Doctor Who’ fans with an enduring fascination with the props and costumes from the show. Footage of John Levene and Sophie Aldred (who at one point wields a baseball bat as she recreates her famous encounter with a Dalek) are bonuses that will delight fans. Certainly, the subject matter is a niche part of a larger niche, but it is a chance to immerse yourself in a part of ‘Doctor Who’ fandom that seldom sees the limelight.