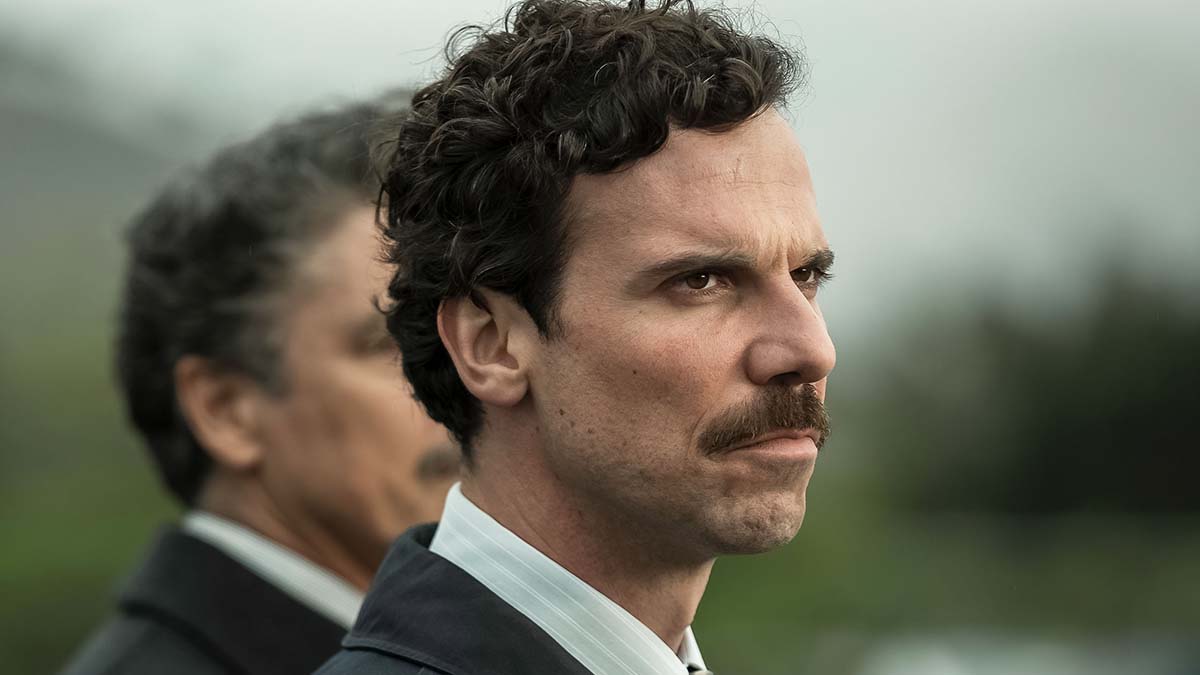 Set in early 1996 (the first season was set in 1993), this series is based – with a fair degree of creative licence – on the true-life events of Italy’s leading mafia-hunter, Saverio Barone, the eponymous hunter of the title. It follows his dogged pursuit of Gionvanni Brusca, the mafioso boss, who is evading capture after the events of season 1.

Saverio is getting married to the beautiful Giada. But with extraordinarily poor timing that only TV drama can deliver, he’s received notification of a tip-off to Brusca’s whereabouts. Leaving his poor bride on her wedding night, Saverio joins the operation to watch Brusca’s house 24 hours a day. But the mafia boss and his family aren’t daft; they keep within bounds of the house and don’t step foot outside, so as not to be spotted by nosy neighbours or inquisitive coppers. And – unbeknown to the authorities – there’s a secret tunnel (don’t you just love a secret tunnel?) giving Brusca free reign to come and go as he pleases without being spotted.

There’s a further complication for the police – the Brusca’s are holding a young boy, Guiseppe, hostage. He’s locked away in a basement somewhere, being guarded by Brusca’s brother. Therefore time is Saverio’s enemy, as he seeks to bring Brusca into custody before the boy gets hurt.

Saverio and his partner, Carlo Mazza, are assisted by the local police force as they wait for the right moment seize Brusca. When the time comes to strike, the raid is mismanaged with traditional police incompetence (in drama, anyway – I’m not casting accusations on the real boys and girls in blue) and the assault on the house goes wrong. By the time they get inside the property, Brusca and his family have fled via the tunnel and disappeared into the Palermo sunet.

This is season two of the award-winning series. It won Best Performance at the Cannes International Series Festival for Francesco Montanari, who plays Saverio. And the series itself was the winner of Best Crime Series at the Golden Umbrella TV Awards. One can see why; less kitsch than Montalbano, and less blood-thirsty than Gomorrah, this series has a lovely nostalgic feel to it. Despite being set only 26 years ago, it has the look of something much older.

If you like all things Italian, you’ll love this. It doesn’t focus on the undoubted beauty of the country, but more its seedy and corrupt underbelly. But the people seem real and earthy. They gesticulate and smoke. The men are sexist and arrogant; the women subservient and taken for granted. It’s not pretty in any shape or form, but it works – and the storyline, although relatively straightforward and uncomplicated, keeps you hooked.

I look forward to seeing how the show develops. It’s on its third season in Italy now, so clearly the show has legs.

The first episode of ‘The Hunter’ Season 2 launches on Channel 4 on 17th April at 11pm. Boxset available on Walter Presents via All 4 now.

Advertisement. Scroll to continue reading.
In this article:All 4, Channel 4, The Hunter, Walter Presents