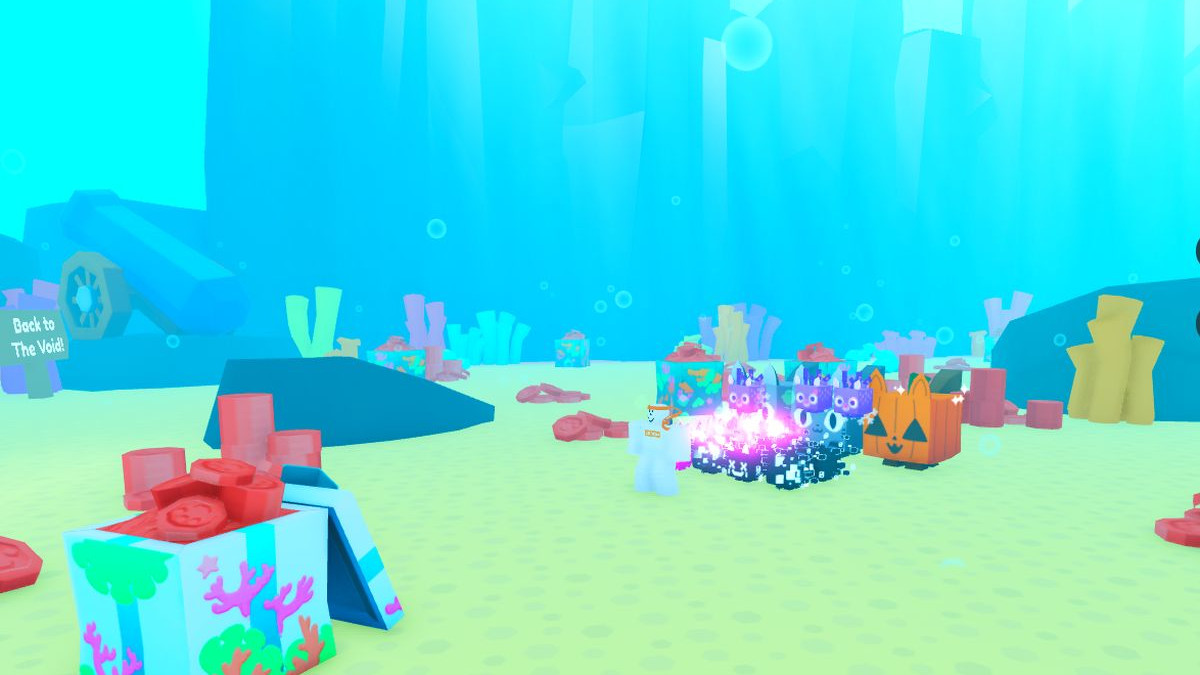 The Axolotl Ocean update was released last Friday on Pet Sim X and although it offers the usual new zones and pets to collect the new areas are still pretty much devoid of players. The reason for this is the ridiculous quest chain you have to complete before being able to access the new zones.

First, you have to break ten hacker chests in the portal area. This one isn’t too bad and can be achieved by most players. Next is collecting fifty loot bags, which is also doable and should only take about thirty minutes for most people. The final part of the quest is what seems to be keeping people out of the new area.

The final quest requires you to put three pets through the dark matter machine. FOr higher level players this isn’t a problem and if you have space you can easily complete this part in thirty minutes or instantly if you have robux to spend. Lower level players simply won’t have the inventory to complete this task or will have to wait a full five days for their pets to cycle through the machine. This has put up a big barrier to entry and smacks of a robux grab by the developers.

This, combined with yet another premium robux egg is starting to convince me that the developers only care about one thing, money. I hope this cynical approach isn’t here to stay and that the next update is simply made available to all players without us having to jump through hoops to get there.

Other changes in the update:

You can now delete exclusive pets from your inventory! Why? I don’t know? But you’ll be given a 2nd warning when attempting to do so. Just in-case.

Many parts of the map were updated with a modern look. Most notably, the fountains!

Some new achievements have been added!

The bank is *finally* accessible from the Tech World!

The pet collection interface received some minor adjustments. Most noticeably, huge pets are now sorted at the bottom.

Partners are now able to use cinematic freecam! Type, “/e freecam” in the chat to enable it. Looking to apply for partner? Join our Discord.